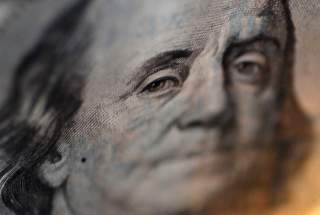 Few issues have gotten more headlines in recent months than North Korea, with its high-profile standoffs followed by historic summits—a looming crisis followed by an apparent lessening of tensions. Still, though, experts have long warned that further nuclear development remains “the next logical step,” and without a permanent agreement in place, fears of North Korean warheads capable of reaching the U.S. mainland are unlikely to go away.

In such a high-stakes environment, it is no surprise that the U.S. Missile Defense Agency (MDA) recently requested about $9.9 billion—$2 billion more than last year—to address potential threats from North Korea. But while protecting the nation is Congress’s first constitutional duty, it’s also important to ensure that any dollars spent on missile defense, or any defense program, are spent efficiently and effectively.

A significant component of the requested increase comes from a new MDA initiative known as the Homeland Defense Radar-Hawaii (HDR-H) that would place a massive new radar in Hawaii, similar to the Long-Range Discrimination Radar (LRDR) that will soon be deployed in Alaska. MDA also expects to acquire a series of similar, follow-on radars in a number of locations in the Pacific and Atlantic. Assuming these programs were an effective deterrent to the North Korean threat, few fiscal conservatives would quibble with the price tags. But as is too often the case, there are deeper problems that could make these programs wasteful and lead to a less secure nation.

Experts are rightfully pointing out major problems with HDR-H system. For one, as Major General Dallas Thompson recently wrote, “what is currently lacking is a set of rigorous, unambiguous requirements that will ensure the radars will, once fielded, be able to address and successfully operate within the actual threat environment.” Importantly, the stated requirements are consistent with legacy analog technology—not digital—and thus cannot be updated quickly or cheaply as threats evolve. As a result, this project could potentially set a wasteful precedent for future initiatives by encouraging outdated, and ultimately more costly, systems.

This blind spot is exactly the one that budget hawks have warned about for years, most recently in an open letter urging Congress to support cost-saving principles that can keep the country safe and a little more in the black. These principles include supporting open architecture, adaptable programs and prioritizing long-term costs and savings. With the defense industrial base on the verge of its digital transformation, legislators should be on the lookout for ways to encourage effective utilization of this new technology, rather than letting MDA fall back on soon-to-be outdated analog systems.

At the moment, Congress is already in the early stages of its discussions on Fiscal Year 2019 Department of Defense appropriations. Furthermore, while the inevitable fights between so-called “fiscal hawks” and “defense hawks” are sure to be on the horizon, even the most stringent fiscal conservatives support allocating whatever amount is necessary to protect the nation against true existential threats.

Examples abound of ways to reduce spending at the Pentagon that is both wasteful and unnecessary. The bigger issue facing many members of Congress is how actually to achieve these cost savings. While fiscal considerations ought never to be an object when urgent national security threats present themselves, the challenge lies in stopping the tedious ways that programs continue running up costs in the meantime.

Much has been written about the antiquated world in which Congress operates. This includes influential legislators who do not use cell phones or understand the basics of social media. Another example is the painfully archaic computer systems that Congressional staff is forced to use, ensuring that federal lawmaking often does not exist in the modern era.

At the least, any initiative that encourages outdated technology is troubling. And in an ever more unpredictable world, the idea of funding major programs that cannot adapt to changing threats is worrisome indeed.

Jonathan Bydlak is a fiscal policy expert and the founder and president of the Coalition to Reduce Spending and the Institute for Spending Reform, which spearhead SpendingTracker.org. and the Guide for a Strong America.

Image: A portrait of Benjamin Franklin on a U.S. One-hundred dollar bill is pictured at Interbank Inc. money exchange in Tokyo, in this September 9, 2010 picture illustration. The dollar neared a 15-year low versus the yen on Thursday as traders bet Japanese authorities were not yet ready to intervene in the currency market. REUTERS/Yuriko Nakao