Congressional Democrats Are Trying to Politicize the Federal Reserve 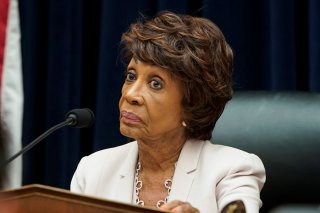 How to fix longstanding income inequality in America? The Democrats have an idea. It centers on forcing the Federal Reserve to make inequality key to its economic calculations. Former Vice President Joe Biden has issued a proposal demanding that the Federal Reserve systematically address “persistent racial gaps in jobs, wages, and wealth.” Now come leading Democratic lawmakers Maxine Waters, Elizabeth Warren, and Kirsten Gillibrand to go Biden one further.

This trio is sponsoring legislation called the Federal Reserve Racial and Economic Equity Act to compel the Fed to make inequality a centerpiece of its deliberations. Among other things, the Federal Reserve chairman would be obliged to testify regularly to Congress on the measures his institution is adopting to reverse wealth inequality. According to Waters, “The Fed can use its existing authorities to reverse the serious racial gaps in our economy, including in our current recovery from the COVID-19 crisis — and our bill will require the Fed to do so.” She added, "Systemic racism and inequality is not something that happens on its own. It is a result of specific policy choices and the Fed must take deliberate action to fix it."

This is too simplistic. The Federal Reserve’s current mission, which dates back to 1977, is pursuing the twin goals of price stability and full employment. Sometimes it needs to raise interest rates to ensure that outcome as it did under Paul Volcker during the late 1970s, when it brought rampant inflation under control. At other times, like today, it’s imperative to maintain low-interest rates, when the economy is tanking. But adding a third mission is likely to undermine, not bolster, the first two, which is why tying interest rates to lowering wealth inequality is a bad idea.

Shrinking wealth inequality, which has soared in recent decades, is the task of lawmakers and the president. It is essentially a political decision that is best addressed through tax and employment policy. So far, Congress has repeatedly exacerbated wealth inequality by embracing regressive tax policies that have amounted to a bonanza for the wealthy. The St. Louis Federal Reserve reports, “Wealth inequality in America has grown tremendously from 1989 to 2016, to the point where the top 10% of families ranked by household wealth (with at least $1.2 million in net worth) own 77% of the wealth “pie.” The bottom half of families ranked by household wealth (with $97,000 or less in net worth) own only 1 percent of the pie.

But the notion that the Federal Reserve can mirabile dictu efface wealth inequality is chimerical. The practical measures that the Fed could take to palliate, or even reduce, inequality are unclear. Anyway, financial markets rely on the Federal Reserve to make the right calls unmolested from outside political pressures. Trying to goose the economy on the basis of racial criteria would distort the free enterprise system. Fed Chair Jerome Powell has it right: "A tight job market is probably the best single thing that the Fed can do to support gains by all low- and moderate-income communities, and particularly for minority communities that are heavily representative in those groups.”

Waters and other legislators, by contrast, would end up vitiating the Fed’s ability to revive the economy. They are seeking an end-run around policy by turning to the Federal Reserve to boost the economy for a specific segment of the population. “As the COVID-19 pandemic crisis and its economic impacts disproportionately affect communities of color, and communities around the country march in the streets for justice, the Federal Reserve must do everything it can to ensure that the recovery is equitably shared,” Waters has declared. Certainly, Waters herself has a unique understanding of equitably distributing economic benefits, particularly when it comes to banks. During the last economic crisis, Citizens for Responsibility and Ethics in Washington named her one of the most corrupt members of Congress. Then-Executive Director Melanie Sloan observed, “By contacting then-Treasury Secretary Henry Paulson to request a meeting, allegedly for a group of minority-owned banks, but then arranging for only one bank – OneUnited, in which she had a financial interest – to attend, Rep. Waters violated House conflict of interest rules.”

Like President Donald Trump, who has ranted about the Fed, Waters and Co. seem intent undermining an institution central to the American economy. Trump, however, hasn’t gotten very far beyond periodic complaints about Powell. This past June, he tweeted, “The Federal Reserve is wrong so often. I see the numbers also, and do MUCH better than they do. We will have a very good Third Quarter, a great Fourth Quarter, and one of our best ever years in 2021. We will also soon have a Vaccine & Therapeutics/Cure. That’s my opinion. WATCH!” So far, none of what Trump predicted is occurring. Instead, the unemployment rolls continue to swell. But what Democrats are proposing as an economic cure may be worse than the fiscal disease. They would further weaken both the Fed and the economy, benefitting no one at all.