The Consequences of the Pandemic for China and the World 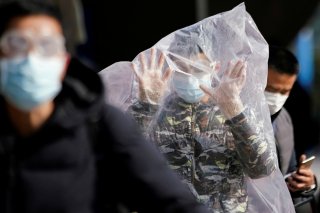 The consequences of the coronavirus pandemic are profound and borne by the rest of the world. There are five significant implications of the crisis for China and the world.

First, China’s reckless behavior has resulted in a very negative image of the CCP. It is discredited and distrusted by its own people as well as the rest of the world. China cannot return to the status quo before the outbreak. To address this, in the post-pandemic era within China, the Xi Jinping clique that rules the country will move to focus on its regime security that has shaken by the pandemic, in order to prevent a systemic collapse at all costs.

As a result, the CCP is likely to revert to a Maoist reign of repression. They will implement zero-tolerance of any dissent. An element of Xi’s strategy in response to the outbreak appears to be accelerated militarization of the state, implementing a military control system internally, and provoking military conflicts externally. Recent signs indicate that Xi Jinping has started a national military mobilization program in the midst of the pandemic, which including mandatory sign-up by all high school seniors for military service, and place the generals he promoted to provincial leadership, which can only be explained by that he attempts to grip on to power to dodge his culpability and liability for the disaster, as he is beset with troubles at home and abroad. Much like Germany before World War I, he will advance social-imperialism, creating an enemy such as the United States to incite nationalism. Additionally, as the CCP has done in the past, we expect him to follow the dictate of the “the best defense is a good offense.” That is, to provoke military conflicts to create external tensions to meet the challenge of the regime’s domestic and international contradictions, and to divert people’s attention from the pandemic, eventually realizing his “Chinese dream of national rejuvenation.”

Second, the Xi clique will intensify its ideological warfare against the Chinese people as well as the rest of the world. China’s propaganda apparatus will continue its campaign to re-create the image and narrative that Xi is a decisive leader, national hero, world savior and therefore natural leader and that China has done nothing wrong, instead, it is the U.S. that undermined global anti-pandemic efforts led by China. They will falsify their contributions to end the pandemic and point to the failure of the health systems in democracies to prove China’s governance model indeed superior. They will use big data and AI, united front work, and other paid mouths to censor criticism and speeches unfavorable to China, and to spread misinformation about the U.S. and its values. Specifically, China will smear President Trump and portray him as a failure, and unable to lead the world. The recent G-20 Summit is a good example. Chinese media created an illusion that it was a real meeting, not a video meeting, which took place in Beijing. Xi hosted the summit and delivered the only notable speech in his effort to lead the world in the fight against the pandemic. We also would not be surprised if covert operations were not already underway to ensure Trump will not be reelected.

Third, the world will enter an economic recession and reshuffle economic order and the global supply chain is unavoidable. China will face unprecedented economic hardship. The Xi clique will have to stabilize the domestic economy and handle the wave of factory bankruptcy and mass unemployment as more manufacturing jobs return to the United States and other states. He will resort to Mao’s planned economy, strengthen the state enterprises’ monopoly of all sectors, reduce the market share of the private sector, tighten state control over the market economy, and take the assets from the rich to help the party. China will continue to aim at the high-tech industry to attempt to leapfrog the United States to win economic warfare. Even if its presence in the U.S. market greatly diminishes, it will use the Belt and Road Initiative countries to encircle U.S. allies.

Fourth, we have learned of remarks in China on how this pandemic has also created a strategic opportunity for the CCP. While China has incurred significant deaths, economic losses, and damage to legitimacy and reputation, China also wants to continue to advance its objectives. Traditionally, the CCP relies on exports of revolution and infiltration to defeat its enemies. But this time, the pandemic offers a new option for its strategy of unlimited or unrestricted warfare against the United States and the West. But the unrest caused by the pandemic can devastate an enemy without even firing a shot. The essence of these remarks is that once the CCP discovered the virus certainly in early December 2019, it developed a strategy to protect the regime, blame outsiders for it, and continue to advance its interests in international politics even within the context of the virus.

Fifth, through this pandemic the world can now draw the contrast between a democratic society and the CCP’s China. The Trump administration and others must draw the contrast between the behavior of the Chinese and of the United States, which reveals the profoundly different political principles, respect for human rights, and radically divergent conceptions of international order. No stable international order can be constructed by the CCP, any order constructed by the CCP will be a strict hierarchy with China on top.  In contrast, despite all its boasts, the CCP particularly worries about how the United States will strike back against China for the damage caused by the CCP’s actions and misconduct of this pandemic. China’s desperation will make CCP anxious and greatly concerned about its survival. Thus, the world should expect that China will become more repressive, aggressive, and confrontational in the wake of the pandemic.

Bradley A. Thayer is a professor of Political Science at the University of Texas San Antonio and is the co-author of How China Sees the World: Han-Centrism and the Balance of Power in International Politics. You can follow Thayer on Twitter at @thayerhan1. Lianchao Han is vice president of Citizen Power Initiatives for China. After the Tiananmen Square Massacre in 1989, Dr. Han was one of the founders of the Independent Federation of Chinese Students and Scholars. He worked in the U.S. Senate for twelve years, as legislative counsel and policy director for three senators.