The Coronavirus and the US-Russia-China Triangle 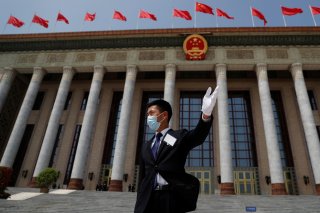 An all-star team of American and Russian experts addressed these questions and their answers can be learned in the video below:

• Paul Heer recently became the Center for the National Interest’s Distinguished Fellow for China and East Asia. A former National Intelligence Officer for East Asia, Dr. Heer has established himself as a key voice in our country’s public debate over rising Chinese power since leaving government service in 2015. His book, Mr. X and the Pacific: George Kennan and American Policy in East Asia, was published in 2018.

• Aleksey Maslov is Acting Director of the Institute of Far Eastern Studies of Russian Academy of Sciences. He is also Professor of East Asian Studies at the Higher School of Economics in Moscow.

• Stapleton Roy is a former U.S. ambassador to China and one of our country’s foremost China experts. He is the founding director emeritus of the Kissinger Institute on China and the United States at the Woodrow Wilson International Center for Scholars and author of countless publications on the U.S.-China relationship.

• Dmitry Suslov is Deputy Director at the Center for Comprehensive European and International Studies, at the National Research University Higher School of Economics in Moscow. One of Russia’s top foreign policy experts, Suslov is co-author of an influential study produced in cooperation with Russia’s Foreign Ministry on new directions in Russian foreign policy.