The Coronavirus Crisis Calls for an International Response 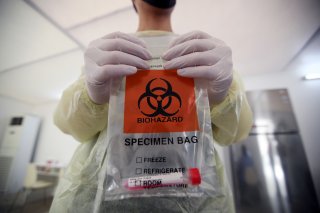 Amid all the headlines about the coronavirus pandemic, a notable development may have escaped the attention of observers. U.S. Deputy Secretary of State Stephen Biegun organized a conference call with close allies and partners to discuss the crisis and ways to coordinate their responses. The call featured senior officials from the governments of India, Australia, Japan, South Korea, New Zealand and Vietnam. The participants plan to meet in weekly conference calls.

Most of the populations in these countries are currently under lockdown orders or stay-at-home orders. While the coronavirus crisis continues to unfold, it is important to recall another time when the United States and its close allies and partners conferred intensely after another black swan event with tremendous transnational effects: the December 26, 2004, Indian Ocean tsunami.

In the aftermath of an earthquake in the Indonesian archipelago, a tsunami swept through the region, killing more than two hundred thousand people, mostly in Indonesia, Sri Lanka and Thailand. Nations from around the world responded by providing disaster relief to the affected countries. The U.S. military conducted Operation Unified Assistance to deliver relief. The USNS Mercy, which is currently operating off America’s West Coast, was among the ships that participated in relief efforts.

This episode illustrated the critical importance of diplomatic cooperation and operational coordination when the United States works with its treaty allies and strategic partners. The United States, India, Australia and Japan formed an active coordination group known as the Tsunami Core Group, run by senior diplomats from the four countries. CNA examined this crisis response coordination, particularly between the United States and India, in a 2014 study, Improving U.S.-India HA/DR Coordination in the Indian Ocean.

It is true that the coronavirus crisis presents operational differences with the tsunami relief efforts. In particular, there is no critical infrastructure damage around which militaries can focus their relief efforts. Nevertheless, there are some similarities, and therefore lessons to be learned, at the strategic level. All four governments have considerable stakes in how they address this crisis within their own borders and how they demonstrate leadership in planning their overseas responses. At present, all are summoning the power of their militaries in various ways. At the same time, all four are currently engaged in larger, strategic-level competition with China over the rules and norms in international politics and economy. Notably, Biegun’s conference call did not include a representative from China, the source of the outbreak.

There are several takeaways and lessons to be learned from the international response to the tsunami. First, after banding together to address a transnational, non-traditional security crisis, the Tsunami Core Group members eventually moved on to traditional security cooperation based on shared geopolitical interests and threat perceptions. The group laid the foundation for the Quadrilateral Security Dialogue of the United States, Japan, Australia and India. In particular, the tsunami response advanced U.S.-India strategic relations by providing an example of how the bilateral defense relationship could function in operations. At the height of cooperation under the Quad grouping in 2007, the four countries participated in a naval exercise called MALABAR, which Beijing criticized as being focused on containing China.

Although this grouping eventually dissolved due to differing threat perceptions of China, the Quad consultations have been resurrected in the past few years, even at the ministerial level. In September 2019, Secretary of State Mike Pompeo met with counterparts from India, Australia and Japan. Will cooperation on the pandemic, another non-traditional security issue, intensify the geopolitical, traditional security cooperation between these democratic powers as they continue to view China’s rise with concern?

The second takeaway from 2004 is obvious: China was not a member of the Tsunami Core Group, nor did it provide significant relief assistance to affected countries. In 2004, however, China was not the economic and military powerhouse that it is today. Allies and partners coordinating on a plan to battle the coronavirus, also known as COVID-19, should consider opportunities to work with Beijing where useful. As Washington envisions a new era of great-power competition with China, there is room for cooperation between competitors as outlined in a recent CNA report and demonstrated in other non-traditional security experiences such as counterpiracy in the Gulf of Aden and the search for Malaysia Airlines Flight 370. U.S.-China relations during the response to the pandemic will inform our understanding of the full spectrum of U.S. strategic options going forward in this era of great-power competition.

The third lesson from the Tsunami Core Group is the clear value of allies and partners to U.S. crisis response operations. In addition to the former Tsunami Core Group countries, Biegun’s call included South Korea, New Zealand and Vietnam. The weekly meeting so far appears to have a regional focus, but long-standing, global U.S. allies such as France and the UK should eventually be invited to participate. These countries are often conceived of in the transatlantic context, but they are close U.S. allies with global territories, responsibilities and operations. For its part, France is deploying two Mistral-class naval ships to the Caribbean and western Indian Ocean for the coronavirus response under Operation Résilience. Meanwhile, the UK navy continues to maintain its overseas deployments and stands ready to deliver humanitarian assistance when requested.

As Deputy Secretary Biegun continues his diplomatic efforts and as the State Department has announced financial assistance to global partners, the time is ripe for the U.S. military to follow this lead through coordinated operations with other countries. While policymakers are understandably focused on mitigating the domestic crisis, the United States will soon need to demonstrate its ability as the leading global power to deliver relief when requested overseas. Although the majority of confirmed coronavirus cases and deaths are now in the advanced economies, the outbreak is expected to worsen in developing countries, which could quickly become overwhelmed. At present, six Indian navy ships are reportedly on standby to deliver relief to neighboring countries when requested, while the country remains on lockdown and Indian military services are responding domestically. Given the unknown trajectory of the pandemic, U.S. military officials should begin discussions with allied and partner counterparts such as India and France to explore options for coordinating operations—perhaps in a “COVID Core Group.”

Nilanthi Samaranayake directs the Strategy and Policy Analysis program at CNA and studies non-traditional security issues affecting U.S. allies and partners globally. The views expressed are solely those of the author and not of any organization with which she is affiliated. This article was originally posted to CNA’s InDepth blog.