The Coronavirus Has Created a New Trade Battle 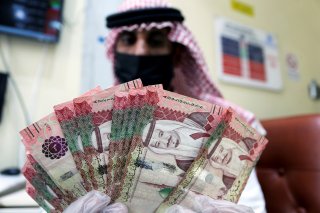 The quick fix to confronting the economic havoc wreaked by the global pandemic and give some ease to political anxiety may well be to build up trade barriers. That certainly seems to be the case as the world’s leading nations agree in principle to present a united front against a global pandemic, but are unable to come up with a concrete roadmap for cooperation. Neither the G7 nor the G20 has been able to make much headway except to make verbal commitments for cooperation. Instead, actions taken over the past few weeks have often flown in the face of international cooperation and have actually raised levels of suspicion and hostilities. The most striking of these actions have been the closure of borders, even those that sit between staunch allies, and the build-up of trade barriers. The end result has been a sharp turn away from cooperation and a surge in protectionism, particularly by discouraging exports of critical goods and ramping up production of much-needed supplies solely for domestic use.

The coronavirus is, of course, first and foremost a global health crisis. Yet even the most pessimistic of forecasters acknowledge that the health threat would peter out some time in the future, though when exactly that may happen remains in question. The world economy, on the other hand, may not recover quite as easily, in light of surging unemployment rates and plunging asset prices in a matter of weeks. It has already significantly changed the international trade landscape as well, reflecting the fear of policymakers meeting the needs of its citizens. Granted, trade negotiations have always been motivated by political as much as economic considerations, but the pandemic has accelerated not just the tone, but the actions of governments to reflect growing economic nationalism, most notably through export restrictions. The longer the viral spread continues, however, the higher the trade barriers will become.

The pandemic has undoubtedly shifted the equation of power and currency. Suddenly, countries that are able to demonstrate their ability to control the pandemic’s spread and provide necessary healthcare are gaining more respect as effective governments. Conversely, nations that are seen as ill-equipped to deal with the contagion are rapidly losing their luster and global influence. Currently, the acute shortage of medical supplies and equipment from ventilators to test kits and masks worldwide has meant that countries that are able to have an adequate supply of those much-needed goods are wielding greater political power. But rather than striving to exert that influence for greater international cooperation, trade barriers are being put up to ensure that goods remain within national borders. Countries including key U.S. allies such as France, Germany, and South Korea have implemented legislation to outright ban or impose export restrictions on medical devices including respirators, protective gear, and masks which are urgently needed in growing numbers worldwide. The number of countries that could follow suit is likely to increase amid growing calls domestically to meet their own national needs first.

Preemptive protectionist measures to prevent the necessary medication from going overseas are already moving forward too. India, for instance, will no longer allow a drug to treat malaria from being exported, even though there is no evidence of hydroxychloroquine actually being effective in treating the coronavirus. The United States, too, has looked to protect itself at the cost of other countries, with the White House reportedly trying to buy out a German pharmaceutical company involved in coronavirus vaccine research to relocate to the United States and to produce the end product for U.S. use only.

But there is growing concern that the reflexive reaction to keep supplies at home will extend beyond  medicine and medical equipment. More export restrictions and trade barriers are being erected in response to the pandemic, most notably for food. As countries look to secure their own borders and feed their people, the risk of food shortages in countries heavily dependent on imports will become much bigger as a result of protectionist trade policies.

The decision by the world’s third-largest rice producer Vietnam to stop exporting rice overseas as it aims to stockpile 190,000 tons of rice for its own citizens will certainly raise prices in the near term. Moreover, it will increase worries about food security in neighboring countries, especially the Philippines which is one of the biggest importers of Vietnamese rice. Russia, meanwhile, is expected to establish export restrictions on grains up to seven million tons, while Kazakhstan will be banning exports of flour, sugar, and other agricultural products for the next three weeks. Enforcing export restrictions is likely to become an increasingly popular political tool amid growing worries about the contagion’s spread and a country’s ability to weather the pandemic’s storm.

The trade landscape has undoubtedly evolved as quickly as the coronavirus spread. Until the virus had spread well beyond China and East Asia, the trade impact of the coronavirus was seen first and foremost as a disrupter of the existing supply chain. The fragility of the supply chain and heavy dependence on Chinese production lines, in particular, had already been noted amid the escalating U.S.-China trade friction for the past three years. The coronavirus made those fragilities increasingly clear and also pointed to the weakness of the modern production system of excessive specialization of production, and lacking in inventories in order to pursue maximum efficiency. Even when the worst of the COVID outbreak is over and the world attempts to go back to business, manufacturers will be forced to reassess their production system and reconsider where and how much they produce at any given time. The goal would be to strike a balance between efficiency and hedging against unexpected risks including natural disasters and political change as well as global health crises and other unpredictable occurrences. Those considerations would ultimately strengthen global trade.

Yet the longer the pandemic persists, the more difficult it may be to break out of the cycle of erecting trade barriers in the name of economic security. Certainly, calls for ensuring more critical goods including pharmaceuticals are made domestically will gain greater strength, and expectations for more manufacturers to relocate their factories from overseas will increase. At the same time, countries like the United States that have eschewed pursuing industrial policies until now may well be driven to have a more top-down approach in identifying and investing in critical industries; however, those industries may be identified. Above all, a rise in economic nationalism is expected, especially with consumers and businesses less willing to travel far and hesitant from investing in China in particular. As the struggle to push back against the pandemic continues, the trade landscape has already changed significantly and global relations are unlikely to return to how they were before the outbreak.