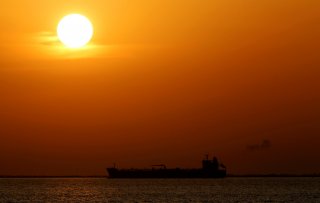 Michael Moore’s surprising anti-renewables and environmental-movement documentary “Planet of the Humans” unmasks the trillions being spent on wind turbines and solar panels that do not deliver as advertised. The movie attacks men like former Vice President Al Gore, David Blood and Elon Musk for making billions through renewable taxpayer handouts, and electric vehicle production that strip landscapes of wilderness and precious minerals leaving them uninhabitable and worthless for plants and trees. The ecological destruction left in the wake of renewable energy to electricity farms and subsidized biomass-fueled power plants is cynical at best, and mercenary in their ability to destroy nature’s ability to alleviate the coronavirus via cleaner air.

What Moore exposes is the “renewable energy sector as not being entirely green or clean as well as criticizing large corporation for virtue-signaling on the issue.” Whereas the new movie, Juice: How Electricity Explains the World advocates for energy poverty to be eliminated through electricity for the globe, Moore’s film highlights the dark side to renewables.

As an example of renewables problems—if the Indian Point Nuclear Plant (IPNP) in Buchanan, New York that is slated to be closed were replaced by wind turbines the consequences would be rising emissions over increased fossil fuel use since renewables need 24/7/365 fossil fuel backup; and bucolic surrounding lands would be destroyed. This is why: IPNP uses approximately one kilometer of land to deliver 25 percent of New York City’s electrical needs, and nuclear is carbon-free. Conversely, it would take thirteen hundred kilometers of wind turbines to equal the same amount of electrical generation power.

The environmental destruction wind turbines create is extraordinary—“building one wind turbine requires 900 tons of steel, 2,500 tons of concrete and 45 tons of plastic.” New, gigantic turbines spanning football fields are now coming online offshore and onshore in the United States and other western nations.

British prime minister Boris Johnson catches coronavirus, and his country struggles with an unstable grid over the widespread adoption of renewables for electricity. In the age of the coronavirus those are life and death matters if electricity is hampered for any length of time.

Renewables then make no sense when the entire world is sick. Only using Warren Buffet’s logic does chaotic wind power bring financial wealth when he said: “We get a tax credit if we build a lot of wind farms. That’s the only reason to build them. They don’t make sense without the tax credit.”

Large renewable firms in the United States expect future, yearly taxpayer subsidies to reach over $60 billion; this doesn’t include other direct loan payments and financial arrangements that wind and sun farms need to survive. Imagine $60 billion invested in medical supplies, pharmaceuticals, hospitals and medical personnel to save lives and discover a vaccine?

Unemployment numbers are skyrocketing, but in Wisconsin power subsidies have diverted public resources into rising electrical prices and lost jobs. A detailed study revealed billions wasted and ten thousand jobs per year eliminated to make way for green-energy jobs, which never materialized. Real jobs were lost for jobs that need billions in taxpayer handouts to exist.

Neighboring Minnesota has the same results from their implementation of wind turbine energy to electricity farms over reliable natural gas, coal, and nuclear for their electricity. Add U.S. dependence on China for rare earth minerals, which solar panels and wind turbines are useless without—makes clean energy a costly proposition—during this global pandemic.

What makes the entire notion of relying on chaotically intermittent renewables dangerous is a seminal work by energy expert Robert Bryce titled, “Question of Power: Electricity and Wealth of Nations,” which highlights this startling fact:

“Roughly 3.3 billion people—about 45 percent of all the people on the planet—live in places where per-capita electricity consumption is less than 1,000 kilowatt-hours per year, or less than the amount used by a refrigerator.”

Take into account globally there are still sixty-six hundred coal-fired power plants in use, and hundreds more planned in China and India; showing the United States, the western world, and developing world needs affordable, reliable, affordable, abundant, and flexible energy to electricity than fossil fuels and nuclear provide to fight this pandemic.

Uncertainty is the one constant the coronavirus has shown. Long-term planning is no longer en vogue—now it’s understanding cratering oil prices, a possible Great Depression in the United States if the country doesn’t get back to work soon, trillion-dollar deficits as the new norm, and prosperity taking a backseat to police-state-like shut-ins. More damning for renewables than endless subsidies or billions needing electricity is the fact that without fossil fuels the coronavirus would rage unchecked.

Over six thousand products come from a barrel of crude oil—including every part in solar panels and wind turbines. Additionally, renewables can’t produce plastic for plastic gloves, ventilator parts, pharmaceuticals, building materials for hospitals and protective gear for doctors and nurses. All those products begin from crude oil, or as the Wall Street Journal states—“Big Oil to the Coronavirus Rescue.”

We are at a “nexus” during this pandemic of choosing between life-saving products coming from crude oil, or renewables that destroy lives, jobs, taxpayer protection, electrical grids, landscapes, and the ability to fight the coronavirus. Choosing reliable energy sources over renewables that still need decades of research to improve their energy density and reliability is the prudent choice during these nail-biting times.