Could North Korea Become the Next Singapore? 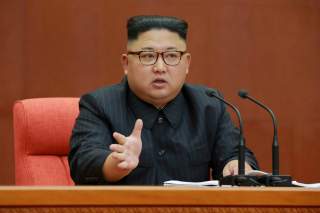 Did President Trump choose Singapore as the site for next Tuesday’s summit with North Korea’s Kim Jong Un by accident? No way. One of Trump’s wildest cards in his unorthodox path to this meeting with Kim Jong Un is his vision of a prosperous North Korea. As Trump put it last week, “I truly believe North Korea has brilliant potential and will be a great economic and financial nation one day.” Trump’s tweet concluded: “Kim Jong Un agrees with me on this. It will happen!”

If the objective were to excite the imagination of the leader of one of the most impoverished, isolated nations on earth, it is difficult to imagine a more captivating picture than Singapore. This modern megapolis is one of the wonders of the modern world.

With a population about twice the size of North Korea’s capital Pyongyang, Singapore has a GDP per capita that is 38 times larger than North Korea’s. Indeed, today Singaporeans are richer on average than Americans and twice as rich as South Koreans.

Fifty three years ago when Singapore became an independent country under its founding prime minister, Lee Kuan Yew, the poor, notoriously corrupt port could have reminded one of North Korea today. But thanks to extraordinary leadership, a full embrace of the magic of market economics, and integration into the global economy, Singapore has soared. If one compares its record with that of its neighbor the Philippines, on the one hand, or Zimbabwe (an African analogue that declared independence just a few years after Singapore), on the other, the results are stunning.

Of every thousand children born in Singapore today, only 2.2 die in infancy. The United States’ infant mortality rate is three times that level. In the Philippines, the number is 21 out of 1,000, and in Zimbabwe, 40. In the Bloomberg Rankings, Singapore was judged the world’s healthiest country.

Each year the World Bank produces Governance Indicators metrics on government effectiveness, regulatory quality, rule of law, and control of corruption. Singapore leads the United States by a significant margin on each of these measures, and is not even on the same page with the Philippines and Zimbabwe. Scores on prevention of graft and crime show similar results.

While Freedom House’s annual report on democratic participation and personal liberties ranks the US close to the top of the international league chart and puts Singapore in the bottom half, behind South Korea and the Philippines, Lee Kuan Yew made no apologies for his nation’s political leadership. As Lee, who died in 2015, put it provocatively: hundreds of thousands of people who live in the democratic Philippines want to come to Singapore; how many Singaporeans want to move to the Philippines?

Undoubtedly, Kim Jong Un has no plans for North Korea adopting American-style democracy. His paramount objective is to remain, like his father and grandfather, Supreme Leader for life. But he could find a form of governance closer to that of Singapore, or more likely China, appealing.

Indeed, he may hope that by opening up North Korea’s economy, he can strengthen, rather than diminish, his hold on power. Both Lee Kuan Yew and China’s Xi Jinping have argued that political legitimacy depends, first and foremost, on performance. As Lee put it, “the ultimate test of the value of a political system is whether it helps that society establish conditions that improve the standard of living for the majority of its people.” To Western ears, the claim that an autocratic state can govern more effectively than a democratic one sounds heretical. But in the case of Singapore, it is hard to deny that the nation Lee built has for the past five decades produced more wealth per capita, more health, and more security for ordinary citizens than any of his competitors.

Today, Lee Kuan Yew is remembered, as Barack Obama put it, as “one of the legendary figures of Asia in the 20th and 21st centuries. He is somebody who helped to trigger the Asian economic miracle.” Can the legendary salesman who is now America’s president seduce Kim Jong Un with the prospect that he could lead a North Korean economic miracle? As Trump wrote in his Art of the Deal, “I play to people’s fantasies. People may not always think big themselves, but they can still get very excited by those who do.”