Could the U.S. Lose a War with China Over Taiwan? 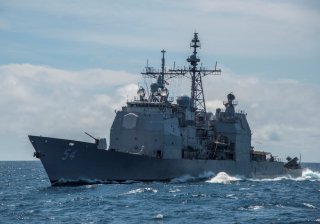 During a town hall last week, when asked whether America would defend Taiwan against a Chinese assault, President Joe Biden answered: “yes.” In response, China’s foreign ministry stated unambiguously that, to prevent the loss of Taiwan, Beijing is prepared to go to war. If China were to attack Taiwan, and the United States sent military forces to Taiwan’s defense, could the United States lose a war with China?

When current Deputy Secretary of Defense Kathleen Hicks and her fellow members of the National Defense Strategy Review Commission examined this question in 2018, they concluded: maybe. In their words, America “might struggle to win, or perhaps lose a war against China.” As they explained, if in response to a provocative move by Taiwan, China were to launch an attack to take control of that island that is as close to its mainland as Cuba is to the United States, it might succeed before the U.S. military could move enough assets into the region to matter. As former Vice Chairman of the Joint Chiefs of Staff Admiral James Winnefeld and former CIA Acting Director Michael Morell wrote last year, China has the capability to deliver a fait accompli to Taiwan before Washington would be able to decide how to respond.

Former Deputy Secretary of Defense Bob Work, who served under three Secretaries before retiring in 2017, has been even more explicit. As he has stated publicly, in the most realistic war games the Pentagon has been able to design simulating war over Taiwan, the score is eighteen to zero. And the eighteen is not Team USA.

This scorecard might shock Americans who remember the Taiwan Strait Crisis of 1995-1996 when China conducted what it called “missile tests” bracketing Taiwan. In a show of superiority, America deployed two aircraft carriers to Taiwan’s adjacent waters, forcing China to back down. Today, that option is not even on the menu of responses that Chairman Mark Milley would present to the President.

How did so much change so quickly? A forthcoming report from Harvard’s China Working Group on the Great Military Rivalry documents what has happened in the military race between China and the United States in the past decades, and summarizes our best judgments about where the rivals now stand.

First, the era of U.S. military primacy is over. As Secretary of Defense Jim Mattis put it starkly in his 2018 National Defense Strategy, “For decades the U.S. has enjoyed uncontested or dominant superiority in every operating domain. We could generally deploy our forces when we wanted, assemble them where we wanted, and operate how we wanted.” But that was then. “Today,” Mattis warned, “every domain is contested—air, land, sea, space, and cyberspace.”

Second, in 2000, A2/AD—anti-access/area denial systems by which China could prevent U.S. military forces from operating at will—was just a People's Liberation Army (PLA) acronym on a briefing chart. Today, China’s A2/AD operational reach encompasses the First Island Chain, including Taiwan and Japan’s Ryukyu Islands. As a result, as President Barack Obama’s Under Secretary of Defense for Policy Michèle Flournoy put it, in this area, “the United States can no longer expect to quickly achieve air, space, or maritime superiority.”

In the current climate where American political dynamics are fueling increasing hostility to China, insistence on recognizing the military realities may seem unhelpful. But as former Deputy Secretary Work has noted, the Chinese leadership is more aware of everything he has made public than are most members of the American political class and policy community who have been expressing views about these issues.

The reason for confronting ugly realities is not to counsel defeatism. On the contrary, it is meant as a call to act now to change these facts. There are many things Taiwan could do to make itself a much harder target, including deploying a protective barrier of smart mines. There are many asymmetric systems the U.S. military could deploy that would raise the costs and risks for China of a military assault on Taiwan. There is an even longer and likely more impactful agenda of initiatives the United States could undertake with the other instruments of American power in the DIME—diplomacy, informational, military, economic—arsenal that would make China’s leaders worry that the costs and risks of an attack on Taiwan would exceed the benefits.

Unfortunately, a clear-eyed observer would remind us that Taiwan and the United States had similar opportunities a decade ago. Nonetheless, previous failures need not be a predictor of future performance. The question now is: will they?

In the meantime, clear-eyed recognition that the current military balance over Taiwan has shifted dramatically in China’s favor does not mean that the United States would not come to Taiwan’s defense. Chinese strategists remember 1950 when the Truman Administration declared unambiguously that Korea was beyond the U.S. defense perimeter. Despite those declarations, when Communist China’s ally in North Korea launched an assault on South Korea, the U.S. did come to South Korea’s defense. China and the United States soon found themselves at war. While the United States had taken no position on Taiwan prior to the Korean War, during the war, the 7th Fleet positioned itself in the strait between China and Taiwan, effectively creating a de facto American security umbrella. For the Chinese, this was the beginning of the enduring narrative that they lost Taiwan for a generation.

Finally, the biggest takeaway from the recent history of Taiwan is that imaginative diplomacy offers a much better way for parties to both secure their interests and avoid war. When the United States and China established formal relations under Presidents Richard Nixon and Jimmy Carter, statesmen recognized that the issue of Taiwan was irresolvable—but not unmanageable. The diplomatic framework they created wrapped irreconcilable differences in strategic ambiguity that has given all parties five decades of peace in which individuals on both sides of the strait have seen greater increases in their well-being than in any equivalent period in their history. Much has changed over these decades in China, in Taiwan, and in the United States.  In this grave new world, the most urgent and consequential international challenge for President Biden and his team is to craft a twenty-first-century analog that will extend this peace for another half-century.