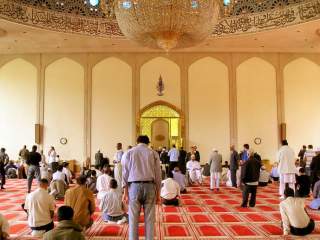 In the immediate aftermath of the events in Brussels, little was known about the perpetrators of the attack. Soon after, ISIS’s Amaq News Agency claimed responsibility. Amaq posted an official statement on social media in several different languages, including English, French, Russian and Arabic. On the heels of the official statement came an outpouring of pro-ISIS messaging across social media. Tweets from sympathizers and fighters cascaded through Twitter. Evidently, ISIS calibrated its social media blitz just as carefully as it did the physical attacks in Brussels. Just as in the aftermath of Paris, the online campaign will continue in the coming weeks with more photos, videos and other propaganda tools.

Thus far, the international community has yet to find a way to successfully and effectively fight back online. The lack of a clear vision and consensus on the content has hindered the ability of foreign governments to build up a credible online presence. Furthermore, the sheer volume of pro-ISIS accounts alone poses a problem for any large-scale social media operation that could be effectively undertaken by the international community.

The messaging itself has been an issue, as social media posts continue to simply denounce the actions, practices and beliefs of violent extremists. These posts are the equivalent of a father telling his child, “Stop doing this. It’s bad for you.” Violent extremists have not only been able to successfully promote their ideologies online, but have provided narratives of an alternative life.

And that’s exactly what the international community should do.

Any social media campaign should not simply counter the narrative of extremism, but provide an alternative to it. There needs to be a good governance campaign online that illustrates the benefits that come with being an active citizen in an inclusive society. Gaining credibility in the regions most affected by violent extremism will come through messaging specifically tailored to the communities it intends to reach. To take the parenting analogy one step further, efforts online should convey a message that says, “This is bad, but here’s why this other option is better.”

The international community should implement a decentralized social media campaign that is lead primarily by local community leaders. The reason why ISIS dominates online comes from their ability to target those in their immediate community whose personal experiences align more closely with their shared experience of political, social and economic marginalization. In the same vein, local governments need to identify religious, business and tribal leaders who are well respected and trusted by their communities, have a prominent online presence and are willing to engage on social media to promote an alternative narrative. Putting these local leaders in a position to drive the messaging that sympathizes with the personal experiences of their communities gives greater viability and credibility to the online campaign.

By decentralizing the social media narrative, governments allow each local and municipal community to tailor its good governance messaging in a way that best speaks to its citizens. Rather than be concerned with maintaining a flashy, large-scale online campaign, governments can reach specific people with campaigns adapted to fit the needs of the people. This puts less pressure on a national action plan and takes an approach of “local solutions to local issues,” which also allows for a more cost-effective way to implement programming.

But social media is not enough to curb extremist narratives.

Organizations like ISIS succeed not only online, but also in person with community engagement. In areas under its control, ISIS has a mechanism in place where specific members go around neighborhoods and talk to the people about the importance of Islam, among other topics. ISIS has focused its efforts on exhibiting the strength of its community interaction through the ability to provide state services.

Most significantly, ISIS has created an environment for marginalized populations to feel welcome and important in their communities.

Foreign governments need to employ a similar approach and reach those who feel marginalized, so that those people do not succumb to radicalization. Promoting public spaces and encouraging dialogue between communities caters to an open and understanding culture, giving disparaged peoples the chance to have their voices heard. Supporting engagement between the government and its citizens at the local, regional and national levels allows for personal interaction and connection, while including citizens’ input in decisionmaking processes. Transparency and honesty, coupled with bolstered civil society structures, strengthens state institutions and democratic governance.

Defeating violent extremism requires the international community to empower communities, both online and on the ground, with a powerful alternative that aligns with personal experience. Investing in dialogue and engagement now will better serve vulnerable populations and countries in the long run, and provides the greatest opportunity for long-term success in preventing violent extremism.

Daniel Hajjar is a Program Assistant with the United States Institute of Peace. He has conducted research on ISIS and its use of social media. All views expressed are his own.