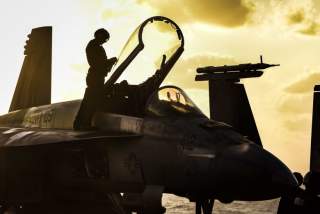 WHOEVER WINS the presidential race in November will face an uncertain world. With a serious and purposeful strategy, the United States can bolster its global leadership role and advance its national-security interests. Continued weakness and recklessness, however, could worsen trouble in critical regions, from Europe to the Middle East to the Asia-Pacific. The United States may experience more devastating terrorist attacks and an accelerated geopolitical realignment against its interests. A nuclear calamity, widely considered unthinkable since the late 1980s, could again become a real possibility.

The next administration will need to start with a sober evaluation of the world as it is, rather than as the president and top officials wish it to be. U.S. leaders will need to define vital national interests, with a realistic hierarchy of international priorities. They will need to review the extent to which current policies, including alliances, serve U.S. interests. And they will need to establish clear objectives in relations with rival major powers China and Russia. Then, and only then, will the next president be able to design policies that further both immediate needs and enduring strategic objectives.

So far, the two presidential candidates have demonstrated contrasting foreign-policy approaches. Hillary Clinton has showcased her experience, but has shown little willingness to question the conventional wisdom. Donald Trump has offered bold approaches, but has not explained how his administration would implement them, or how they might fit into a coherent strategy.

Nevertheless, Trump’s shortcomings as a messenger do nothing to ameliorate the need for a reappraisal of U.S. foreign policy that abandons triumphalist clichés, flawed assumptions and predetermined conclusions in favor of facts and serious analysis.

An honest appraisal of the world as it is, and of U.S. interests, capabilities and options, starts with accepting that U.S. actions have exacerbated some of today’s most ominous threats. This doesn’t mean blaming America first; terrorists conduct terrorist attacks, China is asserting its power in East Asia, and Russia annexed Crimea. Yet in each case, U.S. actions have tended to turn troublesome possibilities into dangerous realities.

THE UNITED STATES is hardly to blame for the Arab world’s woes—corruption and stagnation provided a fertile ground for Islamic extremism—and for similar problems in South Asia and elsewhere. But U.S. interventions have contributed to the menace of radicalism. Indeed, Al Qaeda’s origins in Afghanistan are inseparable from U.S. support for radical Islamist fighters resisting the Soviet invasion and U.S. decisions about post-Soviet Afghanistan. Toward the end of the war, Mikhail Gorbachev’s Soviet government proposed negotiations to establish a coalition government in Kabul. Sensing Moscow’s weak position, the usually pragmatic George H. W. Bush administration did not want to deprive the mujahideen of total victory by granting a role to the Soviet Union’s Afghan clients. Once Boris Yeltsin’s post-Soviet Russia ceased military support for the Kabul regime, Washington got its wish. Yet the incoming Clinton administration did little to fill the vacuum and allowed the Taliban to assume power and harbor Al Qaeda. As late as 1999, during a period of strained U.S.-Russia relations following NATO airstrikes in Serbia, Vladimir Putin proposed U.S.-Russia cooperation against the Taliban and Al Qaeda. It took until after 9/11, well after Islamist extremism had metastasized throughout the Greater Middle East, for the George W. Bush administration to agree to work in concert with Moscow in Afghanistan.

Likewise, U.S. policy in Iraq has contributed to new and unnecessary threats. Saddam Hussein was a genocidal dictator, but had no ties to anti-American terrorist groups that could justify the invasion and occupation of Iraq, particularly in the absence of weapons of mass destruction. Nevertheless, if it was a mistake to go into Iraq in the first place, it was no less a mistake to abandon a weak government with limited control of its own territory and a recent history of violent internal conflict.

Outside Iraq, as instability spread from Tunisia to Egypt, Syria and Libya, the Obama administration called for the ouster of Bashar al-Assad’s secular authoritarian regime in Damascus. U.S. officials were trying to promote stability on one side of the Iraq-Syria border and regime change on the other—without investing much in either. That ISIS or a group like it would emerge from this was entirely predictable.

The same can be said of other U.S. choices in the Middle East, as in Libya, where the administration decapitated a repressive regime that had made peace with the United States without planning—or even intending—to assist in establishing order and security on the ground. Why were U.S. and NATO officials surprised that Libya became simultaneously safe for terrorists and unsafe for many of its citizens, who then fled to Europe?

AMERICAN POLICY in Europe has similarly failed. Washington is not responsible for either Russia’s assertive authoritarian government or its weak, and often corrupt, neighbors. In this environment, it was predictable that Russia would seek to recapture its past great-power status and an important regional role. Yet Moscow’s specific policy choices in Georgia, and later in Ukraine, were not inevitable; they were, in part, the result of deep divisions over pro-Western orientations and territorial integrity in these two countries. Russian leaders also considered Russia’s overall relationship with the United States and its allies and their own perception that Moscow’s preferences had not been adequately taken into account.

Few policies have alarmed Moscow as much as NATO’s expansion. Just as George F. Kennan predicted in a letter to the National Interest in 1998, NATO’s relentless expansion along Russia’s borders fed a nationalist and militaristic mood across the country’s political spectrum. A bold move as this almost literally moved NATO to the suburbs of St. Petersburg, incorporating Estonia and Latvia into NATO was especially difficult for Moscow to stomach. Although today more than 25 percent of Estonia and Latvia’s populations are ethnically Russian, this figure was significantly higher at the time of the Soviet collapse. After the Cold War, each state chose to disenfranchise the vast majority of its Russian-speaking population as well as other minority groups. Because post-independence Estonia and Latvia were continuations of states that existed between the First and Second World Wars, they asserted, only the descendants of those citizens could become citizens of the new states. Even many third-generation residents—meaning both they and their parents were born in Estonia or Latvia—were given second-class status, denied many jobs and deprived of participation in national politics.

Demographics produced political reality in the form of nationalist and anti-Russian governments. Granting those governments NATO membership confirmed Moscow’s suspicions that NATO remained what it was during the Cold War: an anti-Russian alliance. Worse for the United States, Washington and its allies extended their security umbrella to these states without assessing how to defend them short of war with a major nuclear power. Even if U.S. policy was guided by a genuine desire to ensure independence for these long-suffering nations, it was unreasonable to think that Washington could expand NATO—not to mention, promise Georgia and Ukraine eventual membership—without provoking Moscow’s countermove.

Few recall that Vladimir Putin originally sought to make Russia a major part of a united Europe. Instead, NATO expansion predictably fueled an us-versus-them mentality in Moscow, encouraging worst-case thinking about U.S. intentions. Russian leaders now see rearmament and the search for new allies as appropriate responses to a U.S. policy that is clearer in its denunciations of Russia than in its contributions to American national security.

Indeed, how can the United States benefit from new dividing lines in Europe reminiscent of the Cold War? For that matter, how can Latvia or Estonia become more secure as frontline states in a confrontation with an adversarial Russia?

The recent collapse of U.S.-Russia diplomacy in Syria has only worsened this problem. Moscow had essentially accepted U.S. and Western sanctions as a fact of life following its annexation of Crimea and, for two years, sought to demonstrate that Russia remained open for business on key international issues. However, this posture—an essential ingredient in Russia’s support for the Iran nuclear deal—appears to be evaporating and its principal advocate, Foreign Minister Sergey Lavrov, now says that so long as the sanctions remain in effect, Russia will no longer work with the United States where it is to America’s advantage.

AMERICA-RUSSIA tensions are particularly troubling given how maladroitly Washington has approached its other major rival. In contrast to Russia, China is a full-scale superpower with a robust economy and an impressive culture of innovation. Given its underlying strengths, U.S. policy could not realistically have prevented China’s emergence as a leading power in the Asia-Pacific region. Still, this does not excuse Washington’s ongoing failure to develop a thoughtful long-term approach to the Chinese challenge.

As secretary of state, Hillary Clinton bears at least some responsibility for the deterioration in bilateral relations. After promising not to hector the Chinese about their domestic practices, Secretary Clinton could not resist the temptation to do just that. The point is not that the United States should neglect raising human-rights issues with Beijing. Rather, it is that Clinton’s approach, which sounded more like political posturing than an effort to produce tangible changes in Chinese conduct, was counterproductive. Her efforts accomplished little, other than fueling Beijing’s dark suspicions.