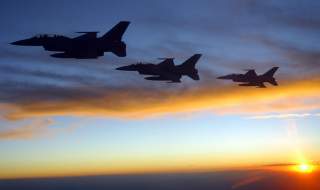 Since the inauguration of Tsai Ing-wen as president of Taiwan in May 2016, cross-Strait relations between Taiwan and China have been deteriorating at an alarming rate. The cooling of relations between the two sides of the Taiwan Strait was expected because Tsai is a member of the Democratic Progressive Party, a political party that generally favors a more pro-Taiwan ideology than China’s preferred Kuomintang. Regardless of low expectations, the cooling has devolved into an unconventional security dilemma, creating an even more fraught situation in East Asia.

In a security dilemma, relations between two or more nations deteriorate and could even lead to a conflict. This situation occurs when one state—China in this example—takes measures to increase its security, such its militarization of the South and East China Sea, causing the security of other states—Taiwan, for instance—to decrease. As a result, the less secure state might do things to increase its own security. The tit-for-tat has the potential to spiral as countries continue to make moves and countermoves. One way to get out of a security dilemma is for countries to have open lines of communication and develop trust so that military buildups or weapons development are not considered threatening.

Unfortunately, neither panacea is likely to occur in China-Taiwan relations.

Recent actions by both China and Taiwan fit this pattern, and there are few signs of a change in the state of affairs:

In June 2016, one month of Tsai’s inauguration, China’s Taiwan Affairs Office (TAO) announced that it had suspended communication with Taiwan. “Communication mechanisms between the Chinese mainland and Taiwan is currently in suspension over the failure to recognize the 1992 Consensus by Taiwan’s current administration,” a spokesperson for the TAO said. In another statement, TAO went so far as to blame Taiwan for the suspension.

Less than a year before China’s suspended communication with Taiwan, former Taiwanese president Ma Ying-jeou and Chinese president Xi Jinping met, marking the first time the two leaders had convened since before the civil war ended.

A recent report released by Taiwan’s Mainland Affairs Council noted that since Tsai took office, “Mainland China has intensified its anti-independence arguments while insisting on the ‘One China’ principle.” There are even reports that “the voices have become louder and the push for [a national unification law] is stronger.”

Since the election of Donald Trump as president of the United States, China has increased the frequency of its surveillance missions around Taiwan, using nuclear-capable bombers during the missions. In January, Taiwan had to scramble its jets after China sailed its aircraft carrier, Liaoning, through the Taiwan Strait and entered Taiwan’s Air Defense Identification Zone.

These actions will likely only increase as China continues to assert itself as a regional power and test the new U.S. administration.

These issues—coupled with consistent reporting from the Center for Strategic and International Studies’ Asia Maritime Transparency Initiative regarding China’s building and completion of offensive and defensive facilities in the Spratly Islands—show that Taiwan faces an increasingly prepared and aggressive China.

Without the ability to communicate and China’s history of threats against Taiwan, the Tsai government has only one choice: buildup its own defenses and weaponry.

In January 2017, Taiwan announced that was upgrading its fleet of 144 F-16 fighter jets to F-16Vs. Only four are slated for an upgrade this year, but Taiwan would be the “first nation worldwide to have such a fleet,” and the upgrades would allow its air force to compete with China’s Chengdu J-20 stealth fighter jets. The project is slated for completion by 2023.

Also, there are rumblings that the Trump administration is working on a major arms sale to Taiwan, as allowed by the Taiwan Relations Act (TRA). Former President Barack Obama shelved an arms sale agreement to Taiwan towards the end of his second term in office. Trump could expand the deal to include more advanced weaponry to protect Taiwan from China like advanced rocket systems and anti-ship missiles.

The TRA allows the United States to “make available to Taiwan such defense articles and defense services in such quantity as may be necessary to enable Taiwan to maintain a sufficient self-defense capacity as determined by the President and the Congress.”

Finally, Tsai recently announced that Taiwan would begin building its own submarines. “Strengthening underwater combat capabilities is most needed in Taiwan’s defense,” said Tsai when making the announcement. Taiwan currently has four submarines in its underwater fleet: two date back to World War II, and the other two were purchased from the Netherlands in the 1980s. The reason that Tsai made this announcement is that Taiwan has had notable trouble purchasing modern submarines for some time, and submarines are necessary component to compete with China’s ever-encroaching naval presence in East Asia.

The government recently announced that it would construct eight Taiwanese-made submarines to bolster its sea defense, with designs slated for completion by 2018 and the first submarine in service by 2027–28. The construction of these submarines will take some time, but when completed, they will help Taiwan’s offensive and defensive capabilities against China.

Almost immediately after this announcement, news broke that China was aiming its DF-16 missiles at Taiwan. This missile is China’s top short-to-medium-range ballistic missile. It is estimated that China has around 1,500 missiles aimed at Taiwan at any given time.

It is likely that these missiles had been in place before Taiwan’s announcement. Now it is confirmed that both sides of the Taiwan Strait have the offensive capability to strike each other.

Cross-Strait relations currently are perhaps at their lowest point since the third Taiwan Strait Crisis in 1995–96. The two countries are not engaged in meaningful communication, and they both are engaging in military buildups. It is particularly dangerous because Taiwan’s actions show a change from a priority of defensive capabilities to offensive ones. How China will respond is unknown.

How will China respond if the United States sells Taiwan arms in the coming year? Will Tsai and her government make more announcements about improving Taiwan’s defensive or offensive military capabilities? Have long will this buildup last until both sides agree to restart high-level communications? Will China adopt a wait-it-out strategy and only reengage Taiwan after the Kuomintang comes back into power?

The current security dilemma cannot be overcome if both sides cannot trust each other to do the right thing, and Taiwan historically has no reason to trust China, a country bent on limiting its international space and pressuring it into unification.

Taiwanese defense minister Feng Shih-kuan recently said, “If there was no threat across the Taiwan Strait, then we do not have to purchase arms.” That simple sentence summarizes the security dilemma at play between Taiwan and China: one perceived challenge requires the other to prepare in kind. One can easily imagine the Chinese defense minister replying, “If Taiwan did not purchase arms, there would not be a threat in the Taiwan Strait.”