Crossroads: Why the Nuclear Nonproliferation Treaty Could Become Obsolete 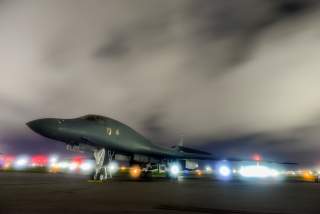 On December 10, 2017, the International Coalition to Abolish Nuclear Weapons (ICAN) will be awarded the Nobel Peace Prize. However, it would have been better if the nuclear-weapon states had won the prize. That would have meant that the last nuclear weapon would have been eliminated. Instead, let us aim for 2045, one hundred years after Hiroshima and Nagasaki. That means that we have twenty-eight years to get rid of nuclear weapons. While ambitious, this timing is not impossible. If the nuclear-weapon states would have disarmed with the same speed as in the period 1985–1995, then we would have touched zero already. Unfortunately, the rate of disarmament stalled since the mid-1990s and especially since 2005. With the Nuclear Ban Treaty approved in July 2017 and with the Nobel Peace Prize awarded to ICAN, it is high time to reinvent nuclear disarmament.

There is even a much shorter deadline, namely 2020 when the next Nonproliferation Treaty Review Conference will take place. That review conference in all likelihood will fail, and that has not much to do with the Ban Treaty. Except if the nuclear-weapon states get their act together and move quickly, the nonnuclear-weapon states will simply make the review conference fail. That means that for the first time two successive review conference fail. This will undoubtedly further undermine the remaining strength and legitimacy of the NPT, which is already under heavy attack.

It is up to the biggest defenders of the NPT for the moment—namely the nuclear-weapon states and their allies—to make the next review conference successful. The only chance to convince the nonnuclear-weapon states that the NPT is worthwhile to keep is to show them that the nuclear disarmament obligations are taken serious by the nuclear-weapon states. That can be done in different ways: in the form of further deep cuts, a public announcement to halt the planned modernization programs, the withdrawal of the tactical nuclear weapons from Europe, a fundamental change in declaratory policy (e.g. binding negative security guarantees, or no first use declarations), and/or substantial changes in operational policies (such as de-alerting), either unilaterally or multilaterally, ideally in a verified way. To be clear: we are not talking about minor steps such as the entry into force of the Comprehensive Nuclear Test-Ban-Treaty, the start of negotiations for a fissile material cut-off, let alone an extension of the existing glossary of nuclear-disarmament-related concepts. Substantial changes are demanded at this stage. If not much of this ambitious agenda will be realized or promised before 2020, the odds are that the next NPT Review Conference will be a complete failure, just like in 2005 and in 2015.

If push comes to shove, then the nuclear-weapon states, although rhetorically clinging to the NPT, will not care very much about a second failure in a row. What may make a difference, in contrast, is the announcement by other states than North Korea, that already left the NPT in 2003 (with the known consequences), that they will leave the NPT too. States like Egypt, and maybe Brazil, may draw a line under their NPT membership. For decades they have tried to make clear to their nuclear counterparts that it is time to take their nuclear disarmament obligations serious. The nonnuclear-weapon states (except the allies of the nuclear weapon states) believe that they have shown enough patience. States like Egypt and Brazil may or may not go nuclear. However, their withdrawal from the NPT will hopefully open the eyes of the nuclear-weapon states, something that did not happen after the conclusion of the nuclear ban treaty last summer. The nuclear-weapon states and their allies are still living in a state of denial, addicted to nuclear deterrence. Some of them—more in particular the US, the UK and France—even announced that they will “never” sign the Ban Treaty. To utter words like “never,” however, is most of the time not very smart.

It seems that the nuclear-weapon states were surprised. They never believed in the humanitarian initiative. That has been a serious miscalculation on their part. Whether they like it or not, the ban treaty now exists, and the odds are that it will enter into force in the foreseeable future (once fifty states have ratified it).

Tom Sauer is an associate professor in international politics at the Universiteit Antwerpen, Belgium. He is author (or co-editor) of five nuclear-weapons-related books, including Nuclear Terrorism: Countering the Threat.