To Crush ISIS, America Needs All the Allies It Can Get 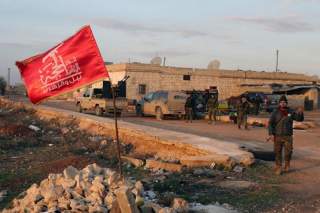 Ramadan 2016, declared by ISIS to be a “month of jihad,” was an appalling success. With ISIS claiming credit for the latest attacks in Baghdad and Dhaka, it’s getting difficult to write a commentary about jihad terrorism without the risk of another atrocity occurring somewhere before it appears in print.

Predictably, we hear redoubled calls from all sides for stronger action to get rid of ISIS. Good. But let’s not kid ourselves. Even if ISIS didn’t control one square inch of land in Syria and Iraq, its radical Islamic ideology—which it shares with Al Qaeda, Boko Haram, al-Shabaab, Abu Sayyaf, the Taliban and other groups in many countries—would not evaporate.

Still, a definitive destruction of ISIS would show that a reestablished, sharia-ruled global “caliphate” is not inevitable. Destroying ISIS, with as many of its devotees as possible, would be a valuable demonstration that civilized humanity means to win this fight.

The question is how to do it. Experts say “air power alone” isn’t enough. “Boots on the ground” are needed—but whose boots? Americans’? As we learned in Afghanistan and Iraq, getting out isn’t as easy getting in.

How about America’s “Sunni allies,” like Saudi Arabia and Turkey? Not likely, given Riyadh’s and Ankara’s double game of participating in the U.S.-led coalition while arming and funding a who’s who of jihadist groups, as well as Turkey’s concerns about possible Kurdish gains.

The fact is, there already are “boots on the ground”—lots and lots of them, closing in on the ISIS capital in Raqqa, Syria:

• In March, the Syrian Army and its allies (including Hezbollah and Christian militias), with Russian air support, recaptured Palmyra from ISIS and are now moving to retake Aleppo, Syria’s largest city, from Jabhat al-Nusra, the local Al Qaeda affiliate.

• The Iraqi Army and allied Shiite militias, with American (and Iranian) support, have just seized the last ISIS stronghold near Fallujah, in Iraq’s western Anbar Province.

In short, from the west, north and east, tens if not hundreds of thousands of battled-tested Syrian, Kurdish and Iraqi fighters, backed up by the world’s two most powerful air forces, are in a position to crush Raqqa, and perhaps twenty-five thousand ISIS terrorists, in a deadly three-sided vise. However, anti-ISIS fighters need help, and if history can teach us something, we could—and should—be looking for a Levantine replay of the historical linkage of American and Soviet troops on the Elbe River in the German city of Torgau on April 25, 1945, when the two armies successfully cut the Nazi army in two and brought an end to World War II.

Then, as today, there were choices to be made. Then, the United States and its Western allies decided that defeating Hitler and Nazi Germany took precedence over grave concerns about Stalin and the Communist Soviet Union. It was the right choice at the time.

Today, can U.S. policymakers decide that getting rid of ISIS is the overriding imperative, even if it means cooperating directly with Moscow, and leaving legitimate worries about Syria’s Bashar al-Assad, Hezbollah and Iran for another day? It’s not clear they can.

For several weeks there have been reports that the Obama administration has proposed a new agreement with Russia for greater military cooperation on Syria: “The crux of the deal is a U.S. promise to join forces with the Russian air force to share targeting and coordinate an expanded bombing campaign against Jabhat al-Nusra, al-Qaeda’s branch in Syria.” If defeating ISIS, Al Qaeda and similar groups were really the administration’s desired outcome, the pieces are in place.

Holding up the deal, which would unleash coordinated American and Russian airstrikes, is the Obama administration’s stubborn insistence that so-called “moderate” jihadists not be targeted. But the groups in question—primarily Saudi- and Turkish-backed Ahrar al-Sham and Jaish al-Islam—are not moderate at all. They share the same Saudi-inspired Wahhabist ideology as Al Qaeda and ISIS. They commit atrocities against civilians, notably Shiites and Christians. And they are closely allied with Al Qaeda, and even on occasion cooperate with ISIS.

In effect, the Obama administration, for all its ballyhooed goal of defeating ISIS, is still more concerned about thwarting Moscow and Tehran and overthrowing Assad. This shows how little has been learned since a 2012 Defense Intelligence Agency report predicted the emergence of what later became ISIS, which former DIA director general Michael Flynn says reflected a “willful decision” by U.S. policymakers.

Even worse, a recent so-called “dissent channel” cable from fifty-one State Department officials calls for American airstrikes against Assad, in effect doubling down on support for “moderate” terrorists allied to Al Qaeda. Secretary of State John Kerry seems to be on the same page as the supposed dissenters, threatening a “Plan B” step-up of aid to favored jihadists to pressure Moscow and Damascus.

The equivalent of the Obama/Clinton/Kerry/Flournoy policy in 1945 would be for Roosevelt and Churchill to decide to hold off on Hitler’s final defeat as an insurance policy against Stalin. Thankfully, that’s not the choice they made.

It’s time for the Obama administration to drop its failed policy of claiming to fight some terrorists by protecting other terrorists. Let’s work together with Russia in support of the advancing boots on the ground, and let them do their job.

Edward Lozansky is president of the American University in Moscow.