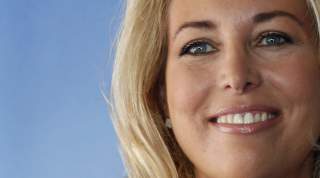 Valerie Plame released her first televised ad last week in her congressional bid for New Mexico’s third congressional district. The ad shows her expertly driving down a dirt road, with a voiceover explaining her career as a CIA officer and the 2003 Plame Affair. The ad was glowingly received by Democratic operatives and political observers.

Plame was working as an undercover agent in 2003 when her identity was leaked and published in the Washington Post by Robert Novak. Revealing Plame’s covert role to a news reporter was illegal and in violation of the Intelligence Identities Protection Act.

Joseph Wippl, who worked as a CIA officer for thirty years and currently teaches at Boston University, is positive that the leak was politically motivated. “It was brought on, essentially, by an article her husband [Joe Wilson] wrote, which, one of the funniest things I’ve ever seen. I mean, really. It was regarding the yellowcake uranium purchases from Niger, which did not happen,” explained Wippl. “Her husband, who had been put on a contract to go out there . . . to monitor and find out if this had really happened. Apparently, his conclusion was it had not happened, but it was one of the arguments for the attack on Iraq.”

“The whole argumentation for the Iraq War was falling apart anyway, but somehow, they wanted to get back at Wilson through his wife, Valerie Plame.”

Special Counsel Patrick Fitzgerald was ordered to investigate the leak. Eventually, Scooter Libby, Vice President Dick Cheney’s chief of staff, was convicted of perjury and other procedural crimes. President George W. Bush commuted his sentence from thirty months in prison and he paid a $250,000 fine. President Donald Trump issued an official pardon for Libby in 2018.

Libby is often credited for the leak, although he was never convicted of it. Plame singles out Libby in the ad as solely responsible, although in 2006, former Deputy Secretary of State Richard Armitage took responsibility for telling Plame’s name to Novak. Armitage claimed it was an inadvertent slip of the tongue, while Novak contradicted this retelling, claiming the information was purposefully provided.

“Whoever did this made a problem for themselves by trying to get back at Joe Wilson when all they had to do was ignore it,” said Wippl, regarding the identity of the leaker.

The events of the Plame Affair were retold in the 2010 film Fair Game, where Plame and her husband were portrayed by Naomi Watts and Sean Penn.

Describing her CIA career, Plame says in the ad, “You name a hot spot, I’ve lived it.” What follows is a list of countries, including Iran, Iraq, Syria, and North Korea. Multiple news outlets have reported that Plame was never stationed in Iran or North Korea.

“I always found her as an intelligent, personable, hardworking, attractive person,” concluded Wippl.

In August 2017 Plame began a crowdfunding campaign to buy a majority of shares in Twitter. Once her and like-minded activists owned a majority of the company, they would delete President Donald Trump’s prolific twitter. This was at the peak of the “fire and fury” rhetorical campaign between the United States and North Korea. The GoFundMe collected several thousand dollars, far below the billion dollars required to own a majority-share of Twitter.

The ironic twist came when it was Plame who deleted her Twitter account. This came after she tweeted about an article titled “America’s Jews Are Driving America’s Wars.” It was written by former CIA officer Philip Giraldi at The Unz Review. The article mentions some form of “Jewish” twenty-two times and claims that Jews disproportionately argue for U.S. military intervention. To correct this, Giraldi suggests that “the media should be required to label them at the bottom of the television screen whenever they pop up,” just like you would “a warning label on a bottle of rat poison.”

Plame’s initial response to backlash was that people “calm down.” She described the article as “very provocative, but thoughtful. Many neocon hawks ARE Jewish.” Plame asked people to “read the entire article, just for a moment, to put aside your biases and think clearly.”

When the criticism increased, Plame deleted her Twitter account and reversed her story. Claiming to be “embarrassed about that whole episode,” she said “I messed up. I skimmed the piece,” where she “missed gross undercurrents to this article.” Plame now says her original motivation for sharing the article was to voice support for President Barack Obama’s Iran deal.

In her campaign video, Plame says, “I come from Ukrainian-Jewish immigrants.” Jewish groups are accusing her of using her heritage as a cynical political ploy to ward off accusations of antisemitism.

New Mexico’s third congressional district is currently represented by Rep. Ben Ray Lujan who is forgoing reelection to run for U.S. Senate. Plame and eight others are currently candidates in the competitive Democratic primary, including a state representative, the Santa Fe District Attorney, and a former New Mexico Deputy Secretary of State. While she’s garnered no major endorsements, she is the leader in financial contributions, with donors that include actors Bryan Cranston and Naomi Watts. Her opponents accuse her of concealing the fact that her donors are overwhelmingly out-of-state. The district is D+8, and the eventual nominee will presumably sail to victory in the general election.