The Damage of Demographic Misinterpretations 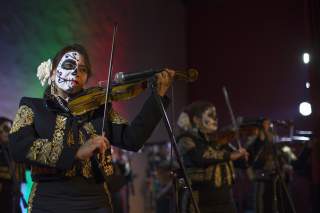 The New York Times recently repeated an often cited misleading figure on demographics, that by 2044 “white Americans [are] projected to fall below half the population and lose their majority status.” This claim has unusually wide-reaching implications for America’s polarized politics. It is leading many whites, especially among those who have not been to college and who live in rural areas, to fear that they will be overwhelmed by minorities and deprived of their rights through reverse racism. Indeed, as Arlie Russell Hochschild has shown in her sterling study of people in Louisiana who ended up voting for Trump, more and more whites already feel that they are a prosecuted minority. On the other end of the political spectrum, some on the left eagerly believe that a coalition of people of color could govern either without whites or in conjunction with some marginalized whites, for instance, LGBTQ people.

Both these fears and hopes are ill-founded. The figure cited by the New York Times can only be reached if all Hispanics are counted as non-whites. However, about half of the Hispanic population consider themselves white. During the 2010 Census, 53 percent of Hispanics identified their racial category as white. Moreover, Pew found 2.5 million Hispanics changed their racial category from “some other race” to white between the 2000 and 2010 Census. Indeed, according to U.S. Census projections, even by 2060 Hispanic whites (24.9 percent) and non-Hispanic whites (43.6 percent) are projected to combine for 68.5 percent of the population.

What race a person belongs to, in the United States, is a voluntary, self-defining attribute, not one the government or media should prescribe to people. Indeed, ever since the U.S. Census started seeking to establish the racial composition of the nation, it has left the matter up to each individual. This is in sharp contrast to nations such as Nazi Germany in which the government determined race—for instance, who was a Jew. This was also the case in the Deep South which decided that one drop of African blood would make one black. There are strong reasons to allow people to choose their race. Boxing people into a racial category they hold is not theirs is highly alienating. Moreover, it makes racial categories unduly rigid, as we know that people change their self-definition of race over time.

Not boxing people into races is a good idea for people of all backgrounds, but in particular for Hispanics, because theirs is an ethnic and not racial category. Indeed, the 1970 Census simply listed Hispanics according to their country of origin, and kept data on Cuban Americans, Mexican Americans, and so on. Only the 1980 Census forged a category called Hispanic, which makes the group look much more homogeneous than it is. For instance, Cuban Americans are typically much more conservative than Mexican Americans. The assumption that Hispanics can be made to feel victimized as many African Americans do, and hence are natural partners for a color coalition, flies in the face of the fact that a considerable proportion of Hispanics vote for Republicans. For instance, 40 percent voted for Bush in 2004, and—despite all the anti-immigration and especially anti-Mexican rhetoric—29 percent of Hispanics voted for Trump in 2016.

Also, Hispanics have a high intermarriage rate. In 2017, roughly 27 percent of Hispanic newlyweds married a person of a different race or ethnicity. Of all interracial marriage pairings, 42 percent—the most common by a wide margin—are between someone who identifies as Hispanic and someone who identifies as white. In contrast, while intermarriage rates of African Americans are rising, they are roughly three times lower than that of Hispanics.

Hence we should not assume all or most Hispanics are non-white. Instead, we should consider Hispanics as an ethnic rather a racial group, and we should stop referring to them as otherwise. The main reason for treating Hispanics as an ethnic group is that racial definitions are much more immutable and conflict-prone than ethnic ones. Race in the United States is associated with a tragic history of slavery, civil war, detention camps, and violence. In contrast, most Americans belong to one or more ethnic groups, and we see such membership as “normal” and the resulting diversity as enriching our culture and society.

If we get the demographic projection right and stop racializing ethnic groups, we will be two steps on the road away from polarization. The left will realize that it cannot gain a reliable majority without including whites—and the right will be less able to use demographic misinterpretations to stoke fears, which are not justified in the first place.

Amitai Etzioni is a University Professor and Professor of International Relations at the George Washington University. He is the author of 30 books, including The Monochrome Society and The Spirit of Community.