Danger on the High Seas: Are Private Security Firms the Solution? 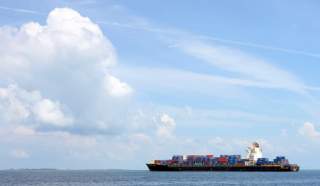 In 2013, 80 percent of trade was transported by sea. This number has steadily increased, a reflection of growth among developing economies and those same economies’ surging energy needs. The Indian Ocean and its connected seas have become increasingly busy due to global energy demands, South Asia’s development, and trade between Asia and Europe. However, as Sea Lines of Communication (SLOCs) become more crowded, various maritime security risks have also increased. Piracy, trafficking and other criminal enterprises threaten to disrupt commerce, destabilize price structures and increase maritime tensions, both between nation-states and among private firms. To counter these effects, nation-states have collaborated using a variety of methods that include joint military exercises, bilateral agreements and multinational task forces. But despite these efforts, attacks continue to occur. As a consequence, more and more private companies are looking for private security options that will ensure that their goods get safely to their destinations. While this shift carries the potential for more secure maritime transit, it also comes with a host of legal and diplomatic issues as armed private security teams take to the high seas.

Private security is entering into an environment where governments are already actively pursuing maritime security. In the Indian Ocean region, multiple collaborative government-security regimes exist to better protect trade routes. The Combined Maritime Forces (CMF) is a thirty-member organization based in Bahrain alongside the U.S. Fifth Fleet. The CMF operates CTF-150 in the Gulf of Aden, Red Sea, Indian Ocean and Gulf of Oman, while CTF-152 patrols the Persian Gulf and CTF-151 conducts antipiracy operations. NATO runs its own Operation Ocean Shield in the Indian Ocean, and Europe has contributed to the security environment with its EUNAVFOR fleet. Additionally, major joint naval exercises, such as Malabar and RIMPAC, regularly integrate antipiracy training with visit, board, search and seizure (VBSS) techniques. However, despite all these international efforts, pirate attacks have only slightly gone down in recent years after reaching an all-time high in 2011; during that year, there were 237 attacks and twenty-eight hijackings in the Gulf of Aden alone.

This is the security environment in which companies are shipping their goods. The government-led task forces have massive resources and have steadily grown in both size and capacity, but with such a vast expanse of sea to be covered, it is impossible to guarantee safe passage for vessels. While these forces’ presence somewhat reduces the risk, private companies are looking for better odds and many have turned to private security firms as an extra insurance policy. With the spike in pirate attacks in the past decade and a half, many security firms like Nexus Consulting and Trident Group have expanded their capabilities to accommodate the new demand for maritime security details. Their assistance can come in many forms, ranging from smaller security teams on the ship itself to entirely separate vessels devoted to the protection of a client’s goods; demand for their services has steadily risen, particularly in areas like the Indian Ocean where pirate attacks and trafficking are a common occurrence. Criminals stand to gain massively from trawling the area around or operating near to the Arabian Peninsula—there is a constant flow of ships that can allow smugglers to hide in plain sight, and the opportunity to steal cargo and ransom crews is more than enough to keep the pirate business alive and well. Criminals operating at sea are also increasingly well armed, making it all the more appealing for companies to explore private security options.

However, private maritime-security operations face a series of difficulties. In international waters, they are free to bear weapons and use them in defense against attacks, but the situation immediately becomes more complicated when their vessels cross into territorial waters. Nations’ laws regarding private armed forces vary; some will allow the vessels to enter into port as long as the weapons remain onboard, but others require the weapons to be thrown overboard before entering their waters. This lack of clarity can cause friction between the state and the private companies trying to protect their goods during transit, and it has the potential for more serious misunderstandings in international waters when armed private vessels encounter military or coast-guard vessels engaged in VBSS operations. Trade transit is not the only investment in danger of attack; offshore drilling and cable-laying requires long stints of work out at sea, and any team attempting such a project can be an easy target.

U.S. policy has shifted in recent years to support the use of private armed forces to protect maritime transit and private operations on the high seas. The United States was previously gun-shy of their use after having disastrous results with private firms like Blackwater in Iraq, but the State Department has now conceded that the obstacles to maritime security are too great for private businesses to bear such risks alone. As Andrew J. Shapiro, Assistant Secretary of the Bureau of Political-Military Affairs, noted in 2011:

“With so much water to patrol it is difficult for international naval forces in the region to protect every commercial vessel. Working with industry, we recently established a national policy encouraging countries to allow commercial ships transiting high-risk waters to have armed security teams on board.”

This concession that international task forces are not enough to protect private interests and that private companies need to employ security teams for their sea voyages signals a change in the maritime domain. Blue-water navies and accompanying monitoring and intelligence institutions are no longer considered sufficient for security.

Private security firms may protect vessels and crews, but their presence also introduces complications. What will be the rules and regulations for private security forces operating in international waters? Will the size of security teams, their choices of weaponry and general operating procedures and tactics be governed? Should such regulations be driven by firms, nation-states or multilateral processes?

As the possessor of the world’s largest and most active blue-water navy, the United States must address these questions. Not only will its policy direction influence navies throughout the world, but it could also establishing general rules of conduct that could enhance information-gathering and assist law enforcement. Private maritime-security firms are currently not required to file public incident reports. Reportage would address first-order concerns like regulation and operating procedures, but also influence second-order concerns like criminal patterns and persistent political and economic problems that facilitate the emergence of maritime threats. The rise of private security firms in a maritime context is already a reality, but it can and should be tempered by regulation and international agreements; all that remains is for the community of nations to take the lead on this issue.

Jeffrey Payne is Manager of Academic Affairs at the Near East South Asia Center for Strategic Studies in Washington, DC.

Schuyler Moore is an Academic Intern at the Near East South Asia Center for Strategic Studies in Washington, DC and a rising senior at Harvard University. The views expressed in this article are the authors’ alone and do not represent the official policy or position of the National Defense University, the Department of Defense, or the U.S. government.