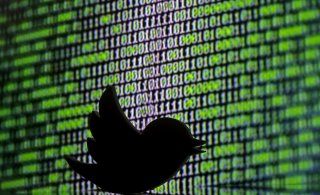 Alarm at the spread of false information about the coronavirus on social media platforms is echoing fears raised over the impact of social media as nuclear-armed India and Pakistan teetered precipitously on the brink of all-out war last year.

After a suicide bombing triggered the conflict on Valentine’s Day 2019, fake news and doctored videos seen by millions of users circulated on Facebook, Twitter, YouTube and other platforms as the conflict escalated.

In the corona pandemic, the circulation of malicious and incorrect information has sown public confusion about the coronavirus pandemic and threatens safety, say health experts and the World Health Organization (WHO).

Last year’s conflict between India and Pakistan ended peacefully five weeks after it began. However, the global information system of which social media platforms are a part may be remaking the rules of war and contributing new dangers to already unstable relations between the two nuclear powers.

In the new information order the speed at which information can be delivered cheaply, and the ease with which it can be manipulated, leaves human cognition outpaced and prone to error. Changing the information system is the only option, experts say.

Twelve days later, Indian air force jets launched a retaliatory cross-border strike on an alleged terrorist training camp near Balakot, deep in Pakistani territory provoking a counter-attack by Pakistan in which an Indian MiG-21 fighter jet was shot down. As the situation threatened to spiral out of control, both countries mobilized their armed forces and moved tanks to the frontlines.

The crisis significantly raised the stakes in the more than seventy-year territorial dispute over Kashmir, a major flashpoint in their relations, and heightened international fears of renewed military confrontation.

This was the first time since the India-Pakistan War of 1971 that fighter planes had crossed the Line of Control, the unofficial border dividing Kashmir. It also demonstrated a new willingness on India’s part to strike deep into Pakistan territory and Pakistan’s determination to respond swiftly to establish strategic balance.

The combined effect of electronic media and social media the crisis set a new precedent for South Asia, said Feroz Khan, a former brigadier in the Pakistan army and research professor at the Naval Postgraduate School in Monterey, California.

The use of social media to spread fake news and disinformation to impact on politics is completely new, he said in an interview, although information warfare has always been part of statecraft during wars and peace.

With multiple delivery means at their disposal and by exploiting social media as a tool to achieve political purposes, nuclear-armed India and Pakistan risked the strategy going dangerously wrong, said Khan. Fake news was blurring the nuclear redlines further and thickening the fog of war, he said.

There was a lot of baying for blood for retaliation and to up the ante from both sides, Vipin Narang, associate professor of political science at MIT told a nuclear policy conference after the conflict. Had Twitter existed during the Kargil War twenty years earlier, he said, India and Pakistan may have gone nuclear.

In South Asia, inflated claims on social media can make it harder to manage and de-escalate crises, said Andrew Futter, a UK academic and authority on cyber-nuclear security at Leicester University.

“Unlike the numerous near misses and periods of tension experienced by the United States and the Soviet Union during the Cold War, the geographical proximity of nuclear forces in South Asia, the lack of trust and predictability, and the concurrent pressure to act quickly makes the risk of accidents, miscalculation, unintended escalation and nuclear use much higher today than in the past,” he said.

The current information ecosystem, the habitat of social media platforms, increasingly poses risks to crisis stability says Ben Loehrke, one of the authors of “Three Tweets to Midnight: Effects of the Global Information Ecosystem on the Risk of Nuclear Conflict.”

The new study spells out how social media could contribute to international conflict—including the failure of deterrence and nuclear war, and calls for measures to minimize the impact of bad information on crisis decisionmaking.

Manipulated information can also be used by partisan actors with a variety of agendas to put pressure on leaders to act, Loehrke said.

The disruptive effects of social media needs reassessment of how existing frameworks for understanding crisis stability might be affected by the evolution of today’s information ecosystem, according to a report by Three Tweets to Midnight.

“Human cognition is unlikely to change significantly on anything less than an evolutionary scale, so that means the information ecosystem needs to be modified to minimize the impact of bad information on crisis decision making,” the report concludes.

After the Pulwama attack, the spike in misinformation circulating in India was so alarming that Trushar Barot, head of Facebook India’s efforts to counter fake news, tweeted “I’ve never seen anything like this before—the scale of fake content circulating on one story.”

The challenge with misinformation is that social media users are repeatedly exposed to fake content. According to a report by the Internet Institute of Oxford University, computational propaganda is becoming “a pervasive and ubiquitous part of everyday life.”

Although Facebook tried to keep up with weeding out misinformation and preventing the dissemination of false claims during the conflict it was met with only partial success.

In last February’s conflict, Pakistan vigorously pursued the information war with a series of tweets and pictures from its Inter-Services Public Relations spokesman within hours of the airstrikes. A video message later by Prime Minister Imran Khan urged India to join Pakistan in de-escalating the crisis.

In India, social media warriors sought revenge for the Pulwama terrorist attack that killed more than forty Indian servicemen by using #RevengePulwama; #JusticeforPulwama and played on a public sense of grievance concerning India’s perceived victimhood and the belief that Pakistan should be taught a lesson.

Similarly, in Pakistan, cross border skirmishes with India on the Line of Control regardless of the casualty toll, generate considerable anger on social media.

In this atmosphere, where nuclear weapons play a key role in maintaining strategic deterrence, developments such as the modernization of existing weaponry, arms deployments, and India’s “Cold Start” military doctrine trigger massive coverage on social media. In 2015, when Pakistan launched its Shaheen three missiles, Facebook and Twitter, were crowded with euphoric messages about the need to deter India with robust countermeasures.

Yet amid the charged atmosphere of the Pulwama-Balakot crisis, a small but significant minority on social media platforms advocated for peace, hinting at prospects for economic prosperity and the betterment of both Indian and Pakistani populations as the price to pay if a war broke out between the two nuclear-armed rivals.

Pakistani activist for female education and the youngest-ever Nobel Prize Laureate, Malala Yousafzai tweeted: “Everyone aware of the horrors of war would agree that retaliation and revenge is never the right response.”

After the funeral of Squadron Leader Ninad Mandavgane, one of the six Indian Air Force officers killed in a helicopter crash in Budgam, Kashmir, on February 27, his wife Vijeta Mandavgane, said: “I ask Facebook warriors to stop conducting war on Facebook and other social media. Nothing will come of this . . . We do not want war; you have no idea about the destruction of war.”

Among international observers of Pakistan, the perception is that in a crisis with India the response on social media platforms is stronger from conservative clergy, right-wing groups and military sources than from people of relatively liberal backgrounds.

But there was a massive response on social media in both Pakistan and India and when Pakistan posted images of Indian Air Force pilot Abhinandan Varthaman, captured after his plane was shot down.