Washington's Blizzard: The Politics and Economics of Plowing 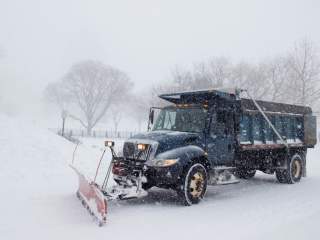 Don’t believe that all politics are local? Then you have not experienced a record blizzard (like the one that descended on Washington, D.C., over the January 23rd weekend) and its aftermath. Indeed, almost nothing that government does affects more people directly than its ability or inability to remove snow after a blizzard.

Although most voters know the names of their governor, their senators and their congressional member, and have some understanding of national issues (e.g., taxes and spending, war and peace), many fewer voters can name their county or city council members. Fewer still pay close attention to the nuances of local city and county politics. But nearly every voter cares about being able to get out of his or her house or apartment to work and to shop after a blizzard. So it is of the utmost importance for local politicians not to become known as “failing” the snow removal test.

Few politicians are rewarded for removing snow in their jurisdiction faster than in the average jurisdiction. But politicians of all political stripes are routinely cast aside at election time for failing (or merely seeming to have failed) at the one thing their constituents really care about: plowing their neighborhood streets.

Most voters and taxpayers, faced with three feet of snow in the street that remains unplowed for more time than it takes for the romance of the snowfall to fade, forget the basic rule of economics: all resources are limited. If you spend more on shelters for the homeless and subsidizing local art festivals, there is less to spend on a shiny new fleet of plows and sand trucks, and to pay the wages, benefits and training costs associated with an army of crack snow rangers who can work everywhere at once—the main roads, the secondary roads, the tertiary roads and the little cul-de-sacs.

You can go back in time and read the local press in the D.C. region, or in any region of the country, after a major blizzard. It is always the same: “Local government [fill in the name of Anytown, USA] hit for snow removal failure.” Woe is the politician who takes the blame. Indeed, only a politician with as much power and control over his city as was once wielded by Marion Barry, D.C.’s famous “Mayor for Life” (who indicated that his plan for snow removal after a giant blizzard in the 1987, while he was attending the Super Bowl in Los Angeles—even though the Redskins were not playing!—was “spring”), can escape the voters’ wrath stemming from a snowpocalypse. (Of course, Mr. Barry was not reelected to a fourth consecutive term in 1990, but that was after he was convicted of cocaine charges.)

There is an easy answer, however, for politicians who wish to avoid the “lose only” proposition of city or county or state snow removal. Simply don’t do it. . . at least do not have the government do it. Allow well-capitalized, private corporations to bid on multi-year contracts to handle snow removal. For a fixed annual fee, “Snow Assassin Corp” would assume the responsibility for the jurisdiction. Snow removal milestones, based on objective meteorological measures related to temperature, moisture content, snow composition, snow depth, wind velocity and day of the week, among others, would be established. Citizens could download a Snow Assassin App to their smart device to track the progress of snow removal against published plans for their neighborhood. An interactive, real time reporting system could be used to enhance efficiency. Failure by Snow Assassin to meet the contracted milestones would result in a fee reduction. Multiple failures would result in termination of the contract.

The benefit to the government is obvious: its snow removal budget for each year of the contract would be fixed and accounted for. No liability for overages due to giant storms or many smaller storms. The benefit to the local politicians also is obvious: it truly is not their fault if the snow is not removed from a taxpayer’s street on the schedule the taxpayer subjectively deemed appropriate. It would be the fault of the corporation hired and paid to do the job. Even contract penalties flowing directly from Snow Assassin to objectively mis-served residents could be negotiated into the contracts.

It also would be Snow Assassin’s responsibility to educate the public, by direct mail, smart device app, and radio and TV advertising what was required of them to meet their part of the contract, such as not parking on the street after receiving an alert from Snow Assassin.

Think about how the country obtains, for example, defense equipment. The government does not design it or build it. The government (when it does it correctly) tasks defense contractors to design and build such equipment via negotiated and professionally drafted contracts. If high-tech weapons systems and maintenance for such systems can be contracted to well-capitalized corporations, why not something much more simple, like snow removal?

Of course, some local jurisdictions already employ private contractors to supplement local government snow removal efforts during snow removal emergencies. But those arrangements generally are short-term and often are ad hoc, with little oversight or transparency. The Snow Assassin methodology goes far beyond such short term or temporary arrangements. The Snow Assassin model takes advantage of the strengths of private enterprise to reduce costs and improve services, neither of which is a hallmark of local, state or national government. This model also builds accountability right into the contractual arrangements. If a company fails, it is fired. If the government fails, the taxpayer has to pay anyway, and gets to wait for “spring.”