Death and Taxes in Islamic State 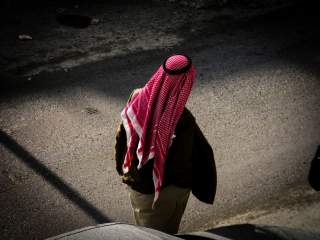 In January of this year, an internal ISIS memorandum on the group’s finances was leaked to the public. In it, ISIS revealed it was cutting the pay of its soldiers substantially. In 2015, ISIS’s fighters were being paid between $400 and $1,200 per month, depending on their seniority and their job. The leaked memo said ISIS was going to cut its fighters’ salaries in half.

In the months since the memo leaked, there have been reports that ISIS is facing defections over the pay cuts. Reports of ISIS defections are nothing new, and in the past have led to overly optimistic assessments of ISIS’s strength, but this is the first time the reports have been accompanied by hard evidence that ISIS can’t make payroll anymore.

The reports of ISIS’s financial difficulties coincide with significant losses of territory for the group. The Iraqi Army retook Ramadi in February; in March, Syria’s army retook the ancient city of Palmyra. There are a number of reasons for ISIS’s recent losses, including the eighteen-month-old U.S.-led bombing campaign, the increasing competence of the Iraqi Army and the fact that Bashar al-Assad’s forces are finally fighting ISIS rather than ignoring it. But it seems clear from reports on the scene that one of the factors is ISIS’s financial troubles.

ISIS’s newfound financial hardships contrast sharply with its position just a short time ago. ISIS was being described as the best-funded terrorist group in the world, with a wide array of known funding sources. ISIS was so flush with cash that David Cohen, the U.S. under secretary of the treasury for terrorism and intelligence, called ISIS “probably the best-funded terrorist organization we have confronted.” This sentiment was echoed by a CBS News report saying ISIS was “the world’s richest terrorist group ever.”

These statements were true at the time they were made, but now ISIS is facing major budget cutbacks. What explains the change? One explanation is U.S. air strikes against ISIS oil infrastructure, combined with falling oil prices. In August 2014, when ISIS’s territorial reach was at its greatest and the United States was not yet launching air strikes against the group, oil was trading at around $100 a barrel. Today, it trades closer to $35.

The drop in oil prices and the attacks on oil infrastructure undoubtedly hurt ISIS’s finances. But a RAND Corporation study of ISIS’s balance sheet showed that ISIS takes in more revenue from extortion and illegal taxation than from oil. Now, ISIS’s ability to fund its operations from these illegal taxes is under just as much strain as its dwindling oil revenues, because ISIS’s tax base is literally fleeing the territory the terror group controls.

Parts of Iraq that fell under ISIS’s control became severely depopulated while under occupation. Ramadi, for example, was once home to 450,000 people. By the time the Iraqi Army retook the city, only four thousand to ten thousand people remained in the city. The pattern repeated itself in Fallujah, where some estimates are that only about three thousand families remain in a city that was once home to about 250,000 people. Mosul has suffered a similar fate: ISIS has forced about a third of Mosul’s population, over five hundred thousand people, out of the city.

The depopulation of ISIS’s territories is not limited to Iraqi cities, but repeated inside ISIS’s holdings in Syria. Raqqa, ISIS’s capital, is another example. At the last recorded census, the population was 220,000. In the winter of 2013–14, when ISIS (then still nominally part of Al Qaeda) took control of Raqqa, the population had swelled with Syrians displaced by the fighting inside their country, and the population rose to about 350,000. But after a little over two years of ISIS control, the population of the city has fallen substantially. Now, the population has fallen close to its prewar level, with a substantial portion of its current residents being foreign fighters and their families, who draw a salary from the ISIS treasury rather than paying into it. The situation is so bad that ISIS had to issue a decree banning women under forty-five from leaving the city, to counteract widespread efforts by residents to smuggle female relatives out. The exodus from Raqqa reached its schizophrenic apex when ISIS, which has aggressively discriminated against non-Muslims, issued a decree banning Raqqa’s few remaining Christians from leaving the city in an effort to slow the hemorrhaging of the city’s taxpaying population.

At its height, ISIS held territory that had a population of about eight million people. This was ISIS’s tax base. Not anymore. Now, many of these people are among the 4.6 million refugees from the war in Syria and Iraq. Today, because of refugee flows and territorial losses, ISIS probably rules over only about four or five million people. The problem is exacerbated by the fact that the people who seem most likely to flee are professionals, like medical doctors and engineers, whose skills are desperately needed to keep society functioning.

This loss of talented professionals is not entirely an accident. As Jeffrey Bristol wrote for War on the Rocks in December, ISIS has had a “policy of extinguishing the ‘grey zone’ of moderate Muslims, encouraging the hijrah of loyalists and expelling and executing dissidents.” ISIS has driven Yazidis and other religious minorities out of its territory, as well as a large number of Kurds, whose loyalty to the “caliphate” was nonexistent. ISIS has also driven out Sunni Arabs whose religious fervor is not sufficient to satisfy their new rulers in Raqqa.

ISIS’s response to the refugee crisis has been incoherent. It drives out those who are insufficiently pure, and then denounces as traitors all Syrians who flee to Europe instead of going to Raqqa. By driving people out of its territory who can’t or won’t live under ISIS’s harsh version of sharia, ISIS is depriving itself of the tax base it needs to finance its war. ISIS’s ideology may be slowly strangling the group to death.

To those who followed the Iraq war closely, this should sound somewhat familiar. Before it took on the name “Islamic State of Iraq and the Levant,” it was Al Qaeda in Iraq, a key part of the Sunni insurgency. As time went by, AQI took a larger role in directing the insurgency against coalition forces. It also began to alienate other Sunni groups, including indigenous Sunni tribal leaders, by imposing a harsh version of religious law in the cities of the Sunni Triangle.

ISIS is far from beaten, but it is beginning to look as though AQI’s successor organization may be making the same mistake its predecessor did: letting radical ideology be its undoing.

John Ford is a Captain in the United States Army’s JAG Corps. The views expressed are his own and are not the official view of the U.S. Army. He has written previously in these pages on the Middle East. You can follow him on Twitter @johndouglasford.