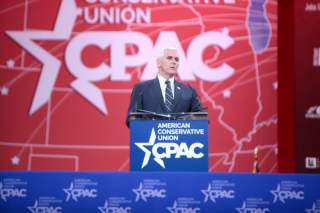 Who says they can't get anything done in Washington, D.C.?

The nation's capital joined a number of businesses, states, cities and organizations in boycotting Indiana over its controversial Religious Freedom Restoration Act (RFRA). They seem poised to succeed at getting conservative Republican Hoosier lawmakers to update the law to expressly exclude discrimination on the basis of sexual orientation.

Indiana had no state law to ban such discrimination prior to the great RFRA freakout. If the clarifying provision is approved, the religious freedom legislation will actually expand gay rights in the state.

At the very least, the language will keep the religious freedom law from being used to justify widespread discrimination against gays in public accommodations (which was never much in evidence anyway). It's possible that the new provisions will even keep from the new law from being successfully used by Christian wedding vendors to decline to celebrate same-sex marriages contrary to their faith.

The possibility that the law might let a baker stay in business while refusing to bake cakes for gay weddings was the whole reason the universe exploded when Indiana enacted a law similar to one on the federal books for the past twenty-two years. Some of the states boycotting Indiana, like Connecticut, had comparable religious freedom laws. New York was another state of the coalition of the willing fighting against Indiana. Its governor will soon be traveling to Cuba, famous neither for gay rights nor religious liberty (to say nothing of individual freedom in general).

Yes, there is more than a little bit of hypocrisy at work here. But at least taxpayers were saved whatever money was about to be spent on nonessential junkets to Indiana. The bigger question is whether the pile-on over Indiana's religious freedom law was necessary in the first place. There is a meaningful distinction, lost in virtually all of the media coverage, between declining to participate in a ceremony contrary to one's faith and broadly refusing to serve “sinners.”

The closer something is to the former, the more it is a legitimate religious liberty issue that should trump the government's other interests. The closer to the latter, the more the government's interests should win out (I've argued elsewhere that conservative Christian litigators should avoid cases that are less about religious freedom than asserting a freedom from seeing anything you find personally offended).

There is an enormous difference between accommodating people who ascribe to a definition of marriage that prevailed in almost every modern society until the early 2000s and letting the manager of the local Shoney's refuse service to a same-sex couple. How much baking a cake or making a floral arrangement or delivering some pizza can be construed as participation in the same-sex marriage is open to debate. But even before explicit non-discrimination was included, the law didn't say the vendors could turn down such business. It merely gave them an opportunity to have their claim heard in court.

Now thanks to the Indiana boycott, it's not clear whether they'll still have such an opportunity.

While the religious freedom controversy seems likely to be resolved in favor of anti-discrimination laws, the episode actually demonstrated the discrimination-fighting power of the marketplace. Death threats to pizzerias aren't a market force, but the reaction of major businesses and consumer boycotts are.

No major company is going to engage in anything that can be construed as anti-gay discrimination. Even mom and pop shops that serve gay people generally but are owned by people with moral qualms about gay marriage risk getting picketed out of existence. Supporters of gay marriage have market, political and social power that African-Americans did not during Jim Crow. Therefore, discrimination can be counteracted with market forces rather than federal intervention.

That would seem to make the case for allowing some room for religious freedom, since there are sufficient countervailing forces to prevent free exercise from turning into something more pernicious for gay and lesbian Americans.

But I guess not.