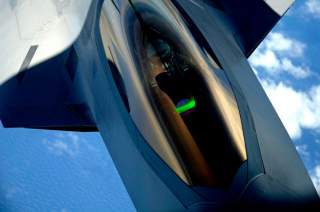 U.S. POLICY towards Syria since the Arab Spring uprisings of 2011 has been a litany of miscalculation, frustration and tragedy. The ascendance of the Islamic State in Iraq and the Levant (ISIL) as the major element of the opposition to the Bashar al-Assad regime may not amount to an imminent threat to American security; indeed, to date very few Americans have died at the hands of ISIL or its affiliates. But ISIL’s rise does place at much greater risk the security of Iraq, the future of Syria itself and the stability of Lebanon and Jordan. It could jeopardize the safety of American citizens as well, given the possibility of attacks by Westerners returning from the Syrian jihad or “lone wolves” inspired by ISIL propaganda. Massacres on a par with the Charlie Hebdo tragedy, or worse, could easily occur in the United States. The potency of the al-Nusra organization, Al Qaeda’s loyal affiliate, within the Syrian opposition is also of considerable concern.

This is not a situation that requires an invasion of Syria by tens of thousands of Western troops. But nor is it a situation that can be allowed somehow to burn out on its own. Even if the Assad regime soon falls to combined opposition forces, the problem will hardly be solved, since ISIL might then be in a position to dominate an entire country rather than just half. An ISIL advance westward would put the 10 to 15 percent of the population made up of “apostate” Alawites, as well as the 10 percent of the population that is Christian (according to prewar tallies), at severe risk of massacre. Upheaval in Syria would intensify, having already displaced half the country’s population and ended a quarter of a million lives. All of this would further validate ISIL’s apocalyptic narrative of a caliphate beginning in Syria—a narrative that, even if it has no chance of being realized, could aid the group in its already-impressive recruiting efforts, which are currently bringing about one thousand new fighters a month to the battlefield. This pace is probably adequate to replenish the loss rate from U.S.-led airstrikes, estimated by one U.S. official to have killed ten thousand ISIL fighters. Indeed, the U.S. government’s upper-bound estimate of some thirty thousand ISIL fighters has not changed for months despite the air campaign.

WHAT’S NEEDED to end the carnage is a radically new approach: working toward a confederal Syria. Put even more starkly, the only credible path forward is a plan that in effect deconstructs Syria, especially in the short term. A comprehensive, national-level solution is too hard even to specify at this stage, much less achieve. Instead, the international community should work hard, and devote substantial resources, to create pockets of more viable security and governance within Syria over time. With initial footholds in place, the strategy could develop further into a type of “ink-spot” campaign that sought to join the various local initiatives into a broader and more integrated effort. This approach builds on the ideas of classic counterinsurgency efforts but has a much different application. In this case, of course, the United States and foreign partners are taking the side of the insurgents rather than the government, and the goal is not to defeat the insurgency but to support and empower it.

This strategy might produce only a partial success, liberating parts of the country and then settling into stalemate. But that should not be seen as failure, even if it happens. One possibility is two or three safe zones in more remote parts of the country, backed up by perhaps one thousand American military personnel and other countries’ special-operations forces in each (with an implied annual cost of perhaps several billion dollars), rather than a snowballing and successful nationwide campaign. Generalizing the strategy from, say, the Kurdish areas of the country in the northeast (where a “lite” version of such an approach is now being attempted by Ankara and Washington), to the heavily populated and intermixed population belt from Idlib and Aleppo through Homs and Hama to Damascus could be very difficult. It would be substantially more dangerous, and also much more logistically challenging. It would be important that Washington not precommit to comprehensive regime change on any particular time horizon, since the number of available “moderate” partner forces may not prove adequate to that task, even once recruiting and training begin within the safe zones.

In fairness to the Obama administration, a realistic and comprehensive plan for Syria has always seemed elusive, without even factoring in self-imposed U.S. political constraints. And now, American “allies” in the war together constitute perhaps the fifth-strongest fighting force in the country, after Assad’s own military, ISIL, al-Nusra and even Hezbollah. Some of these so-called allies may not be so moderate, or dependable, after all. Kurdish fighters in Syria have had some success, and are now integral to a plan Ankara and Washington have developed to establish a safe zone in northern Syria that will greatly complicate ISIL’s ability to connect logistically with the outside world. But the ability of the Kurds to liberate any territory further south is unclear, and Turkey’s willingness to go along with any such escalation of the Kurdish role is also in doubt.

The woes go on. The central peace process appears to be in tatters. Moderate forces are not currently strong enough to achieve a significant governing role through any plausible negotiation outcome. Any willingness by Assad to defect as part of an integrated plan to produce a new power-sharing government (perhaps backstopped by an international peacekeeping force) would likely be seen as evidence of weakness by his enemies. It would probably fail to produce a durable and stable outcome. An actual large-scale U.S. military intervention is off the table, in light of what the nearly decade-long effort in Iraq produced; not even the most hawkish candidates in the GOP field for president in 2016 are calling for such an approach. Development of a new Syrian army of tens of thousands, able to take on Assad as well as ISIL, may be conceptually appealing. But it seems hugely ambitious in a situation where the United States has failed to train even a few thousand moderate fighters a year, and where there are few individuals who could provide political or military leadership of an integrated Syrian opposition. An integrated army may be the right long-term plan, but it is probably not a realistic goal with which to begin.

Instead, a more limited strategy could have major benefits. It would help the United States and other outside powers protect several million Syrians who would no longer have to fear being overrun by Assad or ISIL, as well as allow them to collectively attack and pressure ISIL from more locations than possible today. Such a strategy would send a clear message of U.S. engagement to regional partners and create new opportunities that may not presently be foreseeable.

QUALIFYING STANDARDS for opposition fighters wishing for U.S. training, equipment and battlefield assistance would be relaxed under this approach. Requiring that they are untainted by past associations with extremists and that they swear to fight only ISIL would no longer be central elements of the vetting process. To avoid American legal issues, the subject could simply not be raised the way it is now. The United States would not have to bless, or encourage, their aspirations for overthrowing Assad, but it could stop trying so proactively and unrealistically to squelch those ambitions. “Accidental guerrillas,” to use David Kilcullen’s memorable phrase, who had previously been in cahoots with some of these groups could in some cases be forgiven their transgressions, if there were reason to think that they were dependable.

Training opposition fighters in the safety of Turkey, Jordan and other friendly countries would still be the first step. But it is not sufficient, and this new strategy would recognize as much. Many opposition fighters are reluctant to leave their home territories—and thereby leave their families and communities unprotected—in order to go abroad for training. The wiser idea would be to help moderate elements establish reliable safe zones within Syria as catalysts to much broader recruiting and training efforts that would then occur within these zones on Syrian territory. American and allied forces would act in support, not only from the air but eventually on the ground via the deployment of special-operations forces into Syria as well. This would entail risks, but manageable ones. Syria’s open desert terrain would make it easier to monitor for possible signs of enemy attack against these zones, through a combination of technologies, patrols and other methods that outside special operators could help Syrian local fighters set up.

Were Assad foolish enough to challenge these zones, even if he somehow forced the withdrawal of the outside special-operations forces, he would be likely to lose his airpower in ensuing retaliatory strikes by outside forces, depriving his military of one of its few advantages over ISIL. Deconflicting U.S./allied efforts to attack ISIL with the expanding Russian activities in the country would, however, be important.