In Defense of Sharia Law 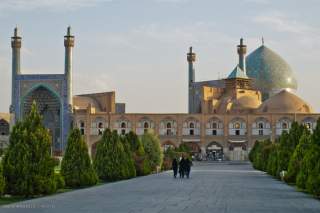 Many American citizens and legislators today display a somewhat understandable sense of alarm whenever they hear the term sharia, or Islamic Law (the word literally means “pathway to be followed” in Arabic).

This is understandable not because of any inherent flaw with Sharia itself, as all systems have their pros and cons, but because different legal systems develop over time to align with various local cultural and historical circumstances, and what is intended for societies in the Middle East is clearly different from what would work in the United States.

Yet, sharia is, in many ways, remarkably similar to Anglo-Saxon and American common law, in that it developed organically over time through decisions made by judges, who usually render judgments on a case-by-case basis without the codified universal statues found in civil law countries (however, precedent plays a much smaller role in sharia than it does in common law).

This then is an argument for the United States and Americans to accept, and even embrace, sharia for Muslim-majority countries, if they want it: it is a potentially well-adapted system for a civilization in turmoil.

Accepting Islamic Law in Muslim-majority countries is a position that both Western liberals—big fans of diversity—and conservatives, who support traditional values, can get behind. True tolerance and diversity allows the recognition that this includes an international diversity of social, economic and political systems, and not the development of a global, homogenous, universalism. This is a position reconcilable both with liberal Enlightenment thought and conservatism, as thinkers such as Montesquieu and Burke both noted that the multiplicity of customs and habits among peoples were shaped by their distinct “temperaments.”

Another interesting view comes from the perspective of a Western conservative, British Prime Minister David Cameron.

Family breakdown, drugs, crime and incivility are part of the normal experience of modern Britain. Many British Asians [British Asians is a term that includes Muslims, Hindus, Sikhs, and East Asians] see a society that hardly inspires them to integrate. Indeed, they see aspects of modern Britain which are a threat to the values they hold dear—values which we should all hold dear. Asian families and communities are incredibly strong and cohesive, and have a sense of civic responsibility which puts the rest of us to shame. Not for the first time, I found myself thinking that it is mainstream Britain which needs to integrate more with the British Asian way of life, not the other way around.

There should thus be no opposition from any side of the political spectrum in the United States or Western countries to the idea of another civilization applying its customary laws and values to itself. This applies not only to sharia in Islamic countries but also to other systems like Confucianism, to pick an example. Indeed, the West should stick to its own customary values and traditions.

However, in no way should this argument be construed to exclude the possibility of non-Western civilizations selectively adopting aspects of Western legal, economic, or scientific ideas, if they so choose. In fact, many of the conditions of the modern world will lead to such borrowings or the emphasis of intellectual streams from native traditions that support ideas like individualism, human rights, feminism, and so on.

Sharia is not a primitive, static form of law but a highly developed legal system with multiple schools (madhhab) of jurisprudence (fiqh). There are four major Sunni schools and two important Shia schools, among others, meaning that there is a great amount of variation within Islamic law ranging from rigid to flexible.

Islamic civilization and sharia in particular have acquired a bad rap in the West because of the chaos currently engulfing the Middle East and South Asia. It is true that Islam, more than other religions, contains legal and political elements, but it is hardly unique in this regard. Judaism, with its traditional Jewish Law, halakhah, closely parallels sharia, for example. It is the West, really, that is different from the norm in its approach to religion and politics. As the religious scholar Karen Armstrong points out in her latest book:

In the premodern world, religion permeated all aspects of life. A host of activities now considered mundane were experienced as deeply sacred: forest cleaning, hunting, football matches, dice games, astronomy, farming, state building, tugs-of-war, town planning, commerce, imbibing strong drink, and, most particularly, warfare. Ancient peoples would have found it impossible to see where ‘religion’ ended and ‘politics’ began. This was not because they were too stupid to understand the distinction but because they wanted to invest everything they did with ultimate value.

Armstrong goes on to argue that it is only in the modern West that religion is “codified and private.” Secular ideology was a “radical innovation” that to “non-Westerners…would seem unnatural and even incomprehensible.” In other cultures, the words translated into English as religion “invariably refer to something larger, vaguer, and more encompassing. The Arabic din signifies an entire way of life. The Sanskrit dharma is also a ‘total’ concept, untranslatable, which covers law, justice, morals, and social life. The Oxford Classical Dictionary firmly states: ‘No word in either Greek or Latin corresponds to the English religion or religious.’ The idea of religion as an essentially personal and systematic pursuit was entirely absent from classical Greece, Japan, Egypt, Mesopotamia, Iran, China, and India.”

Islamic civilization is a society that has, in particular, been thrown into turmoil by its disassociation from its traditional political and legal structures, that were essentially premised on a foundation of absolute truth. The rejection of sharia is essentially tantamount to admitting that Islam is not the final word of God, a situation that has led to a lot of existential angst in the Muslim world. This, in turn, has led to an increase in the rise of extreme interpretations of Islam, in reaction to these trends.

U.S. policy and instincts throughout the years has been to press for the elimination of Sharia and the eventual transition to rational, secular law that can be amended by the representatives of a community to match the legal needs of the time à la the modern Western conception of law, which sees law as neither eternal nor sacred. Even when not articulated, Western attitudes lurk in its collective subconscious. But this is not constructive, and it is not in the West’s interests to push forth such a radical break from a civilization’s past. A Western policy that accepts Islamic countries retaining their traditional values, and legal systems, if they so choose, would ultimately be beneficial, however distasteful that seems. It should be no surprise that extremism gained more currency in the Islamic world in the latter half of the twentieth century when the West began pushing a global, liberal, and universal vision for the world. Yet for a hundred years before this, the main trend in the Islamic world was to emulate the West in order to strengthen itself; and note that this was during a period when much of the Islamic world was dominated or colonized by the West. However, colonial powers did little to interfere with local customs, where they either despised or ignored for the most part.

Ultimately, lasting change will come to the Islamic world and its political and legal life only from within, as Islamic societies find ways to adopt their traditional customs and systems to a different world. The “Turkish option”, one that promises a clean break from the past, is unlikely to work throughout the Islamic world, and could anyhow lead to a backlash from conservative societies themselves, as in Iran. Therefore, it is not in the interests of the West and the United States to push Islamic countries to accept legal ideas to which there is local resistance. Too much change too fast could lead to a backlash or alienation that leads to greater violence and extremism. Islamic societies must be allowed to operate on their own terms and evolve organically in other for them to more smoothly make their transition to modernity. That is why the United States should accept sharia in Muslim countries.

Akhilesh Pillalamarri is an assistant editor at The National Interest. He tweets at @AkhiPill.