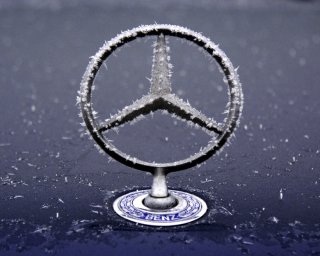 With a framework in place for addressing the Iran nuclear issue, Germany, a member of the P5+1 powers negotiating with Tehran, stands to reap an economic windfall. German investment in Iran, however, is a double-edged sword. When it comes to the uncertainties of sanctions relief for Iran’s battered economy and the misuse of technology for domestic repression, Germany’s business community may face enormous challenges.

The November 2013 Joint Plan of Action interim agreement sparked a 30-percent rise in German exports to the Islamic Republic in 2014 to reach €2.4 billion.

German businesses are straining at the leash to reenter the Iranian market. Michael Tockuss, managing board member at the German-Iranian Chamber of Commerce Association in Hamburg, said Iran is “totally dependent” on German spare parts and suppliers, and estimates that annual exports to Iran could rise to €5 billion or €6 billion after a comprehensive deal. The Chambers of Commerce and Industry in Germany see a €12 billion benchmark in the coming years.

According to a 2014 in-house list compiled by the Tehran-based German-Iranian Chamber of Commerce and Industry, scores of German enterprises are already conducting flourishing trade with Iran. The forty-four-page brochure lists over one hundred German and Iranian companies.

German companies sell a broad spectrum of goods to Iran, ranging from confection-industry items to vacuum cleaners, and from Mercedes-Benz coupes to heavy earth-moving equipment. Herrenknecht AG, for example, is a global engineering giant that manufactures “tailor-made machines for transport tunnels and supply and disposal tunnels,” including “state of-the-art deep drilling rigs that drill down to a depth of 6,000 meters.”

Asked if Iran might use its equipment to hide nuclear facilities, a Herrenknecht spokespeople consistently told us that its drills are used “solely reach projects which clearly pursue civil applications (metro tunnel construction, sewage pipes and water supply lines).”

For the Arab states of the Persian Gulf and Israel, the transfer of technology to Iran that could be used to build underground military and nuclear installations rings alarms. A “German company in Tehran would never be able to ensure that their construction projects were not used for Iran’s nuclear or military facilities,” Ephraim Asculai, a scholar with Israel’s Institute for National Security Studies and former official with the International Atomic Energy Agency, told us.

Sanctions on Iran have hurt German businesses’ bottom lines. For Germany, reviving the robust pre-sanctions annual bilateral trade of more than $5 billion will be a tricky endeavor. The ambiguous—and unsigned—framework deal has, paradoxically, prompted insecurity among German investors and companies fearful that they will reenter the Iranian economy only to be forced out again soon after.

Iranian democrats subsequently called for a boycott of Nokia, and the German Green Party raised questions in the Bundestag about the supply of surveillance equipment to Iran.

The head of the Tehran office of the German-Iranian Chamber of Commerce, Daniel Bernbeck, said during the repression of 2009 that there is “no moral question here at all” about conducting business with Iran. Just in January, Bernbeck raised eyebrows among Iranian dissidents in Berlin because of his Iranian-European business forum with German MP Peter Ramsauer, head of the Bundestag’s economic and energy committee.

In 2010, the business daily Handelsblatt reported that Germany’s foreign ministry and central bank had organized a sanctions-busting transaction with the Hamburg-based Europäisch-Iranische Handelsbank (EIH). The bank was already on the list of U.S. Treasury–designated terror-finance entities over having transferred funds to Tehran’s nuclear-proliferation efforts and alleged missile program.

According to the paper, the foreign ministry approved a €1.5 billion oil payment from India to be transferred to Tehran via the EIH. As a result, the U.S. Treasury issued a rare public reprimand to the German government. The New York Times even reported that the Obama administration had allegedly asked Merkel to clamp down on the EIH, but that she had refused. However, the German government reportedly might close the EIH soon and add it to the EU terror list.

All of this helps to explain that many German businesses will need to tread carefully in Iran. To enter Iran’s market, and return to its pre-sanction trade levels, German businesses will have to weigh the risks versus benefits and the outcome of the sanctions discussions among the world powers. As Iran’s most important European trade partner, Germany is positioned to influence a change in Iran’s behavior. Put simply, the Federal Republic’s economic clout could cause Iranian decision makers to make concessions as part of a final nuclear agreement, as well as improvements in the country’s miserable human-rights situation.

Benjamin Weinthal is a Berlin-based fellow at the Foundation for Defense of Democracies. Follow Benjamin on [email protected].