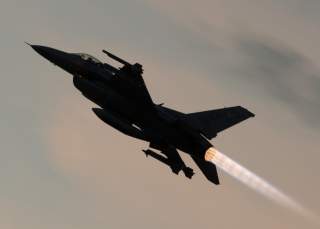 Can Operation Inherent Resolve achieve President Obama’s stated goal of degrading and destroying the Islamic State in Iraq and the Levant (ISIL)? Those questioning the efficacy of the current U.S. strategy seem to place more emphasis on destroying ISIL than degrading it, as others have suggested that an expansion of the current war is necessary to erase this quasistate from the map. This emphasis on ISIL’s destruction has also led to a slow, but steady decline in public confidence of the operation’s possible success. CNN’s October 29 poll illustrates, somewhat alarmingly, that a growing number of Americans favor “sending troops into combat operations against [ISIL] forces in Iraq or Syria.” President Obama’s decision late last week to send an additional 1,500 troops to Iraq brings the U.S. one step closer to a dangerous and irresponsible escalation.

While this hawkish sentiment is probably well received among neoconservatives and liberal interventionists, committing American grounds troops would be unwise. Doing so would enmesh American forces in a larger regional conflagration that has been sending tremors through the region since 2011. Instead of seeking to excise ISIL, the United States should continue its efforts to degrade its offensive capabilities and emphasize containing militants inside areas they already control. Such a strategy, as Dov Zakheim suggests, will buy time for local allies to begin the long, hard task of liberating the region.

Despite the abhorrent ideology espoused by ISIL and the odious crimes it has committed, it does not pose an existential threat to the United States. American interests in the Arab World are firmly rooted in the preservation of the regional order and its balance of power. Appropriately, it has been regional actors that have hitherto shouldered much of the burden of confronting ISIL after it exploded across the Sunni triangle earlier this year. This summer, at the height of its success, it looked as if Erbil and Baghdad might become new fronts as the peshmerga, Iraqi security forces, and local militias frantically tried to halt ISIL’s advance.

The strategic imperative that ultimately necessitated the American air campaign against ISIL was a direct threat to the integrity of the Kurdish Regional Government (KRG) and the Iraqi state. The conquest of this territory would have given ISIL control of oil refineries in the north, strategic position on the Turkish border and exacerbated an unstable security situation in southern Iraq. The deployment of American airpower in support of coalition allies has proven instrumental in blunting this offensive over the last few months, providing the beleaguered defenders the crucial respite needed to organize a counterattack.

Since August, the degradation of ISIL’s operational capabilities has been made evident. Coalition forces have won victories in northern and central Iraq and even the all-out thrust towards Kobane appears to have stalled, where defenders have begun to slowly roll back ISIL’s gains in the city. The loss of momentum has also been accompanied by an equally devastating loss of prestige, as the myth of an invincible caliphate has been shattered. As Sean Mirski recently wrote in the National Interest, the establishment of an ISIL statelet on the periphery of Iraq and Syria ultimately made it more vulnerable to defeat. “Its statehood has brought it fame, funding and foreign fighters,” Mirski asserts, “but it has also established fixed assets that the United States and its allies can easily hold at risk.” Surrounded on all sides by adversaries, ISIL’s ability to project power across the Iraqi and Syrian deserts has been effectively neutered by U.S. airpower.

While the highpoint of ISIL’s threat is likely over, coalition forces are months away from being able to launch an effective counterattack to liberate the core of occupied territory. The questionable readiness of coalition allies has given credence to the narrative that American boots on the ground will ultimately be needed. Such an intervention would have limited strategic value and involve an open-ended American commitment as peacemaker and security guarantor. By insisting upon the destruction of ISIL, the United States is pursuing a political objective that does not align with its vital interests in the Arab World.

The would-be caliphate no longer poses an imminent threat to the survival of the regimes in Baghdad, Erbil or Damascus, but it has successfully established itself as a semi-permanent player in the region. Critics of the current strategy are correct when they note future success against ISIL will come from gritty, urban warfare in the major cities it occupies. However, proponents of American-led efforts to root out and destroy ISIL are not looking beyond the immediate goal. Any postwar settlement will have far-reaching ramifications for the region’s balance of power, and neither outcome presents a particular appealing option for the United States.

The anti-ISIL coalition consists of some strange bedfellows, including the Kurdish peshmerga; Sunni and Shia militias; Iraqi Security Forces; the remnants of the Free Syrian Army; Assad-loyalists and others, each of which has divergent political aims and parochial interests outside the groups defeat. Orchestrating an American-led liberation of this territory would require the administration to employ a diplomatic élan hitherto unseen, given the contending political ambitions of the various actors involved. Moreover, any postwar political settlement that involved an American ground presence would put Washington in the awkward position of needing to support some of its erstwhile allies over others. Attempting to enforce a status quo ante bellum would require U.S. troops to return vast tracts of Syrian territory to the Assad regime, while encouraging Iraq’s Sunni and Kurdish communities to return to the Shia-dominated government in Baghdad.

Liberal interventionists and neoconservative hawks, however, view a return to the status quo in Syria as morally repugnant as the continued existence of ISIL. Pointing to the president’s infamously irresponsible call for “President Assad to step aside,” Senators John McCain and Lindsey Graham believe that peace can only be purchased in Syria through the removal of Bashar al-Assad and the creation and subsequent installation of a “moderate opposition,” trained, equipped and supported by the U.S. military. This initiative asks the United States to undertake a herculean task, as the National Interest’s John Allen Gay wrote, to “forge order out of red-hot, molten chaos.” Beyond the logistical and military challenges concomitant with the deployment of forces against both ISIL and Assad, any overt action against Damascus will ensure an adversarial relationship with Iran, who wields an incredible amount of influence in Iraq. American forces committed to an anti-ISIL campaign would soon find themselves contending with Damascus and Baghdad.

The political future of the KRG also complicates the issue. While the peshmerga have proven the most effective faction in the fight against ISIL, they have also pursued policies that have brought them into contention with Baghdad, not least of which is their liberation and control of the city of Kirkuk. When Iraqi Security Forces were disintegrating over the summer, the Kurds were forced to act with even greater autonomy. Though the ouster of al-Maliki has bought the Government of Iraq time to find a political accommodation with Erbil, KRG president Massoud Barzani’s postponed independence referendum looms and remains a wildcard in any post-ISIL settlement.

Rather than expanding the current air campaign against ISIL or escalating the war with the introduction of U.S. ground troops, Washington should focus on containing the threat posed by ISIL and allow regional powers to pursue their own political ends. American air strikes can ensure that ISIL’s brigands remain on the defensive, by working with coalition partners to fly limited sorties against any incursions into Kurdish-, Iraqi- or Turkish-controlled terrain. However, the duty of liberating this territory, and the gritty, urban combat that this task will require, should be left to the various factions. As ISIL’s territory is slowly shrunk, the competing factions in Syria and Iraq will be free to jockey for position as a new balance of power equilibrium emerges. Meanwhile, the United States will be able to preserve its role as an offshore balancer.

Robert G. Cantelmo is Assistant Director of the Center for the National Interest. You can follow him on Twitter: @RobertCantelmo.