Democracy at Risk: Why Social Media Endangers a Free Society 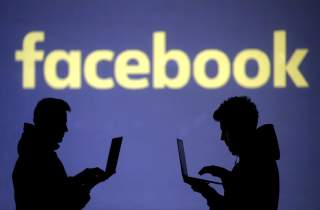 The future of democracy is at stake, in part due to the various social networks that have been created over the past three decades. Society must now seek out holistic and thoughtful approaches toward protecting free speech.

Social networks. People are the guardians.

Can the Internet deliver social cohesion and can values governing free access in a primarily “one nation, one culture and one religious” environment be transposed to an international world with many cultures, ethnicities and religions? This question explains the existential battle going on about control over social networks connoting that power rests with those who control and command social networks. There are three main issues.

The first one is: who sets the technical standards, such as who owns the networks and who controls access to the networks. The answer is: the big internet companies run the show, such as the American “Big Five” (Apple, Alphabet, Microsoft, Facebook and Amazon) and the Chinese “Big Three” (Baidu, Alibaba and Tencent), with citizens and the political system out of the picture. These companies expand their activities outside core business. Lately Google, Facebook and Amazon have started to buy into submarine cables. Facebook and Amazon build their own cables to support their cloud services.

Proposition one. Introduce a high degree of transparency about who owns the networks and cables. As of now this is no secret, but analysts have to dig—and sometimes dig deep—to discover ownership and control.

Proposition two. Strengthen anti-trust legislation, most of which is intrasectoral (dominant market position in a particular sector or area), by looking at how much power a company possesses in delivering a service—in this case access to the Internet and connecting people—with an intersectoral perspective.

The second one is the relationship between the state and the companies offering services to the people. The top ten big data corporations are in many respects more powerful than nation-states. They decide what can be transmitted via the networks. As was seen during the presidential election in autumn 2016 they can allow their networks to be used in a way that certainly influenced the outcome.

The three major global powers—the United States, China and the EU—are each tackling this problem in their own way. The United States appears to have chosen to merge interests of these companies with the interest of the state, which makes it difficult to distinguish the two from one another. China and the EU have chosen to insist on state control over the data-collecting companies. The EU is using legislation to force the companies to adhere to rules and regulations vis-à-vis the citizens. And China remains vigilant on the antitrust side by insisting that representatives of the Chinese Communist Party (CCP) are member of the board.

Proposition three. Democracy will be in danger if the state allows data-collecting companies to challenge its power vis-à-vis citizens. It must be able to supervise their activities and draw clear lines for those activities, especially about how much personal data they collect, public awareness about that collection process, and in some cases the state must require the consent of those citizens as to whether they can or will make such data available to others.

Proposition four. An Ombudsmand institution (parliamentary commissioner) should be created so that citizens can inquire about the type of data private companies and government institutions have collected about them.

The third issue is how to secure information that has been put on the Internet and meet the minimum standards for combating “fake news.” Three things have changed the game.

The cascade effects. With billions on the Internet and the speed of transmissions combined with the instinct of relying on first impression gives it both an enormous power to shape people’s mindset and makes it extremely difficult to get through with corrections to false information – fake news.

Globalization. The norms for what can be said publicly are not the same across the globe as is it is when a dominant religion or ethnicity has controlled norms inside a nation-state. In a national framework nationalism or patriotism fostered unity. In a global world, it sows the seeds of division even conflicts.

Who to trust? Before social networks, the ruling class decided on the authenticity of news. And they still try to do that today. In some cases, governments have blocked websites that they consider to be “dangerous” (censorship). Companies like Facebook block certain content, but no one outside of Facebook knows exactly what the criteria is for blocking content, nor do they know if Facebook plays with or against the government. The game-changing element in all of this is that technology has empowered the individual to choose what news to believe in, thereby establishing a trust gap and potential conflict vis-à-vis governments and companies.

Proposition five. The Internet should be kept free. Any attempt to weed out fake news or discriminatory and insulting messages comes with a high risk of censorship. Still, it should be possible to exercise some kind of oversight process that results in classifying messages and marking those of dubious quality. Artificial Intelligence and Big Data may help to catch wrong facts without delay.

Proposition six. There is no way around entrusting social networks to people. The users of the Internet must be encouraged to take an active role in repudiating fake news and flagging discriminatory or insulting messages. The issue lies in the education, literacy and gullibility of the people, not in the source of the news.

A tsunami of centralization has taken place in most democracies. Many small- or medium-sized communities have been dissolved and replaced by bigger units, which are often known as “regions.” In the prism of a ministry of finance the benefits are obvious: lower administrative expenditure. For the citizen it means that public services and the politicians have moved farther away. Power and service have grown distant.

Some decades ago a town had its own hospital—maybe not a big one, but a decent one. Most illnesses could be quickly dealt with at the local level. Now, big regional hospitals have advanced and expensive equipment designed for more complicated health cases, such as a brain tumor. This is great for those people who are suffering from a brain tumor, but bad for people with minor illnesses, which make up most health cases. On paper this scenario looks great; but, it amounts to a significant deterioration of facilities for most people—especially for those living in the periphery.

Proposition seven. Reverse the trend towards centralization and provide towns and local communities with facilities comparable to those existing several decades ago. Political reform is also necessary. Local committees and mayors who can “govern” in close contact with the local people must be reinstated.

The big investment funds and pension funds can be described as institutional capitalism with pro forma owners—people who have invested their money and almost completely been removed from exercising control over the disposal of their money.

The number of traditional financial institutions, such as banks and savings banks, have been decimated. Those that remain have financial clout that would have been inconceivable about thirty to forty years ago. In 1995, the Big Six—JPMorgan, Bank of America Corp., Citigroup Inc., Wells Fargo & Co, Goldman Sachs Group Inc. and Morgan Stanley—had assets worth only 17 percent of U.S. gross domestic product. The Big Six now command assets worth 60 percent of GDP.

Capitalism in its original conception—with entrepreneurs saving, investing their money, and building factories—does not exist anymore. Almost all economic operators are controlled by a network of funds and non-transparent cross-ownership.

A study by ETH in Zurich in 2011 disclosed that 147 companies directly or indirectly control 40 percent of the global economy.

Transparency is sorely lacking with regard to cross-ownership making it difficult fully to estimate the financial and probably also political power in the hands of not only these 147 companies, but the people controlling them, in reality shuffling around the savings of the global population.

Proposition eight. There should be much stronger awareness of companies’ ownership of shares in other companies and in case of mergers & acquisitions (M & A) whether institutional investors sit on the board of both companies involved.

Corporate Social Responsibility (CSR) has grown into an important element in most companies, but it is unclear whether corporations see themselves as platforms or as stakeholders in society.

Many CSR activities take the form of grants for various social activities, such as arts or sports. This is commendable, but CSR should go much further than that. The purpose of business is to deliver goods and services to society more than earning a profit. The business world gains from being part of society and offering services indispensable for business activities, such as education, transport, and health. Businesses should see “paying back” society as their main objective.

Globalization has cut the link between businesses and local communities. Companies relocate, seeking to operate in countries not only with lower costs, but where it is most profitable, and they use existing tax systems to register activities and profits in countries with the lowest tax rates. By doing so companies act in open contradiction to the genuine meaning of CSR depriving countries of a legitimate share of what may be called the social value added.