Democracy as a Vital Interest: A Realist Approach to a New Threat Landscape 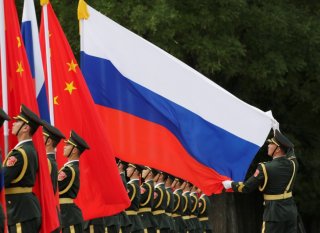 Russia’s invasion of Ukraine underscores what should now be a universally held truth: President Vladimir Putin views the expansion of democracy as a threat to his grip on power and key to the advancement of U.S. and allied influence in Russia’s periphery and around the world. Chinese leader Xi Jinping shares this concern, and the lengthy joint statement issued by both leaders after their meeting last month strongly reflected it.

But what is evident to Putin and Xi is increasingly challenged in Washington. Centers within a handful of think tanks and universities have emerged to advance a “less activist” U.S. foreign policy approach. They claim the mantle of “realist” international relations theory to argue, among other things, that the United States should forego spreading liberal democracy overseas because it is not in the United States’ vital interest to do so.

Pursuing a realist foreign policy and promoting democracy are not mutually exclusive goals but, instead, are reinforcing and responsive to today’s threat landscape. As we are currently observing in Ukraine, the Kremlin and Chinese Communist Party (CCP), the United States’ two main adversaries, act to protect themselves and expand their power by employing the traditional tools of military power. Increasingly, however, Xi and Putin advance their interests by using hybrid tactics to undermine democracy in ways that make the world less hospitable for U.S. security interests and accessible to American companies.

Military deployments and economic sanctions are necessary but insufficient to address these challenges. Neither tool helps gird target countries, whether established or fledgling democracies, against authoritarian efforts to destabilize political systems or make them more favorable toward Beijing or Moscow. These malign tactics range from information operations to strategic corruption to election interference.

The U.S. approach to this challenge should not involve military intervention to supplant regimes vulnerable to or already influenced by the Chinese and Russians. For many critics, the notion of democracy promotion calls to mind the failed American-led intervention in Iraq and attempted “nation-building” to transform that country into a liberal democracy.

Instead, we define democracy support or “promotion” as assistance the United States provides to protect and strengthen democratic governance abroad. In practice, this might involve using foreign assistance to help citizens or governments strengthen their democratic ecosystems against malign influence of external authoritarians. It could also include diplomatic engagement that champions local democracy advocates or holds despotic regimes accountable for their actions. This suite of tools is critical to any successful, realist approach to securing U.S. interests abroad, given the tactics employed by our adversaries.

The CCP and Kremlin each use traditional military and economic statecraft tools to advance their interests globally and maintain their grip on power. China has increased naval deployments in the Indo-Pacific to expand and safeguard its perceived sphere of influence. Going further, the Kremlin has invaded Ukraine with the goal of replacing the democratically-elected government with a puppet regime.

These tools are familiar and reminiscent of the Cold War. But today, Beijing and Moscow are also using a suite of less overt “hybrid” tactics, operating inside countries around the world to imperil vital U.S. and allied interests.

China is exploiting and exacerbating governance gaps in vulnerable countries, using corruption and the lack of transparency to conclude deals that undermine political accountability. Russia is similarly using strategic corruption to prop up and co-opt its allies within countries and undermine democratic actors with ties to the United States and European Union. Both Moscow and Beijing subvert democratic political processes, interfering in elections and providing direct political and financial support to friendly autocrats.

Russia and China are also corroding information integrity and the very notion of objective truth, which is fundamental to stability and democracy. The Kremlin routinely spreads disinformation, sows confusion, and exploits divisions to polarize public debates, and China is increasingly adopting Russian techniques. The countries are coordinating on global messaging and information manipulation across mutual platforms, denigrating democracy, and advocating for authoritarian solutions. These tactics directly undermine U.S. interests by destabilizing longstanding partners and the alliance structure the United States relies on to ensure its influence abroad.

China and Russia are also inspiring the adoption of digital authoritarianism, sharing with aspiring autocrats the technology, normative and legislative frameworks, and training to monitor their citizens as well as muzzle independent media and civil society.

Xi and Putin each view the success of democracy in their near abroad as a threat to their interests because pluralism flourishing elsewhere (e.g., in Taiwan or Ukraine) means it has a chance to take hold in Moscow or Beijing and threaten their grip on power. Both leaders also recognize that liberal democracies are likely to align themselves with the United States and its allies against their revisionist approaches in Asia and Europe. This realization is why both leaders contest democracy as the best model for governance and undermine its practice.

The United States cannot address these challenges with traditional military or economic measures alone, let alone by sitting back “offshore” while China and Russia expand their influence at U.S. expense and American opportunities for trade and commerce plummet.

Securing democracy overseas is good for American security at home. The evidence to this effect is sound and expansive. Democracies are more reliable trading partners and less likely to go to war with each other. Democracies have more robust institutions and transparent regulation, which makes it easier and safer for American companies to expand into these markets.

Like deploying warships, employing sanctions, or transferring defensive weapons, using diplomacy and foreign assistance to help allied nations guard themselves against authoritarian incursions are tools the United States uses to advance U.S. national security. Democracy assistance can help achieve both security and prosperity. This argument is instrumental, not ideological or normative.

Democracy assistance can help create conditions that deter malign states from exerting their influence in a target country or, at minimum, make it more difficult for them to do so. Robust electoral processes defend against interference in elections and help maintain public confidence in democracy. An independent civil society and media help hold leaders accountable and mitigate against external actors corrupting and ultimately co-opting them. Democracy support helps bolster transparency and counter CCP and Kremlin efforts to capture political and economic elites. This can result not only in reduced political accountability but in policy and commercial decisions in line with China’s or Russia’s interests and contrary to those of Washington and U.S. businesses.

The weak regulatory environment and minimal transparency around foreign financing and investments in fragile democracies create ripe conditions for countries to become dependent on China, whether due to mounting unsustainable debt to Chinese policy banks or reliance on information communications technologies from Chinese government-linked companies. The consequence of this dependence is an expanding set of countries that will choose China as their primary economic and political partner and side with Beijing against U.S. interests in multilateral institutions.

It is no coincidence that countries that already have or have reportedly considered welcoming a Chinese military base on their territory are non-democracies and usually countries indebted to or otherwise dependent on China. Supporting democratic actors and institutions can help ensure that fewer countries find themselves in situations similar to Djibouti, Cambodia, and Equatorial Guinea, among others, limiting the number of countries eager to help the People’s Liberation Army expand its global presence.

The proponents of “restraint” in U.S. foreign policy are not wrong in urging policymakers to tightly define American interests and craft approaches to protect these interests. But they must better define what they are “for” aside from the important goal of preventing large-scale war or an attack on U.S. soil. In fact, relatively low-cost, low-risk support for democracy and local actors’ defense against foreign authoritarian influence is a natural fit for those who advocate offshore balancing and selectivity in the application of military force to protect America’s sprawling global interests.

Realists are not wrong to interrogate the efficacy of democracy promotion—every foreign policy tool, including the use of military force or sanctions, must be adjusted to maximize impact. We must learn from past mistakes and remain vigilant lest democracy support transforms into costly military missions or open-ended commitments that drain resources. But Washington should not abandon a foreign policy tool uniquely suited to counter today’s threats today in the name of overcorrecting to yesterday’s failures.

Open societies with thriving civil societies, rule of law, independent media, and protections against foreign interference in their electoral processes are unlikely to align with our adversaries or become breeding grounds for terrorism. In other words, they can take care of themselves without any help from Uncle Sam. Leaving aside the normative argument for democracy assistance, we should view this as an important tool in advancing U.S. interests and competing with our adversaries.

Patrick W. Quirk is Senior Director for Strategy, Research, and the Center for Global Impact at the International Republican Institute and a Nonresident Senior Fellow at the Atlantic Council. Previously, he served on the U.S. Secretary of State’s Policy Planning Staff.