The Democrats Have Even Bigger Plans for Biden's Stimulus Package 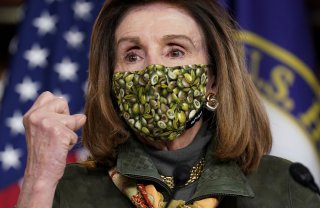 A group of Democratic senators are pushing President Joe Biden to add recurring direct payments and boosted jobless benefits for some Americans to his upcoming coronavirus relief package.

The effort, which included eleven Democrats, was led by Senate Finance Committee Chairman Ron Wyden (D-Ore.), calling for additional aid to workers until economic conditions improve. The federal support would be in addition to the $1,400 stimulus checks that are featured in the $1.9 trillion proposal. The letter to the president, which was announced Tuesday, however, did not indicate specific amounts for these payments.

“This crisis is far from over, and families deserve certainty that they can put food on the table and keep a roof over their heads,” the senators wrote. “Families should not be at the mercy of constantly-shifting legislative timelines and ad hoc solutions.”

The letter comes after Biden’s partisan relief package passed the House, with two Democrats separating with the rest of the party to move to reject the bill with Republicans. The upper chamber will consider the legislation this week after the Senate parliamentarian squashed a progressive priority of a $15 federal minimum wage to be included in the relief bill. Democrats, who hold a narrow majority in both congressional chambers, want to pass the legislation through budget reconciliation, a legislative process that requires not a single Republican vote.

Biden’s proposed plan already includes funding for $1,400 direct payments to Americans that qualify based on income. It also would offer an extension of federal unemployment benefits through the end of August, with weekly bonuses of $400, a $100 increase from the jobless aid supplement approved in December that expires March 14.

It’s unclear whether the recurring payments and enhanced unemployment benefits will see victory in the Senate, as the party would need every Democrat to join the push in a narrowly split 50-50 majority. While Wyden’s initiative might excite progressives, conservative Senate Democrats like Sens. Joe Manchin (W.Va.) and Kyrsten Sinema (Ariz.) would likely balk at supporting additional funding. The duo has previously sounded the alarm over Biden’s $1,400 stimulus payments, as well as the $15 wage hike.

Economists, however, think the senators’ approach to mitigating the economy “makes perfect sense.”

“The debate about Covid relief has focused too much on the total size and not enough on how well-targeted the policies are,” Ryan Chahrour, an associate professor of economics at Boston College, said. “In this respect, the Senators' proposal that unemployment benefits be extended as long as the economic crisis continues makes perfect sense. By connecting unemployment policy to real-time data about the recovery, the proposal could help ensure the government provides neither too little, nor too much, insurance.”

The letter circulated by Wyden urges benefits to remain intact until the economy recovers.

Biden is expected to outline details of his recovery package soon, though he was supposed to release it in February. The proposal is slated to include plans to improve U.S. infrastructure and ramp up manufacturing as the country digs out of the coronavirus pandemic and economic crisis.

“Whether their full proposal makes into the bill or not, this part of their suggestion is very sensible macroeconomic policy and I hope it gets traction,” Chahrour said, referring to the Senate Democrats’ effort.