Deploying the Democratic Arsenal Against Kleptocracy 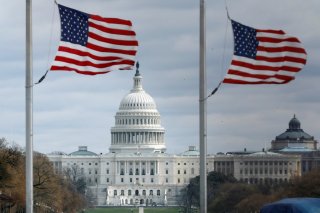 Democracy is under assault across the globe. This democratic recession has been building for over a decade but has worsened as autocrats, often backed by China or Russia, violently suppress their people and corrode independent institutions. From Belarus to Cambodia, tyrannical leaders are pulling out all the stops to stay in power. But they have an Achilles’ heel: their reliance on state-sponsored corruption and their people’s growing outrage about it. To win the struggle against autocracy, the United States will need to play offense against the rise of kleptocracy.

Kleptocracy represents a novel form of governance in which authoritarians weaponize corruption and globalization to amass power and wealth. Today’s strongmen accrue and retain power by using the kleptocrat’s playbook. This myriad of tactics—from coopting rivals through favoritism to laundering their money and whitewashing their reputation via charitable investments abroad—provides the political and economic influence necessary to cement control and suppress dissent.

The good news is that kleptocracy has finally risen to a national security priority in the United States, triggering unprecedented executive and legislative action. President Joe Biden has elevated foreign corruption as a national security threat: last month his administration announced a new U.S. strategy on countering it globally.

Yet, as a challenge to democratic survival, kleptocracy remains widely misunderstood. Advocates’ emphasis on the role of destination countries and illicit financial flows, while necessary, has often obscured other equally important facets of the problem, including political, coercive, and branding efforts that are necessary to the survival of this toxic form of rule.

Looking ahead, only a clear understanding of the symbiotic relationship between authoritarianism and corruption will help the United States appropriately deploy the democratic arsenal to help it win the contest against illiberal challengers. Here, we present a new framework to understand kleptocracy and outline a strategy to dismantle it.

Kleptocracy is defined by its transnational nature, and in particular, the vital role professional intermediaries in third countries play in laundering illegally acquired assets. Often, these “enablers” sit in the offices of reputed law firms, real estate agents, art dealers, and other white-collar businesses in places like New York, London, or Panama. Whereas modest initiatives in the United States and Europe are starting to close some of the loopholes kleptocrats benefit from, like bank secrecy and beneficial ownership laws, the recent Pandora Papers are a powerful reminder that further steps and multilateral harmonization are still needed.

However, the transnational crime element of kleptocratic governance is not the full story. Focusing on it, as analysts have for years, presents an incomplete diagnosis of the problem. In addition to exploiting Western jurisdictions, tax havens, and financial centers for pecuniary gain, kleptocratic rule rests on an extensive web of practices and behaviors that transcend the world of global finance.

The kleptocrat’s playbook includes relying on agents overseas, but also strategies that take place within a country’s borders. Similarly, kleptocrats do not stop at activities whose purpose is self-enrichment. An array of financial and economic tactics allow kleptocratic regimes to thrive, including bribing foreign officials, purchasing government positions, or misappropriating public funds to favor allies.

Kleptocrats and their cronies also employ political strategies, from patronage to abusing state functions and trading in influence. These are corrupt practices that exist in most societies; what is unique about kleptocracy is how they are strategically deployed to maintain political control. Internationally, this often includes strategic corruption as a means to neuter external opposition forces and sources of scrutiny.

Repressive methods are becoming central components of the kleptocrat’s playbook. Journalism can be a very dangerous endeavor in highly corrupt and kleptocratic countries, with retaliatory killings of reporters doubling in the last year. In some established democracies, the proliferation of intimidation lawsuits to dissuade journalists and researchers from exposing information has led some publishing houses in the United Kingdom to preemptively self-censor. The Chinese Communist Party (CCP), under the guise of a campaign to address corruption overseas, has disproportionately targeted political opponents and critics. This weaponization of anti-corruption is not unique to the CCP.

Lastly, a key feature of contemporary kleptocracy is the importance of branding and image management, from hosting international sports and cultural events to promoting “development narratives” that link authoritarian forms of governance to accelerated economic growth. Outside their countries, kleptocrats have become nimbler: through targeted donations to universities, think tanks, and other academic institutions, they are increasingly able to shape perceptions about their regimes’ repression and corruption. We have seen notorious examples of these attempts at reputational laundering coming from Russia and Gulf states, among others.

Just as kleptocrats deploy tactics across multiple dimensions, the responses to their behavior must be multi-layered. Improving the understanding of how kleptocrats manipulate legal channels and engage in illicit activities to build wealth for themselves, undermining democracy in the process, is the first step in devising a global response. Next, the democratic community, led by the United States, should leverage three sources of resilience that only democracies have: a superior capacity to forge durable alliances, the ability to develop inclusive norms and effective institutions, and the existence of a civic space separate from government.

It takes a network to defeat a network. In order to elevate the fight against kleptocracy, it is vital that current initiatives to address the enabling environment for kleptocratic abuse in the United States are translated into concerted action with other transit and destination countries.

This includes promoting the full implementation of existing anti-corruption and anti-money-laundering commitments under international agreements, including the Financial Action Task Force’s most recent recommendations. Washington should coordinate the introduction of Global Magnitsky sanctions targeting human-rights abuses and corruption with other democracies whenever possible. The “Year of Action” following December’s Summit for Democracy offers a singular opportunity to prioritize these essential pieces of the anti-kleptocracy agenda.

Second, the United States should redouble its efforts to assist consolidating democracies that are penetrated by kleptocratic networks, or are at risk of becoming kleptocracies themselves, in developing a normative and institutional architecture that is conducive to good governance. This includes strengthening the rule of law to ensure that corrupt practices are not only outlawed but effectively prosecuted, as well as offering strong protections for journalists and whistleblowers. American leadership in countering kleptocracy, both in Congress and at the White House, has renewed U.S. credibility on the issue, creating a window of opportunity to push partner governments to act.

Supporting the health of the civic space in vulnerable countries should be the third leg of America’s anti-kleptocracy strategy. Individual citizens and organized civil society are the last line of defense against kleptocratic rule. Facing more powerful forces, they need the protection of consolidated democracies from violence, intimidation, and vexatious legal threats.

Providing legal assistance and asylum are just the first step. Publicly spotlighting brave individuals and organizations can continue to provide a shield against the worst forms of repression. The International Anti-Corruption Award that the Department of State launched in 2020 should be accompanied by new initiatives of democratic solidarity with those on the front lines of kleptocracy. Continued awareness-raising is needed to remind kleptocrats that they need to play by the rules or will be held accountable.

If authoritarians appear to be winning, it is at least in part is because Western nations have let them. A concerted campaign by democracies to neutralize kleptocracy would expose the many ways they are exploiting the international rules-based order that they simultaneously challenge. In a world awash in more money (licit and illicit) than ever before, it is time to level the playing field so that democratic forces have a fair shot. Only then can free nations reverse the authoritarian tide.

Daniel Twining is president of the International Republican Institute (IRI), where Eguiar Lizundia serves as deputy director for technical advancement. IRI supports democratic development in over 100 countries and is a core institute of the National Endowment for Democracy.