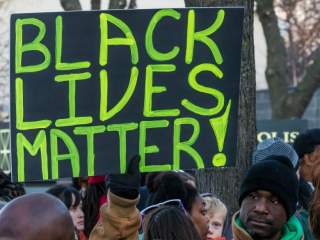 Can affirmative action elect you to political office?

It looks like DeRay Mckesson is out to test this theory. After all, blacks have been historically underrepresented in politics, so why not balance the scales? After announcing his mayoral campaign in February, the tech sector has stepped up with large donations, with titans Twitter and Netflix leading the pack. He’s raised a lot of money in a short period of time—over $250,000 thus far, reaching the campaign’s March 15 goal. Mckesson has been approached by a lot of well-heeled supporters, all hoping to bask in his limelight. But where does he stand in the polls? Surely Mckesson must be neck-and-neck with the incumbent, ready to take on Baltimore’s establishment and steer it in a new direction.

Mckesson is polling at less than one percent.

You read that right: DeRay is polling at a lower percentage than low-fat milk.

Lest anyone think these abysmal numbers are a right-wing fabrication to tear a good man down, ThinkProgress, a well-known liberal outlet, published the poll numbers, which originally appeared in the Baltimore Sun. His competitors are polling at twenty-six and twenty-four percent, respectively. It’s not even close.

So what does this mean in the long term?

It means DeRay has two choices. One: he can continue to be in denial. He can sprinkle fairy dust on his pictures with Barack Obama and his experience as an activist, and hope that they magically turns into votes. He’s clearly the issue candidate; he can milk that for all it’s worth. He may be able to get something done with police reform. Who knows.

The other option is the most obvious, but has fewer perks: work as if you’re down twenty-three points in a mayoral race with a looming primary date, and give it all you’ve got. Execute a flawless ground game. Knock on every door, go to every community event. Talk to kids. Talk to cops. Talk to local government officials. Forget Twitter and the photo ops. Focus on a city with bleak prospects as if residents who have had a lifetime of broken promises are counting on you.

It’s time to stop being so sunny. The mayoral primary is on April 26, less than three weeks away. People will have just paid their taxes by then, and the economy will be fresh in people’s minds. Baltimore desperately needs jobs. Mckesson flubbed the New Yorker’s softball question on how he planned to bring jobs to Baltimore. It’s clear he doesn’t know. And a young candidate flush with cash and no clear political agenda, in a city marred by financial and racial unrest, will look less like a savior and more like an opportunistic huckster as time goes on. There is a real possibility Mckesson could lose not just the election, but the trust and faith that many are putting in him because of three little words: black lives matter.

It’s a little frightening how similar Mckesson and his his ex-colleague and friend Shaun King have in common. Neither is responsible for founding the #BlackLivesMatter movement, yet somehow they became its two most recognizable faces. (The term for this, in activist parlance, is “hijacking,” but only when whites do it.) Both have strong online followings and the ability to raise money quickly. King folded in the face of unanswered accusations about misspent funds and retreated to a plum columnist job at the New York Daily News. Mckesson may not be so lucky; there’s a lot more at stake with a political race. Mckesson is trying to extend his fifteen minutes of fame into real political power, and with no real support, he may just join Ta-Nehisi Coates on the black-issues speaking circuit.

I’m going to call it now. DeRay Mckesson will have a TED talk and a book deal before he sets a foot in the mayor’s office.