Did Hurricanes Harvey and Irma Derail the U.S. Economy? 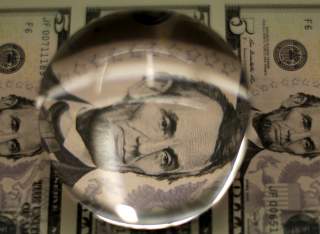 Economists can be overly confident. In the latest example of accidental hubris, economists claimed Hurricane’s Harvey and Irma would derail the U.S. economy. This turned out, in many instances, to be simply untrue. Instead, the U.S. economy generally marched on unperturbed. Of course, there have been data points here and there that the hurricanes affected. But the vast majority simply shrugged it off.

In one of the more surprising data points since Hurricane Harvey, the Dallas Fed's Texas Manufacturing Outlook survey actually showed an acceleration. And this was not a statistical anomaly that the underlying data contradicted. As one survey respondent stated, “Hurricane destruction will slow growth for a short period, and then recovery will increase growth.” In other words, not only are the current conditions conducive to growth, but it is expected to be better in future months as well. There were also comments about labor shortages becoming a problem. Issues around labor supply are likely to intensify as hurricane recovery efforts accelerate.

Another data point that has thus far remained unscathed is consumer confidence. With both current confidence and expectations near recent highs, the consumer seems to be looking through any current weather-related headwinds. This would put a floor in third quarter growth, and provide some level confidence about a potential growth surge in the fourth quarter.

Where the hurricane effects are becoming evident, housing. New home sales have declined at a quicker pace than anticipated, and the latest data is only through August. September is the month where there should have been the greatest impact given the overlap of Harvey and Irma. Stabilization should return relatively quickly, but it will likely take through the end of the year for some normalization to return to the market. With the amount of destruction, there should be a surprising surge in sales at some point.

Housing starts and permits were on stable footing prior to the impacts of hurricane’s Harvey and Irma. But some red flags were beginning to emerge. Notably, the Southern region was weak. This is particularly important because of the relative importance of the region to housing. The South makes up between 40–50 percent of all starts (the region is large and makes no sense from a number of perspectives, but that is the Census Bureau for you). Any prolonged weakness in the region will, therefore, have an outsized effect on the overall numbers.

Housing is where Harvey's and Irma's impacts overlap. Both Texas and Florida are in the Census Bureau's Southern region (not to mention Georgia, Louisiana and the Carolinas). This will distort the housing data significantly, for at least the remainder of 2017 and probably into 2018. The first impulse will be for housing construction to fall as projects became delayed or damaged due to weather, and then to the upside as construction projects surge to rebuild the devastated areas.

Therefore, surprises have been on both better and worse than expected. Economists should be somewhat vindicated in their pessimism. But the data deluge is far from over.

Then comes the September employment report which, frankly, was one of the more confusing reports released in some time. This is the first time since September 2010 that the establishment survey (the one the “jobs number” comes from) has been negative. Normally, this would be quite the red flag. However, the underlying employment trends, ex-hurricanes, appear to be intact. In fact, goods-producing industries posted a gain of 9,000—impressive given the potential impact of the hurricanes on production.

So what went wrong in the data? “Leisure and hospitality” employment showed a loss of 111,000 jobs for the month. And this makes sense given that Florida has a large tourist industry and Irma hit during the week the survey data is collected. This should bounce back as establishments reopen.

So, were the economists correct to be pessimistic on employment? Yes and no. Yes, because there was a net job loss that was greater than the expectation. It was highly skewed to a single occupation that will quickly rebound, no.

What does all of this mean? A few things. First, fundamental employment trends are holding up better than thought following the hurricanes, particularly in Texas. Therefore employment gains may surprise in the fourth quarter. But as a counter to it, housing might be a more significant drag than thought. And the consumer is the wildcard. Confidence is high, but the consumer will determine the trajectory of the economic recovery. Thus far, the economists appear more wrong than right. The U.S. economy continues to march on.