Did the United States Really Win the Cold War? 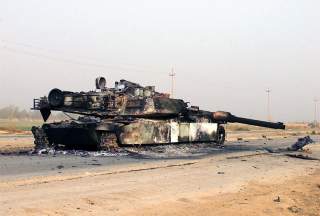 I had the privilege of taking a course with Arne Westad this past term on major power shifts in world history, beginning with the destruction of ancient Greece’s city-state system in the Peloponnesian War. The last event we considered was the collapse of the Soviet Union. For our second essay assignment, Professor Westad gave us a choice of nine prompts. I chose the last one—“Did the United States win the Cold War?”—in part because I thought the answer was self-evident: of course the United States prevailed. It is the world’s foremost power, after all; it inhabits a safer world, contrary to widespread perception; and there is no coherent alternative to the liberal world order that it has sustained and promulgated for some three quarters of a century.

I increasingly wonder, however, if I answered in haste. A quarter century after the Cold War’s conclusion, there are at least two reasons why it may be useful to consider, if not an idly contrarian case, a more measured response to Professor Westad’s question: first, the growing risk of strategic indiscipline; and second, the potential for an accelerated erosion of the liberal world order America had hoped to secure for posterity with the Soviet Union’s defeat.

With the disappearance of the Soviet threat, the United States lost what the late James Schlesinger dubbed, in January 1992, “the magnetic north for calibrating its foreign policy”; on the other hand, it inherited an extraordinary margin of preeminence. Even with developments in the interregnum, whether “the rise of the rest” or the growing sway of nonstate actors, it retains an unrivaled freedom of maneuver. Duke University’s Hal Brands contends that because the United States is “able to do so much in the world, there is a near-constant temptation for it to do more—to accumulate new commitments and responsibilities, to label additional interests as ‘vital’ to the nation’s well-being.”

Two phenomena of recent years compound America’s quest to proceed with strategic clarity.  First, platforms such as Facebook, Twitter and YouTube have enabled short-lived but potent digital mobilizations around a particular issue. Today the focus may be Turko-Russian relations; tomorrow, the collapse of Aleppo; the next day, Chinese construction in the South China Sea; the following day, North Korea’s nuclear brinkmanship; the day after, the atrocities of Boko Haram.  On balance, though, there is little alignment between the objects of online concern and longer-term considerations about the appropriate weighting of America’s strategic equities. As the organizing power of social media grows, so, too, will the likelihood that policymakers will be pilloried if they do not frame the day’s disturbance as the foremost imperative—and formulate policy accordingly.

Unfortunately, though, foreign policy loses its potential for coherence when the pressure to act supersedes the rationale for action. I expressed concerns about this “do something now” doctrine in early 2014 when the Obama administration was coming under pressure to push back more forcefully against Russian incursions into Crimea, and I find myself even more concerned about its ramifications today. Social media does not simply reward action over restraint; it also favors immediate impressions over considered analysis. Following the assassination of the Russian ambassador to Turkey, for example, countless observers likened it immediately to the assassination of Archduke Franz Ferdinand on June 28, 1914 and warned that we may be on the cusp of a third world war. Commentaries that questioned the validity of the comparison—as well as the instinct to analogize—received little attention. Richard Fontaine and Vance Serchuk note that “[p]arallels from the past too often are put forward less to focus debate and discussion than to shut them down.”

The second reason it is becoming harder for the United States to find strategic focus is the rate of change in world order and its constituent regional orders. A longstanding set of arrangements in the Middle East has collapsed, and a stable replacement will likely take generations to emerge; a constellation of forces is weakening the pillars of cohesion in Europe; and strategic mistrust between the United States and China is introducing ever-greater instability in the Asia-Pacific.  Amid such upheaval, some observers argue that the United States has no choice but to be equally engaged in all three of the aforementioned theaters; the world’s superpower must be able to walk and chew gum at the same time. But the accumulation of complexity does not obviate the necessity for choice; it increases it. While the prescriptive case for according central strategic focus to the Asia-Pacific remains sound, enthusiasm for it among the public and the commentariat has waned.

The United States has a range of interests in the Middle East: among them, minimizing disruptions to the flow of petroleum, containing the spread of the Islamic State and ensuring Iran’s continued adherence to the 2015 Joint Comprehensive Plan of Action. But given how little it has to show for its interventions in Afghanistan and Iraq, or for its broader attempt to reconfigure the Middle East, it should resist the impulse to increase its military involvement in that region—especially considering how much more complex the Middle East’s dynamics are today than they were in the aftermath of September 11, 2011. Aaron Miller and Richard Sokolsky observe that, “[i]f the past 25 years of U.S. foreign policy demonstrates anything, it is the limits of America’s power to pursue transformational change in a cruel and recalcitrant world.”

Present calls for the United States to deepen its military role in Iraq and Syria either downplay that lesson or, more dangerously, proceed from the conviction that America’s inability to remold the Middle East stems from an insufficient application of military power. Witness the castigation of U.S. impotence that has attended the fall of Aleppo. Emile Simpson observes that “despite technological innovation, war today is still won, and the follow-on peace is still determined, by infantry on the ground. There is a real limit to what proxy rebel forces can do, especially when they are fragmented and infected by Islamists.”  Moreover, he notes that those who have been urging the United States to conduct “a multiyear counterinsurgency campaign...must show that there would have been U.S. public support for such a move either in 2011 or 2013—and it seems to me that there was not.”

In Europe, perhaps owing to concerns about its perceived “credibility” and “strength,” the United States risks being drawn into a conventional, potentially even nuclear, confrontation with Russia over territory that is of far greater strategic and symbolic value to Moscow than to Washington.  America’s response is also incommensurate with an objective appraisal of Russia’s capabilities: its population is slated to decrease by over 10 percent through 2050; its gross domestic product fell by almost four percent in 2015 and is projected to grow by a mere 0.2 percent this year; and the relatively low price of crude oil—around $54 per barrel today, compared to $114 in June 2014—means that a major pillar of its economy is under strain. A recent analysis notes, moreover, that Russia’s ongoing “military spending spree has diverted funds from other areas of the sanctions-wracked economy. Many state corporations and industries are struggling to keep their heads above water.” Despite these realities, many U.S. observers have adduced Vladimir Putin’s tactical acumen as evidence of a dramatic Russian resurgence. Ivan Krastev warns that “the return of the Cold War narrative is becoming a factor in Russia’s growing international influence. The West’s current obsession with Mr. Putin is at the heart of the Russian president’s newly discovered soft power….Russia’s power of attraction today is rooted not in its ideology but in its powerful image.”

The United States does not need to ally with Russia. Given the range of their shared interests, though—counterterrorism, energy security in the Arctic and the implementation of the Iran deal, for example—it makes little sense to pursue policies that risk converting Russia from a frustrating partner into an immutable adversary. To that end, the United States should pressure the European members of NATO to assume a greater role in countering its revanchism; it is encouraging that the European Commission has announced “plans to ‘turbo boost’ spending on cyber security, war ships, and drone technology as part of a multibillion-euro European Defense Fund.” The United States should also appreciate that taking a maximalist posture on Ukraine is likely to encourage, not dissuade, further Russian provocation. Graham Allison and Dimitri Simes accordingly urge Washington to “offer Moscow a solution that Russian leaders would consider at least minimally acceptable”; in their judgment, one would entail “implementation of the Minsk agreements with concessions by both sides, reestablishing Kiev’s control over Donetsk and Luhansk but providing these two regions with genuine autonomy, and assurances that Ukraine would not join NATO for as far as the eye can see.”

Beyond being home to roughly 60 percent of humanity, the Asia-Pacific contains five countries—Australia, China, India, Japan, and South Korea—that are among the world’s top fifteen as measured by economic output and defense spending. If anything, the rationale for prioritizing the region is more compelling than when the Obama administration formally introduced the rebalance in January 2012; in the intervening five years, its centrality to the world economy has grown significantly, as has its importance in countering nuclear proliferation, maintaining macroeconomic stability and combating climate change. That the world’s future will increasingly be determined by what happens in the Asia-Pacific is one of the few propositions that commands widespread support across the political spectrum.