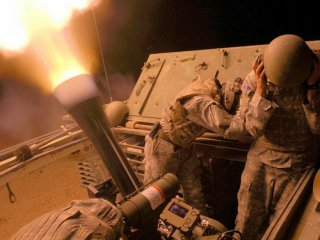 If there is one thing that Democrats and Republicans in Congress can agree upon, it is the supposed danger that cuts to military spending will have on American security and prosperity. Despite the fact that the United States spends four times more any other country on defense, any attempt to decrease the military budget invariably sparks bitter, hypocritical and counterproductive political battles marked by apocalyptic warnings and an “anywhere but here” mentality.

Nevertheless, there is often little analytic weight behind the dire tone of such predictions. The tenor of debates over military readiness is invariably immature and lacks facts. Take, for instance, two recent well-publicized arguments over military cuts: the A-10 Warthog and the supposed “carrier gap.” While retiring the A-10 Warthog would eliminate the Air Force’s purest close air support platform, there are a number of platforms, including drones and the F-35 Joint Strike Fighter among others, which could fulfill this role. Even if these replacements would be slightly less effective than the A-10 at providing close air support, this decrease would not foundationally comprise operational effectiveness. Similarly, despite the uproar over the perceived “carrier gap” brought about by delays in the commissioning of the USS Gerald R. Ford, there has yet to be a clear linkage between the supposed gap and the inability of the U.S. Navy to fulfill operational requirements.

Proposed cuts to the U.S. Army in terms of delayed modernization initiatives and imminent personnel reductions appear poised to become the latest crisis de jour for military leaders and their congressional allies. Still, how detrimental would these cuts actually be to operational readiness? While a recently released report from the Government Accountability Office (GAO) would appear on its face to lend credence to concerns over decreasing the strength of the Army, a close reading reveals that the threat posed by such cuts is greatly overstated. In assessing where to locate potential cuts, for instance, the Army has prioritized the retention of combat units over support units since the former are costlier and take longer to stand up than the latter. This decision leaves the majority of American combat power intact, with slightly disproportionate cuts occurring in supporting units.

While the GAO did note that the Army did not comprehensively assess the mission risk of decreased levels of support forces, there is little reason to believe that the results of this assessment would indicate a fatal compromise of U.S. military effectiveness. Indeed, the Army has already hedged against mission risk by retaining a higher number of Brigade Combat Teams (BCTs) than analysis indicated would be sufficient to fulfill mission requirements. Furthermore, the Army was able to reshape the organizational structure of BCTs and add an additional maneuver battalion to each one, meaning there was virtually no loss in operational flexibility despite a decrease in absolute numbers.

If the results of internal Army analyses regarding proposed cuts did not reveal major shortfalls in fulfilling operational requirements, then where does the fear-based rhetoric surround such cuts come from? Unfortunately there are bureaucratic incentives for both Army leaders and their allies in Congress to misrepresent the threat that personnel cuts pose, which muddle what should be a technical, measured debate over policy alternatives. The notion that military leaders are generally risk averse and pessimistic is a well-known trope in political science. This trait is further amplified by the de facto zero-sum nature of resource competition inside of the Department of Defense. While spending levels for the individual services are in theory linked to their unique operational needs and the capabilities fielded to fulfill them, in practice services jealously protect their resource allocations against perceived predation from other branches of the Department.

Another pernicious source of fear mongering over military readiness is Congress, which not only serves as an echo chamber for the arguments of service leaders but adds to them their own vested political interests. Even if the economic effect that personnel reductions have on local communities—alongside that of base closures—is often overstated, politicians still have parochial reasons to argue against such cuts. Localized economic realignments away from military bases and associated spending are not easy, and difficult to package into a concise, timely electoral narrative. It should come as no surprise, therefore, that in many cases criticisms of defense cuts come from members of congress who will be most directly affected.

Even though such bureaucratic and electoral interests are impossible to fully eliminate from the political decision-making process, there are ways to mitigate their effects. First, external oversight of military readiness arguments can provide a vital check to ensure that the analysis backing up such arguments is sound. Even if this oversight isn’t formalized inside of the government, and instead comes from external observers and analysts, it can still be effective. Second, it is possible to pit bureaucratic and political interests against one another, and therefore gum up the system from the inside. Political interests regarding military spending, for instance, often diverge at both the local or national levels. A robust competition between these interests has the potential to knock out the worst of them, or at least the interests that lack supporting analysis to evidence their policy claims. Despite the often large disparities in the information and knowledge held by military insiders versus external observers (and especially reform advocates), this gap remains bridgeable. It is only through a serious, detailed discussion of issues of military readiness, rather than a sterile, politicized, and partisan debate, that the security of the United States can be wholly assured.