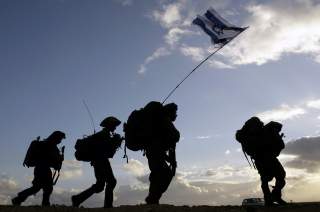 Israeli investigative journalist Ronen Bergman’s Rise and Kill First: The Secret History of Israel’s Targeted Assassinations is a remarkable work of nonfiction. Written like a fast-paced thriller, it provides a detailed history and analysis of almost all of Israel’s major (successful and unsuccessful) attempts to assassinate its presumed enemies. These include the killing of Abu Jihad, the PLO’s de facto military chief; the assassination of Sheikh Ahmed Yassin, Hamas’s chief ideologue and spiritual mentor; the murder of Imad Mughnieh, the brain behind Hezbollah’s attacks on Israeli targets; and many other lesser-known figures.

It also includes accounts of the assassination of several Iranian nuclear scientists, which Israeli intelligence agencies undertook in order to derail Iran’s nuclear-weapons program. Bergman even hints at Israel’s complicity in Yasser Arafat’s death, although he refuses to endorse or refute this conclusion. The only major adversary that Israel has not been able to kill despite its best efforts is Hassan Nasrallah, the secretary general of Hezbollah. Incidentally, the only major botched operation, according to Bergman, was Israel’s failure to kill Khaled Meshal, another leading light of Hezbollah.

By the end of the book, one begins to wonder how and why the Israeli censors, who have often been at loggerheads with Bergman, allowed the publication of this tell-all book, since it portrays Israel in a negative light as a leading perpetrator of state terrorism. In fact, Bergman admits Israel’s culpability at the very beginning of the book when he writes, “Since World War II, Israel has assassinated more people than any other country in the Western world.”

As one reads the book, one is left to wonder whether the book was published primarily to communicate to Israel’s adversaries that no one who crosses Israel’s path, now or in the future, is safe. In Bergman’s words, “The goal of deterrence is as important as the goal of preempting specific hostile acts.” In short, Bashar al-Assad beware!

But the book is not merely a catalog of acts of murder undertaken by the Mossad and its sister intelligence agencies. It also provides an insider’s view of the rivalries between the various intelligence agencies, and between political personalities interested in using Israel’s success and failure in assassinating its enemies for personal and political gain. The rivalries he unmasks are not limited to political persona such as Ariel Sharon, Levi Eshkol, Benjamin Netanyahu and Ehud Barak. In fact, the most fascinating disagreement that he describes ensued between Prime Minister Netanyahu and Meir Dagan, probably the most effective head of the Mossad since its founding.

In the final years of Dagan’s service—indeed, of his life—he and Netanyahu were at loggerheads on the two “existential threats” that the country faced: the Palestinians and the Iranian bomb. They also clashed over the two-state solution to the Israel-Palestine conflict. Dagan, who had no compunction in killing Palestinians and destroying their institutions for most of his career, eventually “came to the conclusion that only a political solution with the Palestinians—the two-state solution—could end the 150-year conflict, and that the result of Netanyahu’s policies would be a binational state with parity between Arabs and Jews and a concomitant danger of constant repression and internal strife, replacing the Zionist dream of a democratic Jewish state with a large Jewish majority.” He bitterly opposed Netanyahu behind closed doors during the last years he served as head of the Mossad, and from public platforms—even campaigning against Netanyahu during the last election after he quit service.

Dagan had masterminded the assassination of a succession of Iranian nuclear scientists in order to put a break on Iran’s nuclear program. However, when push came to shove, he opposed the plan of Netanyahu (and his defense minister, Ehud Barak) to attack Iran’s nuclear facilities to preempt Tehran from developing nuclear capabilities. He called the plan to bomb Iran “the stupidest thing I have ever heard.”

According to Bergman, Netanyahu and Barak had “ordered the IDF and the intelligence arms to prepare for Operation Deep Waters: an all-out air attack, supported by commando forces, in the heart of Iran. Some $2 billion was spent on preparations for the attack and for the anticipated ensuing war against the Radical Front [Iran, Syria and Hezbollah].”

Meir Dagan argued that any attack on Iran would be counterproductive because it would not permanently terminate Iran’s nuclear-weapons program. More important, he argued that it would alienate the United States—especially after the Obama administration had begun secret negotiations with Iran in 2012, with the help of Oman, to find a mutually acceptable solution to the nuclear imbroglio. These negotiations, he argued, were likely to produce a better outcome from Israel’s perspective than a war that would thoroughly destabilize the Middle East and lead to unforeseen consequences.

What comes out clearly from the book is that, as Bergman himself asserts, “in many respects the story of Israel’s intelligence community . . . has been one of a long string of impressive tactical successes, but also disastrous strategic failures.” Despite the massive number of assassinations of Palestinian political figures carried out by Israel’s intelligence agencies and the IDF, Israel has been unable to resolve the dispute to its satisfaction. The Palestinians simply refuse to go away and accept Israel’s appropriation of their land. Indeed, it now appears that a single binational state between the Jordan River and the Mediterranean Sea is becoming a distinct possibility, thus putting an end to the Zionist dream.

The situation has become demographically dire for Israel, with latest official Israeli figures indicating that the Jewish and Palestinian populations between the Mediterranean and the Jordan have now achieved parity, at 6.5 million each—and this does not include Gaza and the Palestinian refugee population outside the Palestinian territories. In light of these statistics, and given the intransigent attitude adopted by the Netanyahu government, many influential Palestinian figures, including PLO chief negotiator Saeb Erekat, have come to the conclusion that a single binational state would better suit Palestinian interests.

Similarly, Israel’s threat to bomb Iran, and its pressure upon Washington to take the lead in attacking Iranian nuclear facilities, failed to yield results: Iran did not blink in the face of these threats. Contrary to Israeli promptings, the Obama administration came to the conclusion that the best way to resolve the Iranian nuclear issue was to enter into an agreement with Tehran to curb its nuclear program. The JCPOA, despite President Trump’s continuing diatribe against it, is expected to last for two reasons: one, Iran’s continuing compliance with its terms as affirmed by the IAEA; and, two, the reluctance of the other members of the P5+1 to renege on a deal that is achieving its objectives.

Israel’s assassination of several top Iranian nuclear scientists has thus been in vain, and its repeated threats to attack Iran have shown it up as a paper tiger. Above all, Iran’s mastery of the nuclear cycle, and the knowledge its scientists have gained from operating its various nuclear facilities, are unlikely to be lost despite the temporary freezing of its uranium-enrichment program under the terms of the JCPOA.

Tehran’s decision to go nuclear at the end of the JCPOA’s fifteen-year term will, therefore, depend upon its perception of its strategic environment at that time. The less threatening this environment appears from Tehran’s perspective, the less reason Iran will have to resume its nuclear-weapons program. It must be clearly understood in this context that it is primarily the United States that can guarantee a less threatening environment for Iran and thus reduce the attraction of nuclear weapons for Tehran.

The fundamental lesson one draws from this book is that targeted assassinations, even if masterfully conducted, are likely to remain irrelevant to the larger strategic picture. They may satisfy a country’s thirst for revenge or its desire to demonstrate its power superiority, but they do not guarantee the achievement of its long-term goals. Bergman deserves kudos for his candid and honest assessment of Israel’s policy of targeted killings.

Mohammed Ayoob is a senior fellow at the Center for Global Policy in Washington, DC, and University Distinguished Professor Emeritus of International Relations at Michigan State University.