Does Air-Sea Battle Have a Fatal, Cyber Flaw? 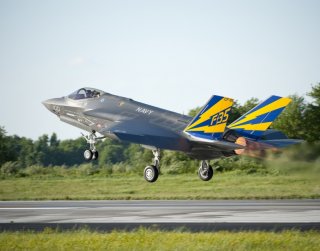 First, the article infers that the Air-Sea Battle Concept does not adequately address the role cyberspace operations would play in an anti-access/area-denial (A2/AD) environment. Second, the authors do not understand the limited scope of the Concept and that the cyberspace Defend the Nation mission would not necessarily be executed in combination with Air-Sea Battle. Forcing the two to combine under the Air-Sea Battle Concept would result in an unnecessary and dangerous rigidity, limiting the United States’ strategic flexibility to respond appropriately to a wide range of situations.

The article is correct in noting that the Air-Sea Battle Concept is intended to address the challenges posed by A2/AD capabilities. It is also correct in stating that as one of the five interdependent domains, cyberspace must be actively and extensively integrated with the other four domains (air, maritime, land, space) to successfully counter A2/AD capabilities. However, the authors also state:

The article here is implicitly assuming that Air-Sea Battle would be only employed: 1). in a hostile situation, and 2). against an adversary that has both the capability and will to conduct offensive cyberspace operations against the U.S. homeland. Both of these are incorrect assumptions. First, the Air-Sea Battle Concept can enable the execution of noncombat operations, such as gaining access to a given area so that the United States and partner nations could conduct humanitarian assistance/disaster relief (HA/DR) operations or noncombatant evacuation operations (NEO). Second, the Air-Sea Battle Concept is nonadversary specific, meaning that it can inform U.S. operations against any adversary that seeks to employ A2/AD capabilities to prevent U.S. and/or allied access and maneuver to and in an area, including adversaries that are not capable of large-scale, offensive cyberspace operations. In both cases, preparing for a cyberspace Defend the Nation event would be unnecessary and would hinder operations that utilize ideas from the Air-Sea Battle Concept in otherwise appropriate, properly scaled situations.

While the mission to Defend the Nation in cyberspace is certainly a valid one, this mission is the responsibility of the newly formed National Mission Force Headquarters at Fort Meade, Maryland, under U.S. Cyber Command. The National Mission Force is charged to help defend the nation against a strategic cyberspace attack on U.S. critical infrastructure and key resources, while collaborating with other U.S. government agencies and with private and international partners. Cyberspace Defend the Nation actions would not necessarily be executed in combination with other actions recommended in Air-Sea Battle, and indeed could be executed wholly apart from kinetic wartime operations. Forcing the cyberspace Defend the Nation mission to combine with ideas from the Air-Sea Battle Concept would result in an unnecessary and dangerous rigidity, as a wide range of strategic situations might call for the employment of only one or the other.

There are certainly situations where U.S. forces could employ Air-Sea Battle tenets in a hostile situation against an adversary that has both the capability and intent to conduct offensive cyberspace operations against the American homeland. In such cases, the respective Geographic Combatant Commander has the responsibility to plan and coordinate the employment of Air-Sea Battle constructs in theater, while also coordinating and synchronizing with U.S. Cyber Command’s National Mission Force Headquarters for the execution of its cyberspace Defend the Nation mission. In such situations, the U.S. Cyber Command National Mission Force would not only protect U.S. critical infrastructure, but could also play an important supporting role by preventing the disruption of homeland-based movement and logistics operations as they enable U.S. and allied forces to move into theater, sustain operations and gain and maintain freedom of action in the global commons.

Colonel Martha VanDriel is the Army representative to the multi-Service Air-Sea Battle Office. She was previously the Chief of Plans and Policy for U.S. Army Cyber Command, has over a decade of experience in strategic and operational-level planning, and is a former Assistant Professor in the Department of Social Sciences at the United States Military Academy at West Point.