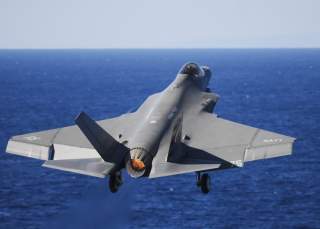 There is little consensus about the details of President Barack Obama’s fiscal year 2017  defense budget request, and there are few challenges of the underlying assumptions upon which the request is built. Congress, pundits and thought leaders argue over the makeup of the request and question whether the U.S. Department of Defense should fund a strategy of posture or presence, capability or capacity, readiness or investment, nuclear or conventional. The debate has also questioned whether President Obama’s budget request is too small, or if it makes smart choices. For example, the Pentagon civilian leadership claims it needs at least $11 billion more in FY 2017 to execute the president's national security strategy. Eighty-four defense hawks in Congress seek a $50 billion increase in the base defense budget. The Heritage Foundation is calling for a $75 billion increase in the baseline, while the Rand Corporation wants to add $50 billion and the Brookings Institution seeks $30 billion to $40 billion more. Only Third Way seems happy with the size of the FY 2017 defense budget.

Proponents of spending increases above the requested levels, from both the Pentagon and the U.S. foreign-policy establishment, generally criticize the budget based on two major premises. First, they claim the defense budget does not provide enough funding to support the United States’ current military strategy for dealing with today’s threats. Second, to deal with the threats facing the country, they argue that the defense budget does not receive an appropriate portion of the U.S. economy or the total federal budget.

For FY 2017 the Pentagon is requesting $528 billion in its base budget, an amount agreed to by the administration and the Republican-controlled Congress in December 2015 which gives the Pentagon about $30 billion in relief from the budget caps. In addition, the Pentagon is asking for another $59 billion in the Overseas Contingency Operations, or OCO, account—not because that amount is needed to fight the nation's wars in the Middle East and Afghanistan, but because the budget deal negotiated with Congress in 2015 specified that the OCO account must never fall below that level, whether such funds are needed for the wars or not. In FY 2017, as in previous years, at least half of the $59 billion is not related to the war. The 2015 budget agreement, however, has essentially turned the OCO account into a slush fund to pay for routine defense programs and get around the budget caps, which impact all federal agencies.

In addition, the administration requested another $20 billion in the budget for defense-related activities in the Department of Energy. This amount will enable the National Nuclear Security Agency, or NNSA, to begin the trillion-dollar modernization of America’s nuclear arsenal. In addition there is another $8 billion for defense-related activities in other federal agencies thus bringing the total defense budget for FY 2017 to about $610 billion.

In spite of DOD’s significant funding request, critics of the budget point to the relatively low percentage of gross domestic product, or GDP, that defense will consume in FY 2017—which has fallen from a recent high of 4.7 percent in 2010 to the current level of 3.3 percent—as a reason for increased defense spending in FY 2017. This reasoning is not new for advocates of ever-increasing budgets: the military establishment has long fantasized about tying defense spending to GDP because it would mean an increase in funding every year there is not a recession. Data on the raw, constant (or inflation-adjusted) defense dollars prove such arguments to be little more than sleight-of-hand. When President Ronald Reagan spent more than 6 percent of the GDP in 1986 on defense, for example, the GDP stood at $4.9 trillion; in 2015, when the Obama administration spent 3.3 percent on defense, the GDP totaled nearly $18 trillion in 2016 constant dollars.

There are obvious issues with chaining any type of discretionary spending to an arbitrary fraction of some debatable measure of economic growth, such as GDP. Such efforts have created an incentive to produce justifications for ever-expanding requests, regardless of the threat or strategy. The fact is that defense spending, adjusted to 2011 constant dollars, had a post–World War II historical peak in 2010, when President Obama budgeted $720 billion for such costs. This financing amounted to more than President Harry Truman spent at the height of the Korean War in 1953—$415 billion—and more than President Lyndon Johnson spent at the height of the Vietnam War, $522 billion in 1968. Even after the Budget Control Act of 2011 and the sequestration cuts in 2011, the United States has a larger defense budget than the next seven nations combined. Moreover, the United States alone accounts for more than 35 percent of the world’s defense expenditure.

In 2014, three years after withdrawing from Iraq and ending the International Security Assistance Force in Afghanistan, the United States actually spent more on defense than President Reagan did during the peak of the Cold War in 1986. These administrations spent a comparative $557 billion and $556 billion, respectively, when adjusted for inflation. It is important to note that the Reagan administration was simultaneously overseeing the modernization of the nuclear triad and competing in an arms race with the Soviet Union at the time.

Finally, President Obama has also collectively spent more on defense—$5.6 trillion, including the FY 2017 budget request—than the $4.5 trillion that President George W. Bush spent on defense during the entirety of his administration. The United States has spent roughly $10 trillion on defense in the last fifteen years—not counting the U.S. Department of Homeland Security’s budget, which will be another $40 billion this year, or the $80 billion we spend on intelligence; the ballooning costs of veteran’s benefits, which this year will reach $182 billion or the cost to the Treasury of amortizing the unfunded liabilities for military retirement benefits, which will total nearly $80 billion in FY 2017. Additionally, the U.S. Department of the Treasury calculates the total veterans’ benefits payable at $4.5 trillion.

With defense spending at historic highs in the absence of a major declared war, there has been a plethora of fallacious arguments to increase the size of the national security budget. The guiding documents that seek to define just what role U.S. military power should play in the current global environment—which primarily are DOD’s “2014 Defense Quadrennial Review,” or QDR and the White House’s 2015 “National Security Strategy”. These documents consistently characterize the threats to U.S. interests as increasingly serious challenges. Yet, these threats are only becoming more serious if one has a truncated view of history. Each of the identified threats has been a part of the U.S. strategic calculus for as far back as seventy years: Russia, which has been included since the beginning of the Cold War in 1947; China, since the end of the Chinese Civil War in 1950; North Korea, since the end of the Korean War in 1953; Iran, since the Islamic Revolution in 1979; and global terror networks, since the September 11, 2001 terrorist attacks. National security strategy, and in particular the defense budget, paints these entities as having the intent and capacity to undermine the international order and threaten vital U.S. interests—which are always ill-defined—and allies.

There is a certain amount of truth to these arguments. However, such a military-dominant strategy works against the United States’ own interests by heightening tensions and mistrust, provoking arms races and diminishing other options—such as diplomacy, which receives far too little funding, economic engagement and institution building. The United States has a finite set of resources that need to be spent wisely. The DOD has historically been a terrible steward of taxpayer money—which is evidenced by seemingly guaranteed cost and time overruns on its weapon systems, as well as the fact that the DOD has not passed a full audit in years. The Pentagon does not need a blank check, but rather clear, smart, well-managed and achievable policies that work in conjunction with the array of other tools U.S. policymakers have at their disposal. As we pointed out several times, the country needs an integrated national security budget to make this happen.

This report looks in detail at a major area that the FY 2017 budget request only deals with superficially: the current threat environment facing the United States.

It is useful to contextualize the following threats in order to analyze the DOD’s rationale for such historically high funding requests.

Both the 2014 Defense Quadrennial Review and the current budget proposal place Russia in the quintet of threats. Without a doubt, the Russo-Georgian War of 2008, Russia’s annexation of Crimea in 2014, its continuing support of separatists in the Donbass area of Ukraine and its military campaign in Syria are all cause for concern. However, it is troubling that supporters of increasing defense spending have hyped these Russian actions into some kind of existential threat to the United States and its allies—especially in light of Russia’s behavior under the leadership of President Vladimir Putin. The Russian president went to war against Georgia after a breakdown in diplomatic ties over the status of Abkhazia and Ossetia—two contested territories with Russian-backed separatist governments that lacked international recognition—and the push by the Bush administration to grant NATO membership to Georgia. Fearing closer European–Ukrainian ties following a popular revolution that ousted the pro-Russian president Viktor Yanukovych, Russia annexed Crimea and sent military support to separatists in the Donbass area of eastern Ukraine. Previous pro-Western Ukrainian presidents had also expressed the desire to join NATO, a desire also supported by the George W. Bush administration. There is a common thread here that should not be discounted: Putin has targeted weak, former Soviet satellite states that are both on the West’s periphery and Russia’s borders that have declared their intention of joining a military alliance that Russia has always seen as encroaching and hostile.