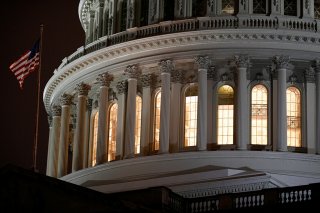 The spread of coronavirus across the United States has provoked a crisis of confidence in our institutions and form of government. America, as the shining exemplar of liberal democracy, is supposed to have functional, responsible institutions capable of handling everything from pandemics to natural disasters to financial crises. But over the last several months, U.S. institutions have proven slow, sclerotic, and in many ways incompetent. Charges of institutional decay aren’t anything new. They’ve been steadily building for decades, and especially over the last four years. And yet there’s nothing like a manifest crisis that demands full institutional performance to put these charges to the test. While racing against the coronavirus to save lives, countries around the world are also locked in a state capacity competition. Adept handling of the pandemic isn’t just good for the public health of a state; it demonstrates to the world the strength of its political system.

There is already some murmuring that other, more authoritarian states have a better handle on the crisis: China, Singapore, Rwanda, and so on, compared to the United States, Italy, and the United Kingdom. As liberal democracy has already suffered reputational hits over the last decade because of its inability to legislate and vulnerability to populism, the collective Western coronavirus response is only magnifying the damage. It seems like this moment could tip the balance of legitimacy from liberal democracy to some form of authoritarianism. In the meantime, every major global power is revving up its propaganda organs and flooding the zone with public relations stunts. The goal is to convince the world that their political system is the one true system capable of solving the pandemic crisis and its associated social and economic calamities.

But the reality is that democracy vs. authoritarianism is an overly simplistic framing that overly plays into these grand propaganda narratives about political systems and obscures more fundamental truths about governance. Underneath this framing is an importantly incorrect assumption—that regime-type is the most accurate lense through which to view institutional performance.

When looking at institutions, what we’re actually interested in is demonstrated functionality. Sometimes this maps on to liberal democracy vs. authoritarianism. Often it does not. South Korea, Taiwan, and Japan count as liberal democracies. Their response to coronavirus has been both admirable and effective. Iran, on the other hand, is viewed as some form of authoritarianism, and its response has been terrible. Singapore, an authoritarian state, has proved to be a remarkably transparent and effective actor, far and above both China and Western states, which runs counter to the common intuitions about regime-type. Given the variation in performance across regime-types, the right approach is not to obsess about regime labels nor to force all observations into that framework. Rather, we should assess states on their functionality vs. dysfunctionality, so as to understand commonalities across functional and dysfunctional institutions.

When we begin to distinguish by functionality, new divisions and poles of rivalry emerge—ones which may explain things far more effectively. As things stand now, the most important distinction might be East Asian states vs. Western states. It might be individual autonomy vs. collective action. It might have to do with states which have better understood liberalism’s real advantages, and found that they have less to do with democracy as such than Western conventional wisdom claims. It might be about states that have institutional experience with pandemics. It might be about trust in the government. It might be about whether the population believes that anything truly bad can happen—or has suffered catastrophe within living memory. It also might elude neat characterization. When looking under the hood of the Iranian state, it might turn out that institutions there failed for very different reasons than why they failed in Italy. That’s harder than making grand pronouncements about regime-type. But it’s a better paradigm.

And yet, the regime-type assumption still colors almost all geopolitical discourse. This is also not new, but a product of the twentieth century. In World War II, and the Cold War that followed it, the great powers made their geopolitical conflicts into grand ideological struggles. Through this lens, Western liberal democracy defeated fascism in 1945 and spent the next forty-four years defeating communism. When the Soviet Union fell in the early 1990s that settled the question, at least for a time. Liberal democracy emerged victorious as the one true political system of moral legitimacy, peace, and economic prosperity.

But since the liberal democratic triumph of the 1990s, a number of the authoritarian states have slowly re-emerged as titans in their own right. Some thirty years later, we’re presented once again with a new geopolitical challenger and its alien political system: China and socialism with Chinese characteristics. Lesser powers like Singapore—authoritarian to be sure, but not incompatible with the American-led liberal order—have also risen rapidly on the global stage. All this has utterly complicated the old twentieth century moral logic.

The same debate that consumed the previous generation during the Cold War consumes them, and us all, yet again. The difference now is that the geopolitical players have switched. We are watching the same story run all over again. Dedicated liberals argue that various political, societal, and economic problems are not inherent to liberalism, but are rather the product of subversion, whether foreign or domestic, or otherwise require some basic reforms. Some intellectuals look with a mixture of envy and admiration at other political systems and praise them above our own. In both categories, some are sincerely looking at problems and possible solutions like steely-eyed engineers, while others are uncritical shills, dupes, and so on. But both the liberal idealist and the intellectuals fall victim to the same bad assumption, namely, that regime-type is the deciding factor in glorious institutional performance, or embarrassing internal sclerosis.

This background should give us pause before throwing ourselves headlong toward adopting some imported model which has momentarily captured our imagination. If Western states want to learn from the effectiveness demonstrated by other governments during the pandemic, they’ll need to engage in deep reflection and study of their own institutions, how they actually function, and what went wrong in the response. There isn’t anything inherent to liberal democracy as such to suggest that bureaucracies, which are staffed by unelected employees anyway, can’t function properly, especially in an emergency.

The task in front of us, then, is to find out exactly what went wrong in the United States and how we can make sure it doesn’t happen again. For some distance first, however, it’s helpful to look at what happened in Italy.

The first stir in Italy came on January 29, when two tourists from Wuhan, China, were detected as coronavirus carriers and isolated inside a hospital in Rome. Just a day later, Italian prime minister Giuseppe Conte suspended all inbound and outbound China flights and implemented a six-month state of emergency, making him the first European leader to implement such bold measures. Conte further declared that his response to the virus would be “the most rigorous in Europe.”

And yet Italian hospitals have been overwhelmed by infection cases. Doctors are now in the gut-wrenching position of having to make life and death decisions. As of April 3, 12 percent of Italians with coronavirus have died, according to the Centre for Evidence-Based Medicine, which could very well fluctuate dramatically as the situation unfolds. Some heroic figures, like Catholic priest Don Giuseppe Berardelli, have died after voluntarily giving up their ventilators to younger patients.

What went wrong in Italy? It’s too early for a full post-mortem, but we can try and gesture in the right direction. Oxford University researchers have already released a flash paper on the Italian situation, noting that 23 percent of the population is over the age of sixty-five and Italian households are very multi-generational and social, which provides an easy pathway for rapid pathogen transmission. Italy for whatever reason also seems particularly susceptible to deaths from antimicrobial resistance.

Moreover, even as Conte appeared to take the problem seriously quite early-on, local provincial officials brushed off the problem as late as February 25, which is when Lombardy governor Attilio Fontana claimed that the coronavirus was “just a little more than normal flu.” Fontana then removed restrictions on bars and restaurants that had only been implemented days earlier.

The clash between Conte and Fontana reflects a broader truth about the Italian political system: despite nominally being folded up into a single nation-state in 1861, Italy was previously composed of city-states with distinct culture, customs, and mores. In recognition of these differences, each region has a strong amount of autonomy from the central government. This autonomy can be overridden by the national government in times of crisis, but formal measures of authority cannot erase the fact that people still place their primary loyalty in their local regions. What’s more important than formal policies of power centralization or collective emergency response is an underlying sense of national unity and trust in the national government.

But in early March, when Conte was set to quarantine an area in northern Italy, the regional press office in Lombardy leaked the plans to the press, which caused droves of people in the north to flee to the south of the country, bringing the pandemic with them.