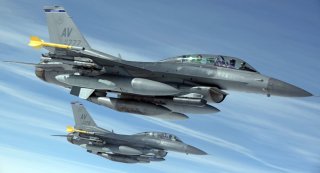 Out-arms racing Russia and, particularly, China in the emerging technologies sphere, as was manageable with the Soviets in the Cold War context, is not possible today—financially or otherwise. Pursuing unilateral military advantage inevitably leads to instability, as rivals respond and thereby invigorate the famed security dilemma. In general, as military capabilities become more destructive, this instability becomes more dangerous. Recently, weapons advancement at lower levels has been accentuating the risks of instability. This new generation of high-tech weapons is particularly dangerous, as weapons automation makes the risk of inadvertent conflict and rapid, uncontrollable conflict escalation more likely than ever before. The practice of further increasing the risks of instability through continued competitive arms development is unsustainable. A change, of course, will eventually occur—either volitionally through recognition of unacceptable risk and alteration of policy, or necessarily through calamity in the event conflict does break out.

In short, the days of hegemony reinforced by military might are coming to an end. Major powers today will not be able to use militarism to coercively advance their respective interests vis-à-vis one another in a decisive manner. The geopolitical landscape is moving in the unavoidable direction of multipolarity and clinging to militarism in an effort to counteract this tectonic shift seems futile and gratuitously dangerous. Further increasing risk through continued competitive arms buildups will only exacerbate deterrence instability and elevate the danger of catastrophic conflict from which only losers will emerge. It is time to recognize this reality and take prudent steps to head off the high-tech arms race and work toward the longer-term demilitarization of major power relations.

Ryan Swan is a Fellow at the Bonn International Centre for Conflict Studies and doctoral candidate at the Rhenish Friedrich Wilhelm University of Bonn. His research focuses on the effects of emerging technologies on deterrence dynamics.