Does Nuclear War Loom with Russia? 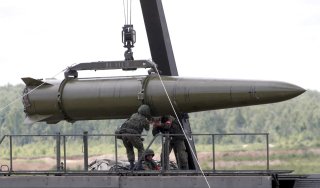 The war in Ukraine has confronted America and its allies with questions of central importance about the fate of national security in Europe and elsewhere. Will Russia contemplate the actual use of nuclear weapons in Ukraine or even against NATO countries in the event that the war continues to go badly for Moscow, presenting a danger to its great power status or even domestic stability? What are the current Russian perspectives on the hostilities in Ukraine?

To answer these questions, the Center for the National Interest is holding a conversation with its president and CEO Dimitri K. Simes, who has recently returned from a two-week visit to Moscow where he met with senior officials as well as leading experts and journalists with a considerable diversity of opinion. He will share his impressions and respond to questions from viewers. Jacob Heilbrunn, editor of The National Interest moderated the discussion.