Does Political Islam Have a Future? 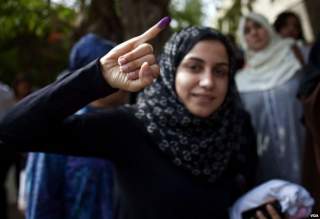 The political space for nonviolent, Islam-inflected politics has become narrower and more treacherous in the last year. Squeezed by repression on one side and radical violence on the other, nonviolent political Islamists were increasingly silenced or eliminated in 2015. Moderate parties were sidelines in Egypt, Algeria, Jordan and Morocco. In Syria, Libya, Yemen and the Palestinian Authority, their militant brethren marginalized and even attacked them. For many both inside and outside the Middle East, the growing reach of the Islamic State (ISIS) discredited even the idea of a peaceful version of political Islam in the twenty-first century.

There were two exceptions: In Turkey, the Justice and Development Party (AKP) secured a solid parliamentary majority in November elections—a significant reversal in fortune, since elections just months earlier had swung sharply against the AKP. President Recep Tayyip Erdogan consolidated his authority, and may even try to change the constitution to further strengthen his executive powers. In Tunisia, the Ennahda Party joined the ruling coalition, after coming in second during elections in late 2014.

But ISIS and Al Qaeda stole the spotlight in the Islamist political debate. These groups and their franchises carried out attacks in virtually every Middle Eastern country last year, with bombings in Lebanon, Yemen, Egypt, Saudi Arabia, Tunisia and Turkey killing hundreds of people. ISIS also launched attacks in the West when Islamic State supporters killed more than 120 people in Paris, France, and fourteen in San Bernardino, California.

These trends bode ill for more moderate groups in 2016—and for the region’s security. Syria, Libya and Yemen are particularly vulnerable, despite new peace initiatives. Extremist militias that controlled territory in all three countries were not part of peace negotiations—and are unlikely to cooperate if those negotiations should succeed. Meanwhile, Egypt and Turkey became increasingly repressive against a broad array of opposition groups, justifying crackdowns as a response to Islamic extremism.

The marginalization of Islamist parties is a setback after the unprecedented political opportunities provided by the Arab Spring in 2011. Egypt’s Muslim Brotherhood, the ideological grandfather of dozens of Islamist parties, won the presidency and the largest share of seats in parliament—to be ousted and declared a terrorist organization in 2013. By the end of 2015, Islamist parties across the region had lost elections, been banned or opted to boycott political systems increasingly skewed against them.

In Egypt, the Salafist Nour Party won only twelve seats in the controversial 2015 parliamentary elections—down from 121 seats in 2011. Algeria’s Movement of Society for Peace damaged its credibility by strengthening ties with the ruling National Liberation Front. Jordan’s Islamic Action Front was weakened by deep internal fractures. Morocco’s Justice and Development Party, though still the largest party in parliament, remained largely limited in their political influence.

After falling to second in the polls in 2014, Tunisia’s Ennahda party survived by joining a coalition government with Nidaa Tounes, a secular party that won the largest bloc in parliament. Turkey’s AKP was another anomaly. Opposition parties dealt it a sharp blow in June elections, but they failed to form a government and the AKP reclaimed its parliamentary majority in November snap elections. Along the way, however, Erdogan and the AKP, once viewed as the region’s model Islamist party, have increasingly curtailed press freedoms and silenced opposition. The Committee to Protect Journalists has branded Turkey “Europe and Central Asia’s leading jailer of journalists,” while a security reform passed in March significantly expanded police powers and the role of government-appointed regional governors in the law-enforcement process, with critics accusing the measure of “treating popular protests as potential acts of terrorism” and turning Turkey’s gendarmerie into an “armed branch of the AKP.”

Conflicts also left little space for political parties. Hundreds of Syria’s Muslim Brotherhood members reportedly returned to Syria in 2015 to mobilize opposition to President Bashar al-Assad, but they struggled with finances and recruitment against militias. Yemen’s Islah Party, another Muslim Brotherhood offshoot, once held dozens of seats in parliament. One of its members, Tawakkol Karman, won the Nobel Peace Prize in 2011 for her advocacy for women before and during the Arab Spring. Many are now in exile due to the war between government forces and Houthi rebels.

In 2015, nearly every country in the region—regardless of its politics—had to contend with the power of militias as well as ISIS and Al Qaeda. In some countries, Islamist extremists even fought each other.

ISIS evolved into a network of affiliates in at least eight countries, expanding far beyond its epicenter in Iraq and Syria. By late 2015, ISIS reportedly had a branch of its leadership dedicated to facilitating attacks beyond the borders of its so-called caliphate.

In Libya, ISIS supporters made headlines this year for beheading Egyptian Christians, setting off car bombs and attacking foreign embassies. In Yemen, ISIS killed hundreds of people in attacks on Houthi mosques in March and September. In Gaza, ISIS supporters pledged to overthrow Hamas. In Lebanon, a pair of suicide attacks in Beirut killed more than 40 people in November.

Even relatively stable countries were not immune from ISIS attacks. In Turkey, ISIS claimed responsibility for killing more than one hundred people at a peace rally in Ankara in October. In Tunisia, ISIS murdered tourists at the Bardo museum and a beach resort in Sousse; later, they killed a busload of presidential guards. Egypt witnessed an average of 115 terrorist attacks by Islamist extremists monthly between January and August, up from less than thirty per month in 2014, according to the Tahrir Institute for Middle East Policy.

Another troubling trend was the apparent shift towards Western targets. In addition to November’s attacks in Paris and December’s in California, ISIS claimed responsibility for bombing a Russian airliner over Egypt’s Sinai Peninsula in October, killing all 224 on board.

The rivalry between ISIS and Al Qaeda complicates the crisis. For more than two decades, Al Qaeda was the dominant worldwide jihadist organization. But after ISIS preempted Al Qaeda by declaring a global caliphate in 2014, several former Al Qaeda affiliates—including Boko Haram and Egypt’s Ansar Beit al Maqdis—aligned with ISIS. Competition between ISIS and Al Qaeda may lead to more violence, both between the groups and against others.

With extremist groups becoming ever more violent and polarized and political systems becoming more repressive, nonviolent Islamist parties may find themselves even further pushed to the margins of the political debate in 2016. Political Islam’s annus horribilis isn’t over.

Cameron Glenn is a senior program assistant in the Center for Middle East and Africa at the U.S. Institute of Peace.