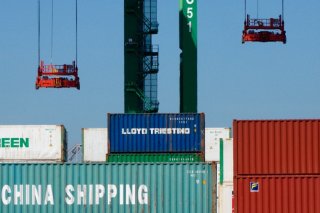 Chinese officials’ reactions to last month’s ruling by the Permanent Court of Arbitration in The Hague (PCA) on the South China Sea could have wide-ranging implications for China’s Silk Road, the economic initiative China considers to be a top national priority.

Launched by China’s President Xi Jinping in 2013, the “One Belt, One Road” (OBOR) project is a trade and infrastructure network, comprised of the Silk Road Economic Belt and the Maritime Silk Road, both linking China with countries in Asia, Africa, the Middle East and Europe. The initiative is significant to China’s national and regional economic development objectives. According to the Chinese government’s official press agency, at a time when the Chinese economy “moderates in transition,” the eastern provinces “strive for new ways forward” and the west of China is in “urgent need” of keeping its economy rolling, the OBOR initiative would address the “unbalanced development between the east and the west.” Thus, while touted as economically beneficial for the countries involved in the project, the OBOR is also a new platform through which China would propel its own economic development forward.

Given the importance of the new Silk Road project to China, Beijing should proceed with caution in its response to the recent international court ruling on the South China Sea. If nothing else, it could be seen as a litmus test on how it would handle potential disputes in the future.

On July 12, 2016, the PCA ruled in the Philippines’ favor in a maritime dispute with China concerning the South China Sea. Beijing questioned the Court’s jurisdiction over the case and stated it would not accept nor participate in the arbitration. In turn, the PCA, citing the United Nations Convention on the Law of the Sea (UNCLOS), asserted that China, an UNCLOS signatory, is bound by its ruling.

While China decides what to do next, several countries wait with bated breath. States participating in OBOR, states which may be on the fence about the intentions of OBOR, those considering joining it in the future, or those involved in non-OBOR related infrastructure investment projects with China, will be watching China’s next moves carefully. Developing the Silk Road initiative will require a presence in several countries, on a number of continents and spanning various bodies of international water. The South China Sea itself is a major shipping route and will incorporate segments of the Maritime Silk Road. China’s trade partners may be reluctant enter into such a complex arrangement with a partner who does not abide by the rulings of an international arbitration court.

The Program Director of the University of Oxford "One Belt, One Road" Programme, Professor Denis Galligan, highlighted that “a massive cross-border undertaking such as OBOR will require legal structures that can deal with complex issues spanning topics such as international trade, finance, investment, banking and securities, maritime and transport, competition, consumer protection, and dispute resolution.” When disputes arise, and all other remedies—including bilateral negotiations, mediation, local or national arbitration institutions—fail, in most cases international arbitration courts are called upon to resolve them. Should it come to that point, China’s trade partners would want assurances that China would unflinchingly accept such rulings. Also, because the OBOR initiative is a long-term project estimated to take thirty to forty years, the insurance provided through contracts and agreements would carry even greater weight for all parties involved.

With its reputation regarding the rule of law at stake, China’s handling of an international tribunal’s ruling seems shortsighted at best. Ignoring the ruling of the court entirely may introduce suspicion, escalate the dispute, and bring in other players which otherwise should not be involved. On the other hand, recognizing the inviolability of international agreements would help China in its quest to develop advantageous trade and investment opportunities. China’s response to the ruling is a litmus test providing an opportunity to demonstrate that it is a reliable partner in the new Silk Road, one committed to basing its “win-win” (shuangying) policy on an adherence to the rule of law.

Dr. Christine Guluzian is a visiting research fellow at the Cato Institute.