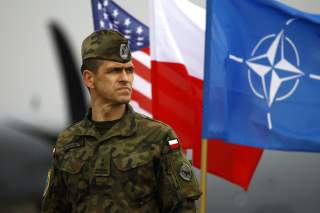 Presidents Václav Havel of the Czech Republic and Lech Walesa of Poland, however, made the case for rapidly enlarging NATO to U.S. president Bill Clinton in April 1993. They did not want the Central European states to be grouped together with former Soviet republics and Central Asian nations in the OSCE. Instead, they wanted something else—firm commitments that they would be brought into the main institutions of the Euro-Atlantic world. If the EU would not expand quickly, NATO membership would serve as an important benchmark for “rejoining Europe.” Moreover, in contrast to what the Bush administration had vouchsafed, they did not want vague security assurances but concrete guarantees that being a NATO treaty ally would bring. Their main point was that only NATO membership with its Article V commitment could protect their countries if Russia returned to its dangerous Soviet (or even imperial) ways. Considering the Soviet Union’s 1956 invasion of Hungary and 1968 intervention in Czechoslovakia, as well as its earlier collaboration with Nazi Germany to carve up Poland in 1939, this was not an unreasonable concern. Havel, Walesa and other Central-Eastern European leaders also made it clear that they did not trust the assumption that Russia itself would become a part of the West nor did they accept the assessment that Russia was permanently finished as a great power. They wanted to be embedded in the major security and economic institutions of the West as full members in the event of a hostile Russian resurgence.

In short, the former Warsaw Pact states wanted to use the breathing space created by the collapse of the Soviet Union to enter the pre-1989 NATO—an alliance of collective defense, at a time when the other existing NATO members either did not view Russia as a threat, saw new threats coming at Europe from other directions or wanted to recreate NATO as a political alliance based on shared values. Within the United States, the debate centered around the question of whether enlargement would add or lessen burdens for the United States.

After Walesa and Havel had made their initial pitch, two objections were raised, both within the U.S. government as well as among the members of the alliance. The first was that the security threats to the Euro-Atlantic world increasingly came from the south—the Balkans, the Mediterranean, and the Middle East and North Africa—so enlarging the alliance in an eastward direction did not make strategic sense in terms of meeting the new challenges to the Euro-Atlantic world.

The second was there was no urgency for rapid enlargement. Russia did not pose a threat. There was no pressing security reason to enlarge, and premature expansion of the alliance before the Russia relationship was settled could disrupt efforts to forge a lasting partnership with Moscow. At the same time, Russia appeared to be a declining power, so what was the urgency? The Germans, in particular, made the case that if Russia began to become unfriendy, there would be adequate time to make preparations.

Advocates for enlargement relied on a complicated set of somewhat contradictory arguments to create the consensus necessary to support expansion. To opponents of enlargement, they stressed that Russia was not a threat and that NATO enlargement would not be threatening to Russia since the Cold War was ostensibly over. The original members of NATO would not have to forego the peace dividend or to jeopardize their newly-emerging relationships with post-Soviet Russia. Aspirant countries would get the formal Article V guarantees that they sought, but were never expected to cash them in. The addition of new members to the alliance would decrease the burden shouldered by the United States. Finally, the desire of former Soviet bloc states to enter NATO signaled their acceptance of Western values as defined by elites in Western Europe and the United States: post-nationalist and secular. It would also give the EU more time in processing applications of new members, since politicians in aspirant countries could point to NATO membership as a landmark on their overall “return to Europe.”

In practice, however, leaders in aspirant countries were asking their voters to check the right boxes in elections and referenda; they were not asking voters to change fundamental social and cultural norms. The existing European members of NATO were happy to extend security guarantees—on the triple assumptions that they would never be invoked, that accepting new NATO members would not require them to spend more on defense, and that enlargement would not jeopardize their burgeoning economic and political ties with Russia. But they, in turn, tended to view enlargement not through a security lens but as an expansion of the European project and in furthering societal transformation throughout the former Soviet bloc. One critical assumption behind rallying support for enlargement of both NATO and the EU in the West was that aspirant countries were committed to a liberal democratic, post-nationalist, secular path, and needed only to have the initial encouragement spurred on by NATO (and then EU) conditionality to keep progress moving in the right direction. For Americans, enlargement would validate the Western ideological victory in the Cold War but, more importantly, add to the number of NATO members who would take on more of the burdens both for European defense but also for global security.

With objections overcome, NATO, only six years after the Rome summit, issued official invitations to the Czech Republic, Hungary and Poland to join the alliance in 1997, with these three countries entering the alliance in 1999. Seven additional members—Bulgaria, Romania, Slovakia and Slovenia, plus the three Baltic States of Estonia, Latvia and Lithuania—would join NATO in 2004. The alliance had grown from sixteen to twenty-six members—but without achieving any clarity about the alliance’s purpose or future role. And whereas in the past only the isolated northern frontier between Norway and Russia brought the alliance and Moscow directly in contact, after 2004, NATO’s eastern and Russia’s western security zones would now not only touch but overlap. With NATO’s attention focused eastward, major consequences from the war initiated the previous year in Iraq were emerging that would, in coming years, destabilize the southern flank of the alliance—and help to unleash a crisis in Europe that would call into question whether the alliance was indeed characterized by “shared values.”

POST-COLD War NATO enlargement as a cost- and consequence-free decision was based on two assumptions: that there could never be strategic enmity and rivalry with a post-Soviet, post-Communist Russia, and that Russian weaknesses were long-term and would preclude any resurgence of Moscow as the dominant power in Eurasia. While a realistic gamble during the 1990s, developments during the 2000s and beyond under Vladimir Putin’s tenure should have called into question whether these were realistic bases on which to base NATO policy.

Even as Central European states explicitly (and understandably) sought protection from a revanchist Russia, existing Western European NATO members could marshal political support to admit them to the alliance only if such a threat didn’t exist. Having just become accustomed to the benefits of peace, few on the continent were prepared to contemplate commitments to go to war with Moscow if such a war seemed remotely possible. As a result, Western Europe’s large economies—the only non-American economies that could assume strategically material financial responsibility for Europe’s defense—had no political basis to sustain or increase their military expenditures.

That NATO’s existing members did not see Russia as a near-term threat shifted their focus away from aspiring members’ military contributions to the alliance and toward pressing for political and economic reforms. Setting minimal standards of conditionality (first for NATO, then for EU membership) would set a series of achievable targets, but this meant that, for NATO, the focus shifted from hard geopolitical security considerations for a military alliance in favor of seeing NATO enlargement as “social work” to support democratization and “Europeanization.” Again, this could only occur in conditions where Russia was not seen as a real threat. It also shifted criteria for NATO membership away from concrete strategic considerations—including risks and liabilities for the alliance—to demonstrating support for political reform and support for shared values in aspirant countries.

Moreover, once NATO made the decision to enlarge, it had to reconcile the contradictory imperatives of reassuring Russia that the alliance posed no threat to Moscow, while conveying to the new members that their security would not be neglected.

The eighty-four miles of distance from the Estonian frontier at Narva to St. Petersburg, Russia’s second largest city and one of Russia’s main industrial, commercial and energy export centers and its de facto second capital, epitomized the problem. Any appreciable deployment of allied force in Estonia would raise the Russian General Staff’s blood pressure. However, to reassure Estonia (or any of the other new members) that NATO took its defense seriously, there had to be some realistic demonstration of NATO’s capacity to defend and reinforce its partners in central and eastern Europe. Even before the Ukraine crisis of 2014, it was very difficult to find a level of allied commitment that would not be seen as too threatening to Russia while reassuring the eastern NATO members that their Western European and American partners took their security concerns seriously.