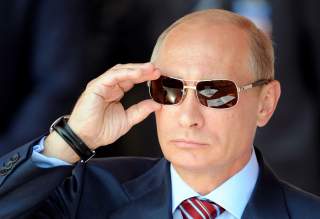 What might the shape and contour of U.S.-Russia relations look like under a Donald Trump administration? I was privileged to be a member of an American delegation to a track II dialogue in Moscow convened to consider those questions. The Center for the National Interest, the Moscow State University for International Relations and the Foreign Policy Analysis Group (Vneshniaia Politika) cosponsored the dialogue. I also had the opportunity to take part in other meetings in the Russian capital during my stay.

In the immediate aftermath of Trump’s election in November, the American press focused a great deal of attention on reports of jubilation in the Russian capital, especially the sight of Russian legislators toasting his victory with champagne on the floor of the State Duma. Others darkly warned that the United States had elected a twenty-first-century version of the “Manchurian Candidate” who would be prepared to surrender U.S. interests to Russian preferences. What was most surprising about my conversations in Moscow was that whatever irrational exuberance may have been expressed by the Russian foreign-policy establishment several months ago had been replaced by very sober and very realistic assessments. The change in tone from the Obama administration to the Trump administration when discussing Russia or President Vladimir Putin was noted and appreciated.

However, I did not receive any impression that anyone was holding their breath and awaiting a sudden, dramatic reorientation of U.S. foreign policy or immediate reversals of previous American actions, including on sanctions. Indeed, there was often a subtext that the Trump administration might prove to be a challenging negotiating partner for the Russian government and would not be inclined to do any favors for Moscow. That feeling was reflected in a consistent set of questions informing the dialogue: what does a Trump administration expect Russia to do, what could the Putin government offer, and what would Russia receive (or America offer) in return?

Starting and maintaining direct conversations between official Washington and Moscow through multiple channels will be of utmost importance. While it is easy to propose agenda items for possible U.S.-Russia collaboration in the abstract, there will be many challenges and obstacles associated with moving from conception to actualization and implementation. No one expects that to be an easy or instantaneous process. Matters are complicated by the realities of a U.S. presidential transition that is taking place under less than normal circumstances. That means the full Trump national-security team may not be in place for weeks to come. Also, the president and that team may need additional time to master the intricacies of the national-security process.

I have a strong sense that Moscow is prepared to be patient and give the administration time to settle in at 1600 Pennsylvania Avenue and its environs. Paradoxically, because many people—even in Russia—had expected that Hillary Clinton would be the victor in the 2016 race, steps had already been taken to further bolster the Russian economy’s antibodies to Western sanctions. So while sanctions relief would obviously be welcomed, Moscow does have some breathing room in that regards. Still, Russia seems very interested to get dialogues started with Washington on a whole host of strategic issues that would impact policy and begin exploring areas where cooperation may be feasible, while at the same time addressing those areas where progress may not be possible.

Rather than grandiose talk about alliance or partnership, our interlocutors often used the term “selective cooperation” and sought to identify specific areas where U.S.-Russia action might be feasible—and where successful outcomes could then begin to develop the overall bilateral relationship in a more positive trend, such as a more common approach to dealing with ISIS.

In contrast to the past track II dialogues that I have taken part in, where the meetings were characterized by the presentation of detailed plans of action, what struck me about these sessions was that discussions were focused much more on questions about the alignment of priorities between the Putin and Trump administrations, and how the initial preferences of one side might prove difficult for the other to accommodate. Russia would be cautious in abandoning current partners, for instance, for fear that whatever goodwill obtained through the Trump administration would be transitory and would not generate lasting benefits for Moscow. Similarly, there is little expectation that stated objectives of the administration—on expanding missile defense, for instance—would be abandoned simply because of Russian objections or to gain support from Moscow in other areas. Russians have concerns about the direction of the new administration vis-à-vis Iran, while at the same time they hope that a way can be found to compartmentalize the Ukraine crisis so that the road to better relations between Moscow and Washington does not run through Kiev.

I left with a sense that there is no roadmap for the future, no template that can be dropped into place. But there does seem to be a desire for a deep and comprehensive dialogue absent of expectations or grandiose illusions—a dialogue that allows for the discussion of various critical issues and does not automatically identify disagreements as failure.

President Trump has noted that he is interested in finding ways for the United States and Russia to work together—but he has also acknowledged that it may not work out in the end. The only way to know what the future holds for these two countries is to start the conversations with Moscow. Getting this dialogue started should be a top priority.

Nikolas K. Gvosdev is a contributing editor to the National Interest. He took part in this dialogue in a personal capacity. The views expressed here are entirely his own opinion and perspective.