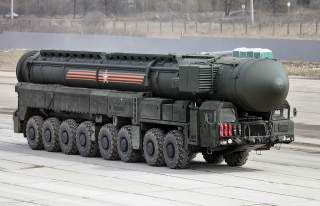 The most important foreign policy task President-elect Donald Trump will face when he is inaugurated will be to restore cooperation with Russia to reduce the danger to the world posed by nuclear weapons. The only truly existential threat to the United States today is that of nuclear war. President Ronald Reagan and General Secretary Mikhail Gorbachev recognized this danger in their 1985 Geneva Summit when they agreed that “a nuclear war cannot be won and must never be fought,” and concluded therefore that there could be no war between the United States and the Soviet Union. Their agreement on this point underlay the subsequent mutual steps that ended the arms race and, in remarkably short time, the Cold War itself. By the end of 1991, Europe was whole and free and at peace.

Over the past two decades, American and Russian leaders have allowed the truism recognized by Reagan and Gorbachev to slip from their attention. The recent presidents of both countries, through a series of misconceived actions and emotional reactions, have created an atmosphere of hostility and confrontation that damages both countries and militates against cooperation even when their interests are in harmony. That has brought us to the brink of another senseless nuclear arms race along with the danger that militarized competition over territory could escalate into actual war, which would be a catastrophe for all.

Restoring cooperation with Russia on nuclear issues will be possible only if we overcome the confrontational mentality that pervades much interaction between the United States and Russia today. In fact, the most fundamental interests of both countries are not in conflict: whether it be avoiding a nuclear arms race, combating terrorism, coping with the effects of global warming, building mutually beneficial economic ties, or managing the many problems stemming from failed states, cooperation between the United States and Russia—along with the European Union, China, and India—is essential.

The Obama administration attempted a “reset” that had some important positive results, notably the New START treaty, but eventually failed following the developing civil war in Syria and, above all, the shock of the Maidan revolution and its aftermath in Ukraine. President Trump’s challenge will be to work with President Putin to transcend differences over these issues so that both countries, along with the European Union, can concentrate on dealing with the global challenges that face us all.

Cooperation to solve or contain all the acute problems our countries face will require more than a “reset” in the existing operating system. We need a different operating system. The way Presidents Reagan and Gorbachev found their way from confrontation to cooperation may provide an example for Presidents Trump and Putin to emulate.

Jack F. Matlock, Jr. is the Former U.S. Ambassador to the Soviet Union.