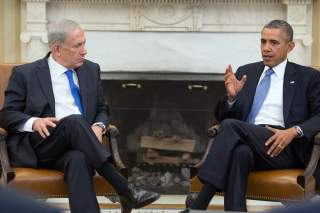 Big elections often are seen by academics and pundits as ushering in new political eras. More often, they actually are mere reflections of underlying political developments that create these new eras.

So it is with Benjamin Netanyahu’s reelection victory this week in Israel. It marks a new era in U.S.-Israeli relations. The “special relationship” will never be the same. It may seem immaterial whether the Netanyahu victory ushers in this new era or merely reflects it, but the distinction is important for anyone wishing to understand the dynamics between the two countries.

What’s emerging is that they are entering into a divergence of interests that is both stark and probably irreversible. The divergence can be seen in the unprecedented nature of the Netanyahu victory: no Israeli prime minister has ever sought reelection by humiliating a sitting U.S. president on American soil—in the halls of the U.S. legislature, no less. And no Israeli prime minister would ever have succeeded in getting reelected with such a strategy—until now.

Consider the electoral fate of Prime Minister Yitzhak Shamir in 1992. Shamir ran afoul of the George H. W. Bush administration on the matter of Israeli-Palestinian peace efforts and Israel’s aggressive West Bank settlement policies’ negative impact on those efforts. Shamir never sought to humiliate the American president in the manner of Netanyahu, but his stubbornness on those issues rankled U.S. officials. And they let the world know it.

Secretary of State James Baker, in congressional testimony, questioned whether Shamir was making a “good faith, affirmative effort” on behalf of peace. To reporters, he chided the Israeli leader by suggesting the United States would simply wash its hands of the matter until Shamir embraced a more cooperative approach. “Everybody over there,” said Baker, “should know that the telephone number [at the White House] is 1-202-456-1414; when you’re serious about peace, call us.”

Members of Congress piled on. Wisconsin’s Democratic representative David Obey, referring to Israel’s West Bank settlement blitz, declared, “Frankly, it gets under my skin because my understanding is that this activity is in violation of U.S. policy.” To emphasize U.S. policy, Bush and Baker withheld the distribution of $10 billion in housing loan guarantees to Israel pending a promise from Shamir that the funds wouldn’t be used for West Bank settlements.

Shortly thereafter, Shamir lost his bid for reelection to Yitzhak Rabin’s less hardline Labor Party. “Did U.S. actions help defeat Shamir?" asks Aaron David Miller, the writer, scholar and former State Department adviser. “You bet they did." He adds that the “perception that Shamir had mismanaged Israel’s ties with the U.S. hurt him badly" with Israeli voters concerned about any fault line between their country and its great patron, the United States.

The same could be said, though it is less clear, about Netanyahu’s own reelection defeat in 1999, after his much-publicized frictions with President Bill Clinton. In private meetings, Netanyahu lectured the president as if Israel were the superpower and Clinton was a client-state leader. “Who the fuck does he think he is?" complained Clinton in private afterward. “Who’s the fucking superpower here?" The mutual animosity seeped into the public consciousness of both countries and almost surely contributed to the victory of Ehud Barak over Netanyahu during the next Israeli election.

The significance of these episodes lies in the reality that Israeli voters felt a strong political need to preserve decent relations with its one natural ally, even when disagreements emerged over the fine points of how to proceed on major issues, such as the fate of the West Bank and the Israeli settlements. Sometimes these disagreements were finessed in ways that weren’t always sincere, but the importance of avoiding the kinds of frictions reflected in the Baker-Shamir standoff was considered paramount.

That renders all the more significant Netanyahu’s last-minute desperation move—an outright rejection of any Palestinian state under his leadership. This repudiates U.S. policy going back decades and also repudiates his own eloquent support of such a policy in 2009, when he said: “In my vision of peace, there are two free peoples living side by side in this small land with good neighborly relations and mutual respect, each with its flag, anthem and government."

Almost nothing Netanyahu has done as prime minister following that statement suggests he meant it. And the so-called two-state solution has been dead in reality for a number of years, in significant measure because of Israeli actions—for example, its rejection of Saudi King Abdullah’s proposal for normalized relations between Israel and all Arab nations if Israel would pursue a deal with Palestinians, just about any deal, that they could accept. But it was considered a diplomatic necessity that Israel at least pay lip service to the merits of an accommodation with the Palestinians, and that at least kept alive the prospect that a leader could emerge who actually would pursue such a policy sincerely, as did Yitzhak Rabin and Shimon Peres in the 1990s.

But now we have an Israeli leader who proudly and sternly proclaims fealty to a one-state policy, meaning ongoing dominance of the occupied lands and continuation of what former President Jimmy Carter called an “apartheid" approach to Palestinians within the one-state entity. It’s difficult to see how that enhances America’s ability to pursue its own interests in the volatile region, including ensuring the ongoing flow of energy supplies, preservation of U.S. transit rights so America can project power throughout the world, the prevention of a regional hegemon that could threaten other interests, and the promotion of regional stability. And another of those interests, of course, is the security of Israel and also its acceptance among other states and peoples in the region. In the traditional U.S. view, acceptance ultimately was a prerequisite to security. Now Netanyahu has decisively rejected that view in deference to an outlook based almost exclusively on the regional power equation.

That is why Netanyahu wants to foster a military confrontation between the Unites States and Iran. Opting for regional isolation and pugnacity toward his neighbors, he needs power to ensure his nation’s security and the only place he can get it in sufficient increments—aside from Israel’s own nuclear monopoly in the region, which Netanyahu is desperate to preserve—is from America. To secure it, he’s even willing to drive a wedge through the American political system, as he did with his incendiary speech before Congress earlier this month.

Netanyahu can take such actions with political impunity in Israel because Israel is a different country from what it was when Shamir faced defeat in 1992 or even when Netanyahu met his similar defeat in 1999. As Israeli journalist Akiva Eldar pointed out in The National Interest in 2012, Israeli politics has been transformed by two major developments, one religious and the other demographic. Whereas the ultra-Orthodox political parties once constituted a swing faction between dovish and hawkish political camps, now it is firmly aligned with the hawkish view that Israel should never pursue a two-state solution. Surveys show that a growing majority of young people identify with the religious parties, and this trend will increase throughout the population as it ages. Vast majorities of these people—themselves a growing population segment—utterly reject the idea that Israel should give away any of its occupied lands.

In the realm of demographics, Israel received nearly a million immigrants during the 1990s, about 85 percent from the former Soviet Union. These people were largely secular, but like the growing religious contingent projected a strong right-wing political sensibility. A 2009 survey revealed that “in general, the immigrants’ attitudes are less liberal and less tolerant in almost every realm and concerning every topic examined.” Fully 77 percent of former Soviet immigrants in the survey supported policies to encourage Arab emigration from Israel. This population group represents about 20 percent of Israeli voters but is almost monolithic in its devotion to aggressive West Bank policies and opposition to liberal thinking.

It isn’t surprising, therefore, that the Zionist Left in Israel is fading as a political force. In the 1992 elections, the Labor and Meretz parties, which represented the Zionist Left, together won fifty-six of the Knesset’s 120 seats—enough to dominate the subsequent coalition-building period. Just seventeen years later, in 2009, those two parties garnered only sixteen seats. That same year, a public opinion survey revealed that 72 percent of Jewish respondents identified themselves as “right-wing.” The Zionist Left isn’t likely to return as a significant political force anytime soon.

Every nation is in a constant state of change, and its politics are constantly reflecting that. And if Israelis want to keep the West Bank, with all the implications that generates in terms of its treatment of Palestinians, then that’s where the nation’s leaders will take it. And if its regional isolationism requires its foreign relations to be based upon pure power equations, then that’s the fate it will have to embrace.