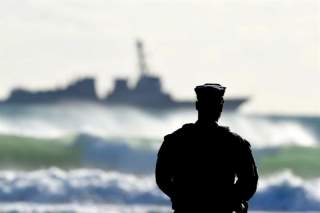 Asia’s immense economic growth over recent decades has come in tandem with a large increase in insecurity and military spending. Partly in response, the region has seen a quiet revolution in U.S. Asia-Pacific policy as the ‘hub and spokes’ system has been integrated across U.S. ally partners and external powers. The United States and Japan, for example, have developed a number of on-going trilateral security arrangements with states in Asia, including Australia, India and South Korea. All partner countries regularly deny that these groupings are formal alliances, and lacking formal defence commitments in the third dyad (Japan-Australia, Japan-India, Japan-ROK), they are more precisely forms of alignment, not dissimilar to the Triple Entente of pre-1914.

They are driven by a strand of neoliberal optimism from the late 1990s, as well as by a more realist strand of pessimism found in the early 2000s. The most mature of these groupings, the US-Japan-Australia trilateral Strategic dialogue (TSD) has focused on “human security” activities, such as peacekeeping, capacity-building, humanitarian assistance and disaster relief. This side of their nature stems from their neoliberal optimism that they can be the building blocks of an integrated security community in Asia, and are part of an inclusive approach to former Cold War adversities. To allied partners like Japan and Australia, the activities are important for “anchoring” the United States to the region, and have allowed both alliances a certain amount of legitimacy by providing “public goods,” while carefully avoiding a security dilemma with China.

On the other hand, the trilaterals also have a hard balancing element: the US-Japan-Australia TSD has included defence-industrial cooperation, the institutionalization of intelligence-sharing and growing military interoperability. With this double logic, they are a classic hedging strategy, as envisioned by political scientist Evan Medeiros. They encourage engagement, integrating regional militaries towards common objectives, as well as provide a form of insurance if Chinese revanchism begins to threaten regional security. This hedging element is not incidental, but was self-consciously built into the US-Japan-Australia TSD.

The trilaterals are not—as China might think—a means of containment. Rather, they act like a woven paper cup, loosely form-fitting. As one expands one’s hand in the basket, the material naturally tightens around it. In many ways, it is the ultimate moral high ground, since the cup only tightens in reaction to expansion. In this way, as China continues to expand its power projection capabilities and attempts to expand its territoriality into the East and South China Seas, the trilaterals will continue to tighten around it and create the exact reaction that Deng Xiaoping once feared. The US-Japan Defense Guidelines are one aspect of that weaving, as are growing Japan-Philippines and Japan-Vietnam capacity building behaviors in maritime security.

In some ways, this process is neatly described by the security dilemma in Thomas Christensen’s International Security essays. However, with one material difference. The United States and its allies have helped China rise by investing trillions of dollars over the past three decades and promoting Chinese inclusion in almost every important regional and global fora. Unlike Christensen’s neutral analysis, the increasing constrainment of China is driven by China in much the way that occurred with pre-1914 Germany. Post-Bismarckian German foreign policy was unpredictable, expansionist and supported by a growth in nationalism and militarist culture. Similarly, Chinese revanchism is driven by a narrative of exclusion and regaining its “rightful place in the sun.” No one power—not even the United States—has the power to contain Chinese expansionism. However, an interlocking web of alliances around this struggling behemoth can deter it from unwise adventurism and act as a constraining influence. What happens next, depends on China.

John Hemmings is an Adjunct Fellow at the Pacific Forum CSIS and a doctoral candidate at the London School of Economics (LSE), where he is working on US alliance strategy in the Asia-Pacific. Follow him on Twitter: @johnhemmings2.