Don't Count on ASEAN to Save the South China Sea 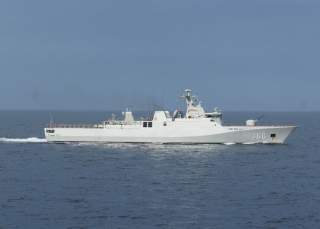 The countries of Southeast Asia have long sought progress toward a position of greater institutional unity in addressing regional security concerns. In 2009, the Association of Southeast Asian Nations (ASEAN) agreed on a Political-Security Community Blueprint, which stated that member states, “regard their security as fundamentally linked to one another, bound by geographical location, common vision, and objectives.” Furthermore, for fourteen years, the ASEAN states have tried to develop a framework with China to resolve their territorial disputes in the South China Sea. In an effort to build on these developments, much of Washington, including key officials in the Obama administration, have supported a diplomatic approach to the crisis in the South China Sea emphasizing regional institutional processes.

Despite such efforts, however, Southeast Asia's traditional framework for collective action has proven ineffective as a vehicle. This was demonstrated most recently by ASEAN’s deadlock over an ultimately unsuccessful effort to ensure that a joint statement mentioned the recent landmark legal ruling on the South China Sea. While some observers pin this lack of progress on ASEAN’s institutional weakness, it is important to look deeper at the rationalist underpinnings of ASEAN’s decision making. As noted by the Diplomat’s Ankit Panda, “the problem with Asia’s institutions failing to address maritime security issues seriously has nothing to do with the quality or processes of these institutions; the problem stems from widely divergent national interests, particularly between China and other states with maritime interests and claims.”

The already weak foundations of the ASEAN Political-Security Community have been particularly undermined by ASEAN’s inability to fashion a collective position that addresses the issues of the disputes in the South China Sea. There can be no fundamental member state interest, as outlined in the blueprint, without common security interest. However, the interests of continental states are in doing business with China, not confronting it. Furthermore, despite acknowledgement that the nine-dash line has no basis per United Nations Convention on the Law of the Sea (UNCLOS) as confirmed by the recent arbitration decision, maritime states have been unable to shape a common response to the Chinese challenge.

As a result of this conflict of interests and corresponding limitation of collective action, ASEAN seems to have focused on the fulfillment of the “ASEAN way”—emphasizing compromise, consensus and consultation—to the detriment of ASEAN as a security community. ASEAN has sought to preserve the status quo in the South China Sea without alienating China, preventing the jurisdictional and territorial rivalries between some of its members and China from spilling over into the broader regional agenda of ASEAN-China relations.  As correctly predicted by Walter Lohman in 2013, “ASEAN has sacrificed members' interests to appease aggressive neighbors before—and will again.”

The ASEAN strategy has been to enmesh China in a web of normative and legal commitments that would constrain its unilateralism in changing the status quo by forceful means. Concurrently, China’s strategy has been to satisfy ASEAN’s quest for dialogue, without binding commitments or a retreat from claims to sovereignty and maritime justice. The result is that ASEAN has practically been playing right into China’s hand. ASEAN has been providing China with no greater incentive to adapt to normative commitments, while China’s increasing economic and military strength, as well as territorial entrenchment, ensures that the pressure on China to make binding commitments or retreat from claims is likely to only further decrease in the near future.

A Realistic Role for ASEAN

What does this mean for the United States in its efforts to support maritime security in Southeast Asia? The big takeaway is that the United States should not expect a big win—for example, a binding Code of Conduct (COC)—to come out of ASEAN and its relations with China as the game board is currently set. Assuming the continued growth of Chinese power, this possibility will become even more distant, with China’s continued resistance to multilateral negotiation—especially anything binding—as cause for further skepticism. China’s violation of the DOC, and probable violation of a future COC, may have diplomatic costs for China, but the strategic and economic rewards to China of demonstrating its dominion would be large. This understanding has only been confirmed by Beijing’s adamant dismissal of the recent arbitration decision. Furthermore, it is worth noting that to the extent that a growing number of ASEAN members share U.S. concerns, these concerns are tempered by intra-ASEAN priorities that are not American priorities. Deference to ASEAN places U.S. strategic objectives at the mercy of ASEAN’s confused institutional strategic vision.

This skepticism does not mean that the United States should give up on ASEAN in its entirety, but instead demands a more pragmatic appraisal of ASEAN’s potential. Through its continued involvement in ASEAN initiatives the United States can still seek to strengthen ASEAN’s potential as a forum for shopping strategic ideas and legitimize multilateral negotiations in contrast to China’s emphasis on bilateral resolution and enhancing American influence. Furthermore, ASEAN has the capacity to support an improved maritime security regime in response to non-traditional threats, an effort which may benefit the U.S. goal of maritime capacity building to promote minimal credible deterrence. Realistically, however, attendance at ASEAN meetings should be seen more as a failsafe against the event of ASEAN taking action without American involvement than as a necessary diplomatic precursor for effective action. Rather, the development of strategic stability in the South China Sea will require that any efforts, ASEAN are otherwise, are firmly rooted in that of sovereign states.

Taylor M. Wettach is a graduate student at Georgetown University’s Edmund A. Walsh School of Foreign Service, a Harold W. Rosenthal Fellow in International Relations with the Japan Business Federation (Keidanren) and a Pacific Forum CSIS Young Leader. He tweets at @twettach