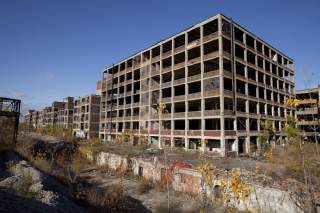 The death rate in the United States has gone up for the first time in a decade; middle-class incomes are mostly stagnant; the middle class itself, romanticized by many Americans, is shrinking; the country’s public institutions, including the military, the Supreme Court and the Federal Reserve, have joined the presidency and the Congress as the targets of base partisanship; the daily press, especially local news, has descended to the depths of Drudge-ification, featuring so much crime, scandal, invective, bias and triviality. What is going on?

Life in America certainly isn’t as bad as it looks. The economy is hardly robust but it’s no longer in freefall. The government still functions, despite some appearances to the contrary. Public opinion around the world hasn’t necessarily turned far in America’s favor, but at least fewer people overseas “hate us” than they did a decade ago, according to most surveys. American novelists, poets, playwrights, film directors and musicians are as busy and as lauded as ever.

Nor should anyone forget that Americans have had a low culture for a very long time, and have long promoted it. Obsession with decline, and with dystopia, dates back to the Puritans. It has even stimulated those who study them to invent something called the “declension theory.” The theory suggests that new generations are almost destined to go astray, to allow standards to fall and to destroy all that it took so many previous generations to build. Cultural decline, in other words, is as American as apple pie.

It is also muddled. Decline presupposes an incline, and a peak. But who can agree when that was in our recent history? And even if there were agreement, say, on a golden age lasting from the mid-1950s to the mid-1990s, as people today now appear to do, how do they account for the dégringolade of the late 1960s and 1970s, right in the middle of it?

There has been little decline in the popularity of declinism, however. It’s been nearly a century since the first appearance of Oswald Spengler’s The Decline of the West, more than a half-century since Philip Wylie’s A Generation of Vipers, three decades since Allan Bloom’s The Closing of the American Mind and Paul Kennedy’s The Rise and Fall of the Great Powers, and twenty years since Samuel Huntington’s The Clash of Civilizations. This list of decline-obsessed bestsellers could go on; yet we’re still alive and still, evidently, declining.

Decline—or the appearance and the sensation of everything being in decline—may not be so constant, or so cyclical. A fall does not always succeed a rise, which precedes another fall. Rises and falls happen all the time, actually. Family fortunes come and go; some last only, as the stereotype has it, until the third generation; others last until the thirteenth, or longer. There is no natural law, in other words, of historical decline. It is at once real and present in the eye of the beholder.

A few distinctions may help to make better sense of it. The Puritans’ declension notwithstanding, the obsession with decline that many Americans have is more political and economic than cultural or spiritual. We tend to tolerate (or enjoy) the base standards of television, the tabloid media and much of Hollywood as permanent facts of life. It’s only when “decline” hits our wallets and our voting booths that some people begin to say that everything is hopeless.

Jeremiads often appear to accompany political and economic decline. In fact, they usually precede it. This is not surprising if we remember that civilization—that is, legal, literary and artistic culture—is both intro- and retrospective in its assignation of value. “So long as a man remains natural and follows instinct he will not go far towards civilization,” wrote the British art historian Clive Bell in his 1928 essay, Civilization. “Civilization comes of reflection and education. Civilization is artificial.”

He was not the only one to make that obvious point. Cultures on the rise don’t usually take time to celebrate themselves, at least not primarily on cultural grounds. Tocqueville’s famous observation on popular dissatisfaction and revolt is a similar one: it usually peaks during periods of relative prosperity and stability, when people begin to want just that much more, and fashion a belief that they once had (or ought to have had—and therefore ought to have) more. Civilization in this respect is best understood to be a luxury in time, an indulgence in the pluperfect.

Tocqueville’s observation, when translated into a scientific hypothesis, is easier to repeat than to disprove. Frustrated aims and unmet expectations easily lead to what the late Fritz Stern has described as a form of “cultural pessimism” verging on despair. It can be so powerful as to turn against civilization itself, as we have seen only recently, with a hatred that features not an alternative, purer culture so much as the nullification of all civilization.

Just as culture and civilization are similar but hardly synonymous terms, a distinction between civilization and civility also matters. They are also related, not just in their Latin roots, but also in their main aspects, as most of us know and recognize them. However, civilization mainly is a state of being; civility is a way of doing. Civilized societies need not be civil ones; civil societies may not, by Bell’s definition anyway, be so civilized.

Take, for example, the court of Louis XIV in seventeenth-century France. It was a rich, vibrant, clever, even magnificent, world at the apex of its power, influence and appeal. It was not, however, known for its civility.

Contrasted with the United States in the early twenty-first century, Louis XIV’s France was a more rigid, flawed and pitiless culture on the verge of decline. We see it now, in retrospect, as doomed, although it would be more than a century before Louis’s descendant and namesake was guillotined and the monarchy was discarded for a republic, albeit one rather different from its young American contemporary.

Revolutionary France, the ancien régime and today’s America all share something in common: tremendous excess, starting with an obsession with appearances, labels, packages, shapes and textures. It surrounds us, not only in material goods but also in words, images, sounds and other stimulants, and in the superficial zeal of all things, large and small.

There is a word for this: vulgarity. Yet ever since civilization became promotional in the way that we now know it—something to learn, teach and spread—its presumed opposite was called barbaric. Civilization or barbarism: this was the choice to make.

Barbarism may also be romanticized as primitive, akin to a state of nature, or simply as something or someone foreign. Vulgarity, however, is different, less romantic, and more telling. It intersects rather than opposes civilization, being not so much an alternative as an almost natural extension or outcome of all that is civilized: a glorification of ego, anywhere, everywhere and always. In his 1940 essay, Vulgarity in Literature, Aldous Huxley described it as “a lowness that proclaims itself—and the self-proclamation is also intrinsically a lowness.” It is therefore almost ubiquitous and probably inescapable, where “in every greatest king, in every loveliest flowery princess, in every poet most refined, every best dressed dandy, ever holiest and most spiritual teacher, there lurks, waiting, waiting for the moment to emerge, an outcaste of the outcastes, a dung carrier, a dog, lower than the lowest, bottomlessly vulgar.”

Civility and civilization then can make for an inverse relationship. As the latter reaches its apogee, the former recedes further away. Excess brings high and low culture together; myopia, predictability, boredom and decline set in. All the wrong people express all the right feelings in public because, as Huxley has written, such are expected, even demanded, blindly by the rest of us. This is the essence of vulgarity.

Maybe the Puritans had a point. It’s hard to stay virtuous for every long when you’re always touting your city upon a hill. In place of virtue—or rather, on behalf of it—the Puritans’ descendants, the Yankees, touted a culture of civility that came to equate virtue with good manners, temperament, intellect, erudition and taste. So did many other Americans. The eighteenth-century elite was, above all, a self-selected one that was as much attitudinal as it was material. It did not take long for it to recede.

Stow Persons in his history of the early Republic, The Decline of American Gentility, blamed social forces amid a rather different sort of ascendancy: that of the Jacksonians and their immediate forbears. And so it became necessary for the relatively young American elite to inoculate itself against ingrown tweed by transforming certain things like accents. This habit also stuck. A century later, Ben Bradlee would take pride in making his own the vocabulary and vowel sounds of the common bookie; the Bush family, in decamping to Texas, reinvented itself as true-blue patriots and, in the process, redefined (or, some would say, abandoned) the traditional notion of what it meant to be a gentleman in public life.