Don't Send U.S. Troops to Bail Out Allies That Won't Defend Themselves 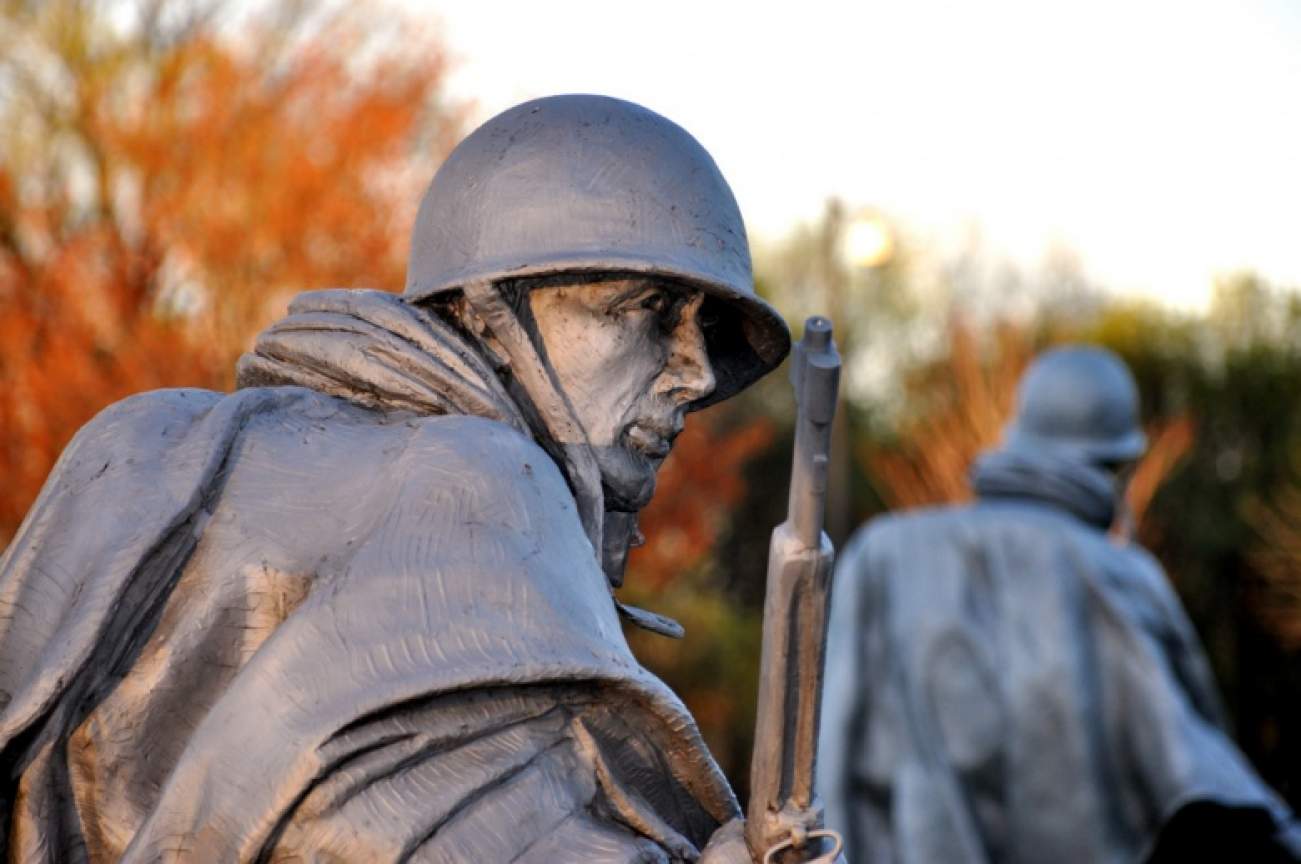 On June 30, 1950, following the North Korean invasion of South Korea, an ad hoc U.S. Army unit was assembled in Japan, thrown on whatever aircraft was available and sent to delay North Korea’s army long enough for a more robust American force to Pusan. This well-led but poorly equipped and inadequately trained group of about 500 American soldiers, Task Force Smith, hastily occupied a hilly area near Osan, covering the North Korean’s approach and were pushed aside by columns of North Korean tanks and infantry. After multiple failures to destroy the enemy tanks with obsolete bazookas, and under effective enemy machine gun, mortar and artillery fire, the group withdrew in disarray. They suffered sixty dead, twenty-one wounded and eighty-two captured, several of whom were executed. This vignette of the Battle of Osan has been used for decades by the U.S. Army to remind its leaders of their obligation to never send unprepared troops into combat.

Speedbumps are meant to be run over without completely stopping, and it is as true on asphalt as it is in warfare. The mission to delay is contained under the framework of retrograde operations alongside withdrawal and retirement. All three are necessary to prepare for, however none should ever form the basis of an American security posture overseas, much less constitute the first operation of any planned use of American forces. However, the National Commission on the Future of the Army, along with a large body of contemporary analysts are proposing just that.

The peerless quality of our armed services is a testament to our military’s capacity to learn. It is unlikely that a contemporary American fighting force could be pushed aside and rendered insignificant as that fateful battle in 1950. As a nation, we have devoted ourselves to not repeat the mistakes of Task Force Smith. Americans will never be forced to withdraw from the battlefield because of the ineffectiveness of their tactical leadership, training or equipment.

Should American troops withdraw from the field of battle, it will be because the allies on their flanks have collapsed and host nation troops are either ineffective or insufficient, or they run when they see tanks. It is remarkable in reading Lieutenant Colonel Smith’s memories of the battle that the South Korean Army is rarely mentioned, and never in the context of being part of the fighting. The fact that Lieutenant Colonel Smith and today’s analysts pay such little notice to the wartime activities of our allies is unsettling. It implies dangerous levels of arrogance that justify unilateral American military action to defend the sovereignty of nations that may be too ambivalent to protect themselves.

In the event America is drawn into conflict in defense of irresolute allies to deter or delay the attack of a common adversary, will a future Lieutenant Colonel Smith have incomplete memories of the Lithuanian or Philippine Armed forces’ combat? If we do nothing to motivate our partners to invest appropriately in readiness, then despite our own efforts we will see another Task Force Smith.

To a large degree, the weakness of America’s partners is in correlation to our arrogance. For the sake of our own security, we must reverse counterproductive approaches and force partners to a level of strength commensurate to their economies. Security dependencies developed during the Cold War continued unabated during the era of America’s “peace dividend”. Since America largely managed Europe’s Balkan crisis, kept NATO together and has led almost every Alliance security initiative, it is reasonable to assume that despite the robustness of their economies, many of U.S. partners elect to spend their tax revenue almost exclusively on unilateral, domestic social programs. Why not? American taxpayers and their elected representatives continue to demonstrate an extraordinary tolerance for subsidizing foreign territorial defense with our hard earned money and in the generations of citizen-soldiers sent forward to secure foreign borders.

Partners who don’t enjoy the economic largesse to realistically improve their militaries (such as the Philippines) must be encouraged to practice the kind of diplomacy that mitigates escalation and to refrain from the tactical level aggression that can trigger larger conflicts. Refreshing the conditions of decades old alliances may provide such an opportunity.

America cannot reasonably and ethically deploy troops that are not prepared if we wish to avoid another Task Force Smith. The 2nd Cavalry Regiment, stationed in Germany and the 173rd  Airborne brigade stationed in Italy, are scattered from the Black Sea to the Baltic in formations as small as platoons (roughly thirty troops) to as large as battalions (roughly 600 men and women). As superbly trained, led and equipped as they are, they aren’t any more able to stop a concerted enemy advance (as from Russia) than their Task Force Smith counterparts were in 1950. Adding a few thousand more heavily armored troops, as stipulated by the blue ribbon commission on the Future of the Army, without a commensurate increase in host nation defense effort, increases the potential American casualty and loss.

The situation need not be so dire. However, many of our allies—including several of the prosperous European ones—continue to shortchange our mutual defense architecture and prove to be unreliable. NATO spending on defense as a whole dropped by $150 million between 2014 and 2015, a trend likely to be repeated this year. The quantity of money being spent is not only the issue, but where it is spent. Bloated officer corps and myriad cost-saving initiatives are where Europe chooses to squander its modest contributions to self-defense. The German army, for example, is responsible for defending the fourth largest global economy, yet possesses fewer tanks than the U.S. armored maintains at Fort Hood, Texas. This is somehow the case despite the fact that Krauss-Maffei Wegmann, one of the world’s largest exporters of armored fighting vehicles, manufactures the Leopard 2 Main Battle Tank in production lines dotted across Germany. Those that have served with the NATO force in Afghanistan will attest that Germany was not alone in relying on the US for aerial medical evacuation for its critically combat wounded soldiers in 2013. At the same time, they sustain and continue to acquire a fleet of unreliable yet regionally produced and economically attractive helicopters. Are these really the allies we expect to guard our Army’s flanks overseas?

To be fair, America has allies that are as committed and responsible about mutual security efforts as we are. Australia, Japan, South Korea and the UK are robust, committed and sophisticated enough to avoid the risky behaviors of our more poorly equipped and strategically inept security partners and maintain well equipped and trained, albeit small, militaries. Despite these exemplars of what useful allies might look like, America continues to allow itself to expand its security liability by fostering relationships with nations like Montenegro, Macedonia and Albania that have little potential to return on American investment.

America risks the increasing probability that troops will die in defense of a country whose commitment to protect itself is lukewarm at best, and will not lift a finger to hold an American flank. Eyewitnesses recounted this scene before the battle of Osan:

“A miscellaneous assortment of about a hundred Korean trucks and vehicles assembled by Colonel Emmerich transported the men of Task Force Smith the seventeen miles from the airstrip to the railroad station in Pusan. Cheering crowds lined the streets and waved happily to the American soldiers as they passed. The city was in gay spirits-flags, banners, streamers and posters were everywhere. Korean bands at the railroad station gave a noisy send-off as the loaded train pulled out at 2000.”

The reality is that we are already committed, so the question becomes one of what to do with the situation we are in. Most critically, we must apply our significant capability in a decisive manner. There should be no delay mission for an American force on foreign soil. Think Abrams at Bastogne, not McAuliffe. Americans should deliver salvation, not buy time for others with their blood. Our contemporary commitments must reflect that mindset.

We must also stop accepting the status quo and be prepared to manage the risks associated with a new security order. This means we stop equivocating for grossly imbalanced partnerships that bear no mutually beneficial fruit. It means we tell nations like the Philippines that antagonizing adversaries invalidates the conditions of our mutual defense treaty, and demonstrate it by restraining ourselves from intervening when they lose a lopsided war over a spit of land. It means we tolerate a world where defense budgets are spent uniquely on American security, and security agreements achieve explicit, equitable, mutual interests.

We must register our dissatisfaction with weak partners in terms of consequences, rather than via the unproductive hyperbole each defense leader delivers at various annual allied conferences. Consequences include placing host nation armies at the front and center of any combined plan to defend their sovereignty. Where Americans deploy, there must be an equal or greater commitment of host nation forces. Where allied forces are inadequate to meet requirements, we incentivize necessary growth. We do so by withholding commensurate levels of our own contributions, particularly among those nations most likely to benefit from our support and who present the most risk.