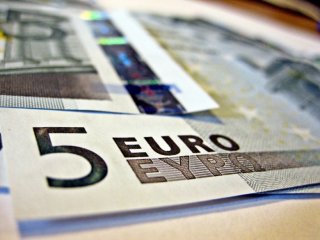 Mario Draghi, President of the European Central Bank, must feel desperate. The low inflation recently reported in the eurozone must tell him that he is losing the ability to ease the eurozone’s fiscal-financial strains. With that loss, Draghi knows he will also lose the ability to buy time for the zone’s governments to implement desperately needed budgetary and economic reforms. If markets do not show it yet, the pressure of this crisis is intensifying on every front.

The figures coming out of the eurozone are grim. According to Eurostat, the statistics bureau of the European Union (EU), the German economy, until now the major source of strength in the eurozone, declined during the second quarter. The Italian economy also declined. France, the zone’s second largest economy, has stagnated and only avoids the recession label on technical grounds. Perhaps even more threatening than the prospect of a generalized recession are the inflation figures. Zone-wide prices have risen a mere 0.3 percent during the past twelve months, far below the 2.0 percent ideal identified by the European Central Bank (ECB) and perilously close to deflation, a frightening condition widely associated with Japan’s more than two decades of economic decline.

Deflation threatens with more than just vague prospects for economic failure. An element of inflation has played an essential role in the ECB’s efforts to resolve the crisis. Policy implicitly counted on rising price levels to reduce the real value of outstanding debt, effectively putting time on the side of relief. With near-zero inflation, time no longer offers help. Outright deflation would actually make it an enemy by raising the real value of outstanding debt. The ECB also counted on inflation to help reduce real financing costs. Two years ago, for instance, zone-wide inflation of 2.5 percent cut that amount annually off the real burden of interest expenses. Combined with the then prevailing 1.5 percent benchmark short-term interest rate, this inflation effect actually took real financing costs into negative territory, to -1.0 percent, in fact. Now, though the ECB has decreased the benchmark interest rate to only 0.05 percent, inflation of only 0.3 percent does that much less to ease real financing costs, which, though still negative, have risen to -0.25 percent, a 0.75 percentage-point rise. It is as if the ECB had tightened monetary policy.

Because President Draghi and others at the ECB are well aware of these effects, they have turned to unconventional means in what looks like a desperate effort to continue some level of financial relief. The near-zero-rate policies speak to this condition. It was not long ago, after all, that the ECB resisted such policies as they were pioneered by the Bank of England and the Federal Reserve in the United States. The bank has also decided to stop paying commercial banks interest on reserves left idle with it and has begun to charge them, raising that cost recently to 0.2 percent a year. This novel, negative-rate policy, Draghi hopes, will spur commercial banks to use their idle reserves for lending, stimulate economic activity and help block any drift toward deflation. It might work, but it is hardly in the character of the old, conservative ECB. Still more, Draghi announced that the bank would earmark close to €500 billion euros to buy asset-backed bonds in European financial markets and so channel funds directly to borrowers—again, to stimulate economic activity and generate inflation instead of deflation. This quantitative easing, too, was something the bank had resisted. It speaks to how far the ECB has come, and to its desperation, that Germany’s Bundesbank has overtly criticized these policies.

Matters would be intense enough, if the zone’s governments had already begun their fundamental reform efforts. They are that much more intense because few have used the relief bought for them by the ECB to do much of anything to make their economies more dynamic, efficient and competitive. It speaks to this problem that the deflationary threat itself has roots in the failure to reform. Had they proceeded with the kinds of changes pressed on them by the ECB and Germany, they would have long since dispensed with the subsidies they use to prop up inefficient and unprofitable operations, and used the savings to offer tax relief to effective producers. But the taxes remain high and these props remain in place. These unprofitable operations have accordingly glutted markets and driven down prices. Italy, for instance, has kept open a large Sicilian oil refinery, even though it has accumulated €10 billion in operating losses during the last five years and the country uses 30 percent less gasoline than it did eight years ago. France and Italy have used subsidies to keep open eighteen auto plants that also run losses. Italy still provides tax subsidies to keep open factories producing household appliances that the Swedish owner, Electrolux, has identified as unprofitable.

The picture looks bleak. The ECB’s ability to help is evanescing and these countries seem unwilling to help themselves. Though things seem poised to fly apart at any moment, they may well hold together for longer than seems possible, if only because people want them to do so. If Europe’s periphery now uses the remaining breathing room offered by the ECB’s redoubled efforts and implements needed reforms, this can yet work out. If, as it seems, these governments are determined to waste the opportunity, the eurozone as it is currently structured looks scheduled for upheaval—at the very least—and perhaps dissolution.